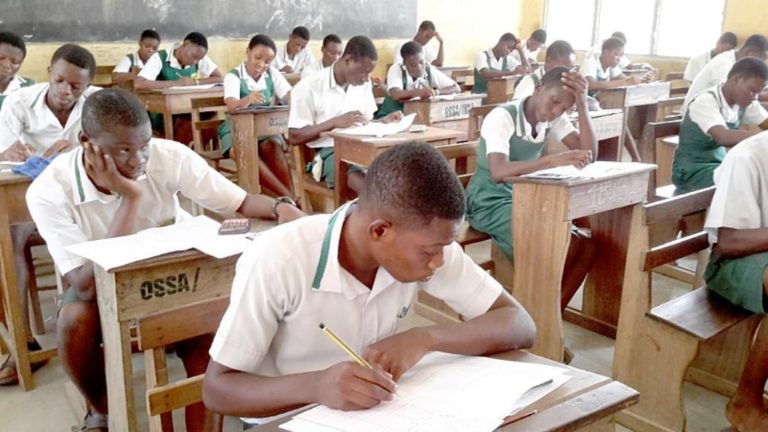 This is against the A1 to C6 tertiary qualification, the Director-General of the Ghana Education Service (GES), Professor Kwasi Opoku-Amankwa, has said.

In an interview with the Daily Graphic on the 2021 WASSCE results released yesterday, Prof. Opoku-Amankwa said candidates for the "2021 WASSCE are the pioneers of the double-track school calendar introduced in 2018”.

"This points to the fact that the double-track school calendar was a game-changer in allowing more students to have access to free quality senior high school (SHS) education without compromising on quality,” he said.

The 2021 WASSCE candidates were the first batch of the double-track programme introduced in 2018.

Prof. Opoku-Amankwa explained that management of the education sector saw the performance of the candidates as a vindication of the double-track programme, “which was criticised as watering down the quality of education in the country.

“The performance of the candidates is an indication that the double-track intervention, which was heavily criticized was not a mistake but a game-changer,” he added.

The West African Examinations Council (WAEC) released the provisional results of school candidates who sat for the WASSCE this year.

A statement signed and issued by the Head of the Public Affairs Unit of WAEC, Mrs Agnes Teye-Cudjoe, said, “The provisional results indicate that there were improvements in the performance of candidates at grades Al to C6 in Integrated Science and Social Studies in 2021, as against 2020.”

The statement said English Language and Mathematics (Core) recorded a decline in the performance of candidates at grades Al to C6 in 2021, compared to 2020.

But in a trend analysis, Prof. Opoku-Amankwa said the past four years had been exceptional, with candidates topping 50 per cent plus on average, adding: “Significantly, it is the 2020 and 2021 candidates (free SHS candidates) who attained 60 per cent in aggregate percentage passes in the core subject areas.”

The GES Director-General said 2020 and 2021 were the only years in the past seven years when more than 50 per cent of the candidates obtained A1-C6 in all core subjects.

Assigning reasons for the performance of the candidates over the past few years, he said the various interventions rolled out by the government with the introduction of the flagship programme "did the trick".

He listed some of the interventions to include the training of Mathematics and Science teachers, the provision of core textbooks for all students and the training and digitalisation and dissemination of training materials to all schools.

"Others include the delivery of remedial packages to all students and the increase in contact hours," Prof. Opoku-Amankwa added.

Touching on general challenges in recent times, he identified the purported fake leaked papers in the final examinations, saying they destabilised the candidates.

Additionally, he said, the persistence of the COVID-19 pandemic and the initial challenges when schools first reopened were among some of the challenges identified.