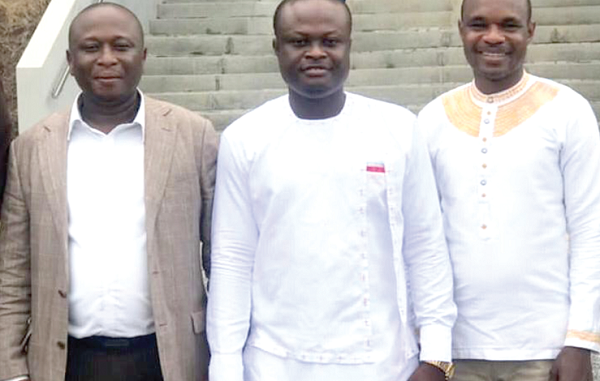 Three lecturers of the University of Environment and Sustainable Development (UESD) in Somanya in the Eastern Region have won this year’s African Economic Research Consortium (AERC) Award.

The awardees — Dr Isaac Larbi, Dr Sam-Quarcoo Dotse and Dr Andrew Manoba Limantol — were the only team of applicants selected from Ghana out of the 15 teams which won the award.
Each team received a $15,000 research grant to provide a climate risk profile of countries within the Volta River Basin.

The awardees will also conduct research on a flagship project, titled: “Climate change and economic development in Africa’’.

The organisers, AERC, is a not-for-profit organisation established in Nairobi, Kenya in 1988 and devoted to the advancement of research and capacity building of institutions, with focus on the African continent.

The consortium’s collaborative programmes include addressing topical issues by bringing together seasoned researchers in Africa and around the world to generate policy-oriented research.

The lead researcher of the UESD team, Dr Larbi, in an interview with the Daily Graphic, expressed appreciation for the award and said they were excited to have been selected from the many applicants from Ghana.

“It is a feather in the cap of our university, since this is the first grant the university, which is a year old now, has applied for and been awarded. This grant is going to open more doors for the university to move at a faster pace,’’ he added.

According to him, the findings of the research would, among other objectives, determine the level of priority to be given for collaborations between scientists and policy makers on climate risk management in West Africa.

“The findings will also inform the type and level of disaster risk reduction and adaptation strategies to be adopted by the various riparian countries of the Volta River Basin to prevent or reduce the loss of lives and poverty from meteorological extremes,’’ Dr Larbi said.

The Vice-Chancellor of the UESD, Prof. Eric Nyarko-Sampson, congratulated the lecturers on their tremendous effort, which he said had enhanced the image of the university.

He said even though the university was still young, it had both human and material resources to deliver to the expectation of the nation and, therefore, urged students to apply for the various programmes it had on offer.

“Per the courses and programmes we offer, we have what it takes to achieve results; we want to make an impact in university communities and the country at large,” he added.