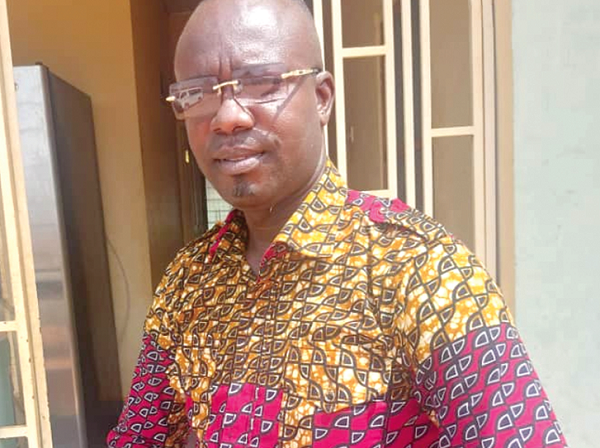 Members of the Colleges of Education Teachers Association of Ghana (CETAG) are demanding their full conditions of service and other compensatory benefits from the government.

The group has given a deadline of August 31, 2022, for their demands to be met; else they will advise themselves.

The call was contained in a press statement signed by both the National President, Mr. Prince Obeng- Himah and the Acting General Secretary of CETAG, Mr. Thomas Ampomah respectively on Monday, August 22, 2022.

“The Association has observed with uneasiness government’s relaxed attitude in ensuring that tutors in the colleges of education are given full and better conditions of service to encourage them to give off their best in the training of pre-tertiary teachers who, in turn, train the future leaders of the country,” the group said in a statement.

According to CETAG government has delayed in giving its members full conditions of service despite several negotiations since August 2021, adding that the attitude of the government contravenes Article 24 (1) of the 1992 constitution of Ghana.

“In conclusion, CETAG wishes to serve clear notice that if by 31st August 2022, the government has not given us our conditions of service which include our demand for unconditional extension of the parallel rate of generic and research allowances paid to analogous tertiary institutions to the academic staff of the colleges of education and compensation package to tutors for the all-year-round academic work, all members of CETAG across the 46 public colleges of education shall strongly advise ourselves,” CETAG warned in the statement.

Members of CETAG went on strike in January 2022 over the same issue.

Colleges of Education closed down over CETAG strike

Strike is still on — CETAG

CETAG to call off strike after meeting constituents — President

Read the full press statement below: 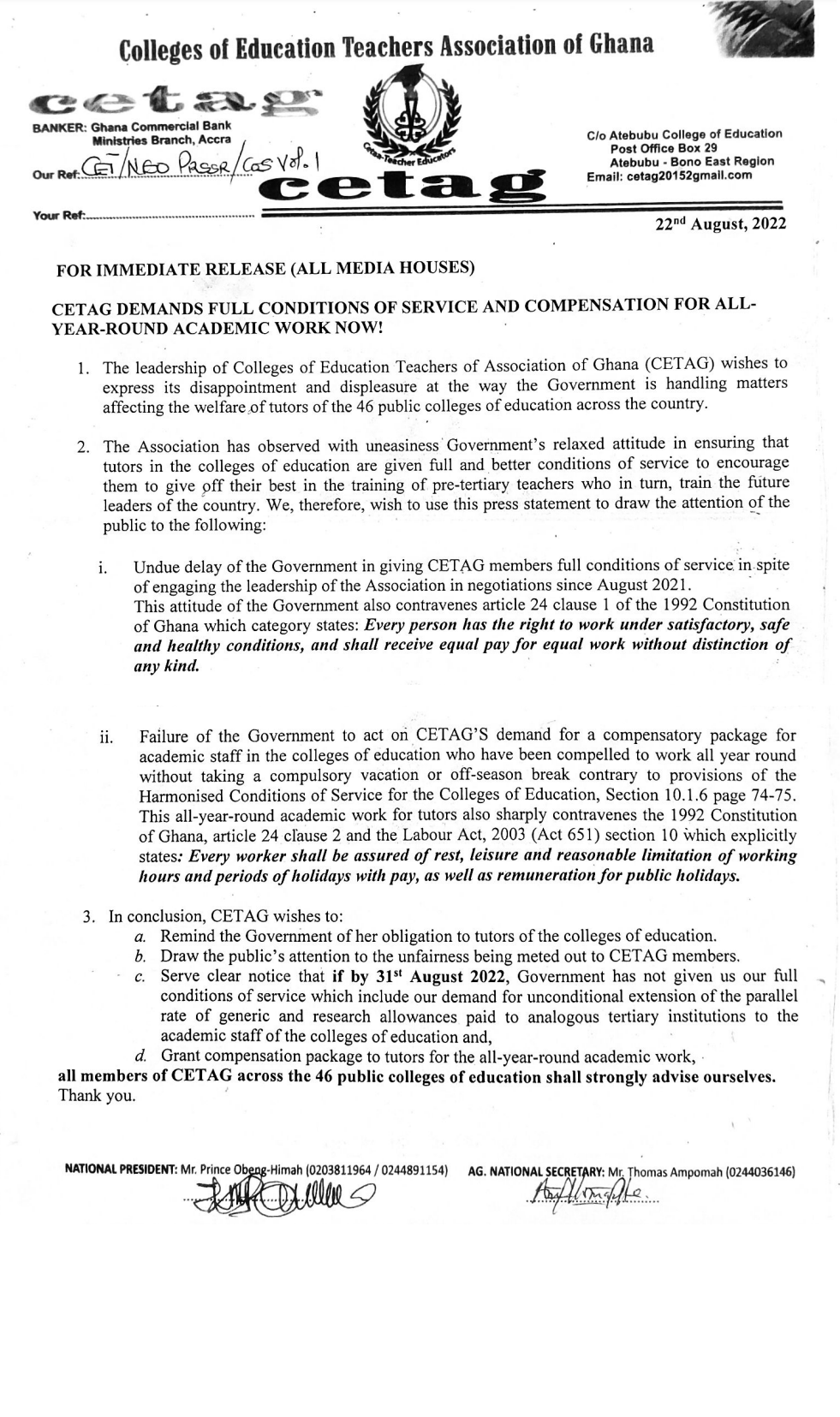