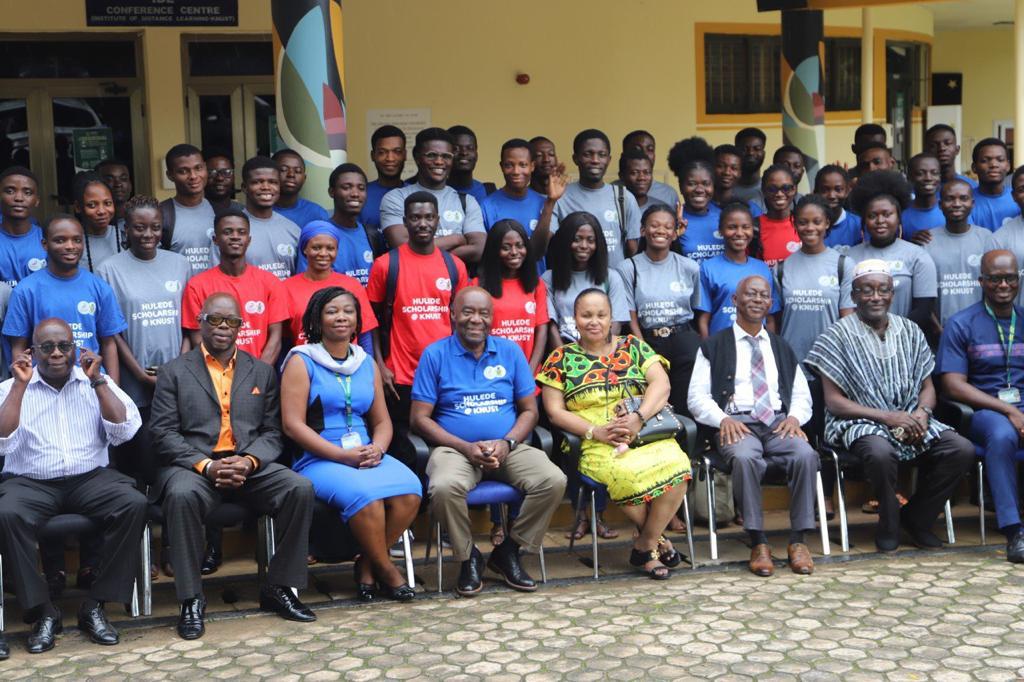 Patrick Hulede (seated 4th left), some relatives and authorities of the KNUST in a group photograph with the beneficiaries. Those with them include Prof. Rudolf Steiner(in smock), a lecturer, Department of Integrated Rural Art and Industry.
30.5k Shares

A non-governmental organisation based in the United States of America, Hulede Foundation, which seeks to identify brilliant students who are genuinely underprivileged to assist them in their pursuit of higher education, has supported 102 needy students of the Kwame Nkrumah University of Science and Technology (KNUST) to defray fees they owed the University.

The students, who are at various levels and pursuing various programmes of study, needed to pay the fees as a requirement to continue their academic career.

Last Tuesday, August 30, 2022, the founders of the organisation organised a seminar for the beneficiaries at the University campus to interact with them, and more importantly to access how the support has impacted their lives.

They welcomed the intervention because, considering the limited time they had to pay their fees, there were little they could do.

Sharing their testimonies, the students said the intervention to get the organisation come to their aid was, perhaps, a miracle.

Some of them became emotional, when sharing their predicaments as a result of not being able to pay their fees.

“I lost my father a year after I entered KNUST, and, but for the intervention, I would have dropped out from university and forgone my dream of becoming a medical doctor,” Mauduana Ama Menyah, one of them, said. 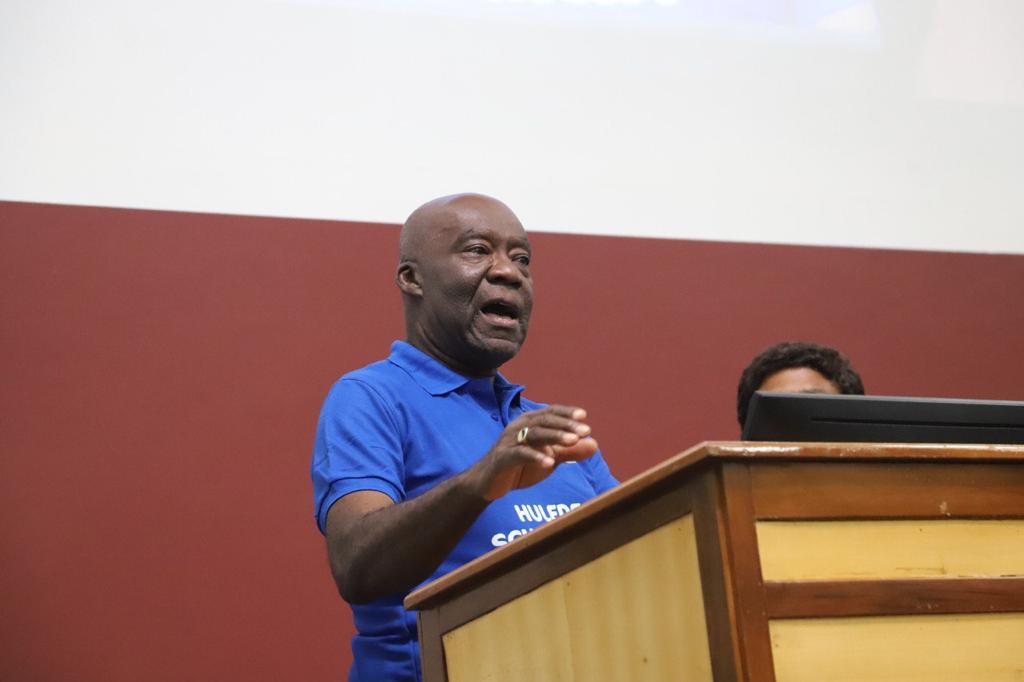 Patrick Hulede, co-founder and Director of Hulede Foundation, speaking at the event.

The Deputy Director of Students’ Affairs in charge of Housing and Welfare at KNUST, Professor Marian Asantewah Nkansah, lauded the organisation for its generosity towards the students and, to a large extent, the university.

That notwithstanding, she said the university had numerous of such scholarship packages such as Mastercard Foundation scholars programme, the Ghana National Petroleum Corporations (GNPC), the GET-Fund, MP Common Fund and District Assembly Support, but they were not enough to cater for the numerous needy students.

Two brothers, Patrick Hulede and John Hulede, set up the foundation in honour of their late father, Patrick Hulede, who was once the Founder and first Manager of the KNUST Printing Press.

“We are not just interested in giving out financial support, but also in cultivating a relationship with recipients with the view of assisting them through mentorship, career development and other life opportunities,” Patrick Hulede, co-founder and Director of Hulede Foundation, said.

He added: “Our ultimate desire is to encourage the recipients to develop and maintain the culture of giving back to society.” 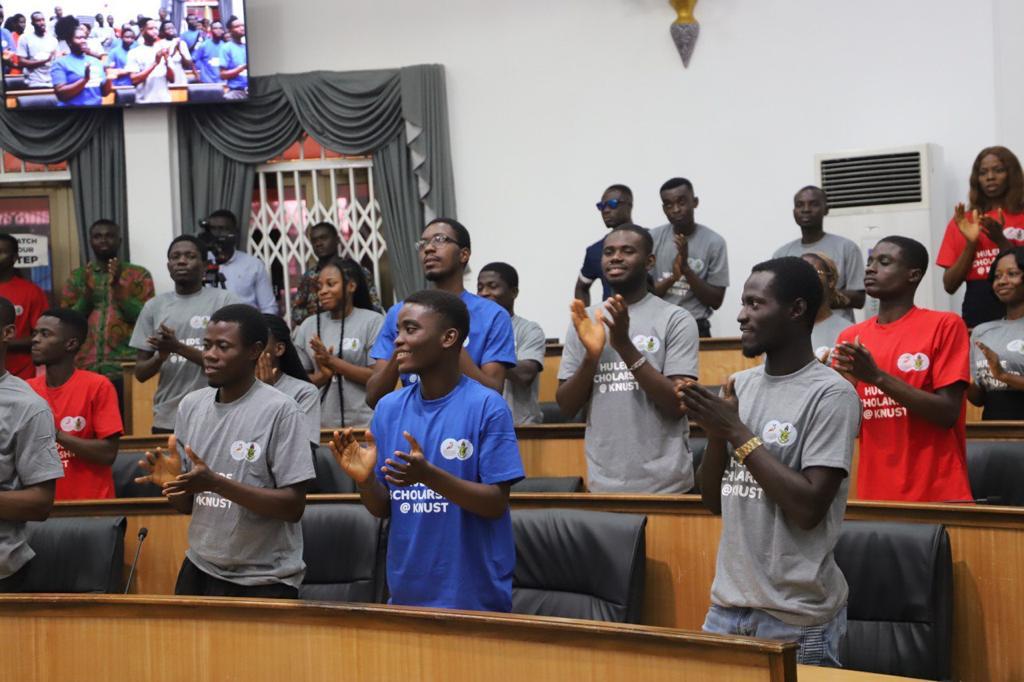 Some The beneficiaries observed a standing ovation in appreciation of the support.