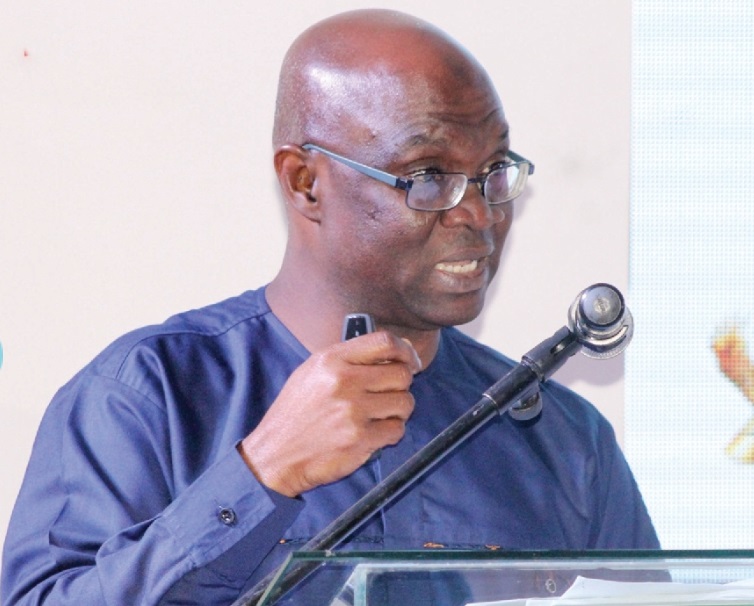 Every student applying to any university in the country will do so through a single platform called the Centralised Applications Processing Service (CAPS).

The arrangement is expected to start for the 2023/2024 academic year admissions to both public and private universities.

The Director-General of the Ghana Tertiary Education Commission (GTEC), Professor Mohammed Salifu, who disclosed this to Graphic Online's Severious Kale-Dery, said the commission was currently working with all stakeholders to ensure that the portal was up and running for the 2023/24 academic year.

In an exclusive interview with Graphic Online in Accra, Prof. Salifu said the GTEC had already met with all vice-chancellors and chancellors in the country and other relevant stakeholders on the development and was currently working with a consultant on the various technical issues.


“Currently, we are doing some validation with the West African Examinations Council (WAEC) to see how we can interface its data. We need to be able to pull the West African Senior School Certificate Examination (WASSCE) results onto the portal to make them accessible to the universities to do their admissions.

“So, at the operational level, our information technology (IT) people and the consultant are talking to WAEC to see how we can do that,” Prof. Salifu said.

The CAPS is one of the key reforms of the tertiary educational sector which started in 2017 as part of the Tertiary Education Policy.

It was perceived as the university version of the Computerised Schools Selection and Placement System (CSSPS).

However, unlike the schools placement system for senior high schools, CAPS, the universities would retain full control of the admissions processes, he said.

“They will continue to make the decisions as to which students to admit into which programmes, subject to the national minimum entry requirements and institution-specific departmental requirements,” the director-general explained.

In an interview that bordered on the prospects of the CAPS, Prof. Salifu explained, in relation to recent developments, that if finally implemented, the portal would resolve the issue of unaccredited programmes, since no unaccredited institution or programme would be allowed on the portal.

"If we set up that portal, it will resolve this once and for all because every university that will be on the portal and the programmes it offers shall be accredited,” he explained.

He added that since students must visit the portal to apply, "there will be no risk of applying into programmes that have no accreditation”.

"So, in addition to all the good reasons CAPS is necessary, this is another reason we need it. It will be an effective way of curbing unaccredited institutions or programmes, " he explained.

Among other things, he said CAPS would simplify and make the process of applying for admission to universities more convenient and affordable to prospective applicants, while providing a treasure trove of data in real time for monitoring policy implementation.

He recalled that when the issue first came up, the then Minister of State in charge of Tertiary Education, Prof. Kwesi Yankah, had led the vice-chancellors of public universities and their registrars to the United Kingdom (UK), at the instance of the Association of Commonwealth Universities (ACU).

The visit, he said, was to enable the delegation to learn best practices in the UK, which run a similar system known as the Universities and Colleges Admissions Service (UCAS).

"When we came back, we designed the framework from the original concept note, and an implementation committee, chaired by Prof. Emmanuel Adow Obeng, a former V-C of the University of Cape Coast (UCC), was put in place to drive the process,” he said.

“But the only issue that held us back from implementing it was that we needed a budget line from the Ministry of Finance, and that delayed us a little," he explained.

He said last year the Ghana Education Trust Fund (GETFund) agreed to absorb the budget into the formula and, therefore, committed the funds for the project.

The director-general further explained that the implementation committee had recently met with V-Cs to apprise them of the latest developments, considering that some of the original cohort engaged at the initial stages had since retired.

Some concerns, he said, were raised about the application fees sharing formula, among others, which concerns GTEC and the Ministry of Education were very amenable to incorporating in the implementation plan.

Prof. Salifu added that the implementation committee assured the V-Cs that they would continue to have full control of admissions because "no one will sit at the CAPS Secretariat and post students to the universities”.

He explained that the universities would still be the ones to decide who would be admitted to what programme, subject to minimum requirements.

"So nothing will change in terms of decision-making. They will take the decision, except that there will be better checks and balances in managing the process,” he said.

He was confident that the portal would be a useful platform for private universities to advertise themselves and their programmes and improve their overall visibility.

"Being on the portal will give private universities visibility and recognition because only institutions that are credible and legitimate will be on it," he explained.

On the advantages of the portal, Prof. Salifu further explained that with one access code, an applicant could apply to three universities at the same time and be able to choose three programmes in each university.

The process, he said, would be such that if a qualified candidate applied and was not picked in the first instance, he or she could take advantage of a special arrangement called the “CAPS Mall”, which would operate like a shopping mall.

“At the mall will be all students who were not picked and universities still looking for students. Alternatively, applicants who get offers from universities but do not like the programmes offered them can go to the mall to search for their preferred programmes in different universities,” he said.

Prof. Salifu said he believed the CAPS would be a major game changer in facilitating university admissions and easing access to prospective applicants.

He acknowledged the heightened interest already shown by private universities and the smaller and growing public universities in particular and urged all to support the initiative for its successful implementation.