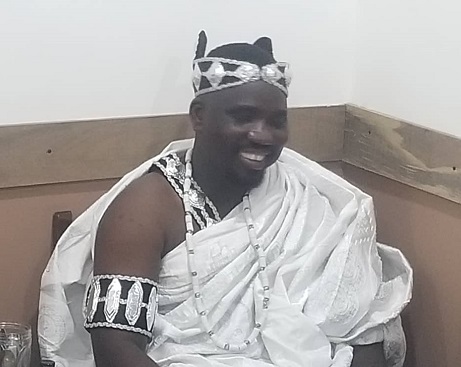 The Dzaasetse of Abola, Nii Okai Awuah II, whose private name is Stephen Ako Thompson emphasised that Nii Ajumako Noryaa I was chosen among several candidates who put themselves up for the title.

He described him as a very deserving man who has achieved a lot as an entrepreneur.

A representative of the Abola family, Mr Ebenezer Acquah Nunoo, for his part said the enstoolment and subsequent coronation was the beginning of great things to happen to Abola.

Making his remarks, the newly installed chief, Nii Ajumako Noryaa I, stressed that the Ga state which encompassed Abola was in a state of decay, adding that there was the need to fix the challenges of the Ga state.

“It is disheartening to see the lack of progress in the Ga State since other tribes and ethnic groups have taken over our land,” he stated.

He remarked that as a development chief he would ensure the rapid development of Abola and the Ga state as a whole.

He further noted that “from today the Ga state will change because for the first time we have enstooled the rightful heir apparent”.

The Abola Noryaa Manye who was also introduced pledged to support the development chief in initiating educational and vocational opportunities for the youth in the area, especially pregnant teens.