Queen Elizabeth II: A Ruler of the Times

“Why is everyone talking about this lady?” My youthful in-law is awed by the huge impact of the death of Queen Elizabeth II in global news. I explained to her that the Queen had been hugely historical, coming from a stock that once controlled a quarter of the globe through imperial, colonial power reduced to 14 countries currently under her headship. The fascination increased as I explained the Queen’s oversight of a Commonwealth through which the current independent states continuously receive diverse benefits from the former coloniser.

As a mother and beneficiary of the Free Maternal Aid from Britain, the youngster quickly grasped my explanation that after gaining independence, the Queen’s country has continued to support Ghana in grants and aid. Indeed, the Commonwealth has heavily supported education among Ghanaians who study overseas. It supports not only learners, but the nucleus family as well, many of which beneficiaries refuse to return to the country to help, thereby, defeating the purpose of the Commonwealth Scholarship.

The conversation also reminded me of a question that has nestled in my heart throughout my growing years and postcolonial studies. How did the Queen feel about the former colonies that feverishly and fervently wrenched their independence from Britain but have not really managed their resources for economic autonomy as they so boisterously claimed in pre-independence days? The uncertainty describing the period after independence as (post)colonial or postcolonial highlights the blur regarding the "pastness" of the past, in academia as in geo-politics.

A more crucial question is how the former colonised have utilised their independence to further human interests for six decades. Most of the independence fighters promptly became local colonisers as soon as the foreign coloniser left. Ghanaian society is smirched with layered forms of degradation in human rights. In many domestic spaces, young girls labelled “maid servants” are treated in dehumanising ways.

Some parents molest their children, even selling some of them into child labour. State structures established and paid to protect and improve human rights are nauseously intrepid, hence, focus strays from human to wealth. Betrayal from a foreigner does not cut as deep as betrayal from one’s own.

Therefore, in mourning the Queen of England, we also ponder about our responsibility and/or complicity in (mis)handling natural, infrastructural and human resources. Objective analyses of management of resource in pre-colonial, colonial and (post)colonial days will constitute effective guide. We should also seriously contemplate our failure in making education work to maximum benefits, the growing superficiality in fixating on certification instead of nurturing knowledge and skills which enable effective utilisation of resources for genuine independence.

The globality of the mourning is itself a history, violent past nations within the commonwealth fighting to localise state headship, notwithstanding. Indeed, through her quiet but gritty leadership, Queen Elizabeth II symbolised stability through tumultuous changing times. Respectfully, Ghana, India, others are flying their flags half-mast for a week. Apparently, Hong Kong has not mourned any of its past leaders in the heightened manner they are mourning the Queen. 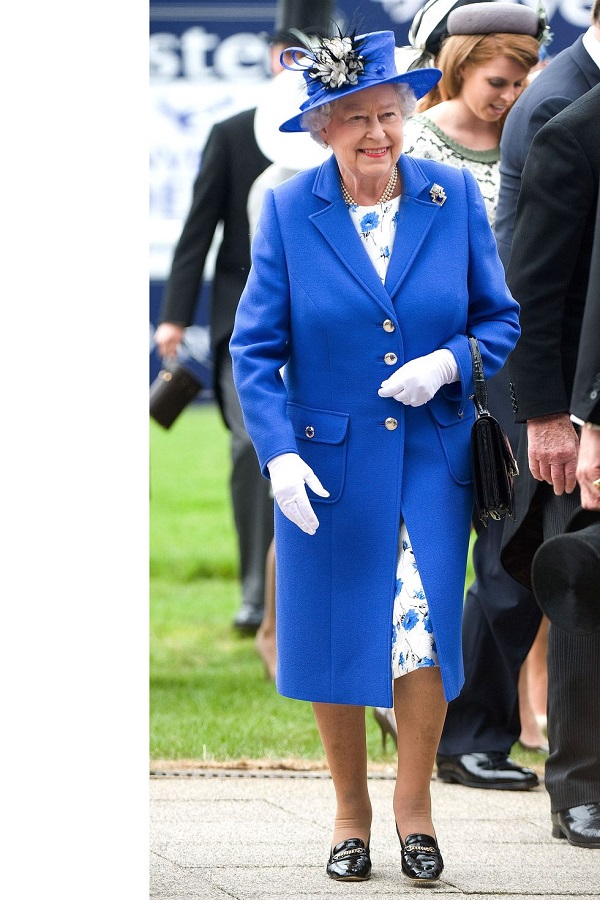 Even in Belfast, where the struggle to leave the UK is quite fierce, the statesman who proclaimed the Kinship of H.M Charles III eulogised the late Queen as “a lady who has contributed so much to the country, to the world, to the Commonwealth!” One state figure described her as “one of the threads that binds UK”. A British Broadcasting Corporation (BBC) reporter aptly summed public emotions as the Queen’s remains moved from Balmore to Edinburg: “… a final display of devotion to the Queen”. Strolling in Edinburg’s Green Park got a theme of gratitude: “… the slow, quiet walk through the park, the mood sombre and thankful”. Laying flowers, queuing on the street for a glimpse of King Charles III or the Queen’s cortege emanated from the urge to “do something or go somewhere as a way of paying their respects”. Across the globe, people share “wonderful memories of a wonderful lady” and “… thank the Queen for her wonderful service”.  The do-not-knows should read for a glimpse of the complex colonial history that continuously shapes our present.

Queen Elizabeth II, a model of fashion decency, authored a simple funeral arrangement for herself. The small cortege has impressed my in-law, compared with the large ones she often witnesses in Ghana.

“Sometimes, history unfolds quietly”, was how a reporter conceptualised the quiet weepy human presence from Balmoral through Aberdeen to Edinburg through to Buckingham Palace. Similar respectful silence greeted the pronouncement of the death of one Royal Majesty and the installation of another Royal Majesty in Welsh and Belfast. To the effective communicator, the respectful silence genuinely dignified the Queen.

Funerals have become a major source of noise pollution and violent invasion of privacy in Ghana. Music blares from dawn to dust for burial and continues the following day. Noise and revelry detracting heavily from solemn occasions have become characteristic. There are valuable lessons of sombreness to be learnt from the royal funeral.

The Queen understood and knew how to change with turbulent times. Her astuteness endowed her with grit and objectivity in duty. I join millions in paying respect to Her Majesty Queen Elizabeth II, a dynamic leader of the times.

The writer is a Senior Lecturer, Takoradi Technical University,
Takoradi.