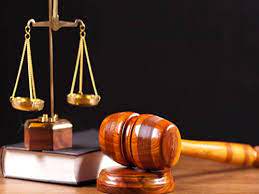 A 39-YEAR-OLD lotto agent in Ho, Kwame Ahorku Fofo, who has three wivesand 11 children, often had sex with three of his daughters and threatened to neglect them if they resisted, the Ho Circuit Court has heard. According to the prosecution, the accused started subjecting the girls, who are now 16, 13 and 11, to sexual assault three years ago.

Fofo pleaded not guilty to three counts of incest when he made his first appearance before the court on Tuesday, July 26. Chief Inspector Clever Ayayee, who presented the facts, told the court presided over by Mr Felix Datsomor that Fofo brought the girls over to Ho from their mother in Togo four years ago to live with him. Soon after that, he started having sex with the girls, the court heard.
Warning

The accused, on many occasions, warned the girls never to disclose what he did to them to anyone, otherwise he would neglect them, the prosecution added. The court was further told that although the girls always resisted his sexual advances towards them and pleaded with him to spare them the agony, Fofo ignored them and went ahead with the incestuous acts. The prosecution said the accused often told the girls that he was having sex with them to help them live.

On July 11 this year, the 13-year-old daughter approached Fofo and pleaded with him to send them back to Togo, and told him that they were very unhappy with what he was doing to them. That, according to the prosecution, angered the accused who pounced on the girl and slapped her.

The victim, who then fled the house out of fear that night, was spotted by a neighbour who inquired from her what she was doing outside home at that unusual hour. At that juncture, the prosecution said, the girl revealed the sufferings she and her sisters had been going through at the hands of their father. Subsequently, a report was made to the police, leading to the arrest of Fofo.

The work of deities
The court was told that Fofo admitted having sex with the girls in his caution statement but blamed the incestuous act on the work of deities. Defence Counsel Atsu Agbakpe prayed the court to grant his client bail, saying the allegations levelled against him might well
be a case of mischief on the part of the girls, for which reason it was important to give the accused the benefit of the doubt.

The prosecution, however, insisted that the accused could hinder witnesses in the case when granted bail. Apart from that, the possibility of the accused jumping bail could not be ruled out, said the prosecution. The court denied Fofo bail, citing the seriousness of the case. The accused was remanded in custody to appear again on August 11. Meanwhile, social workers have taken custody of the girls.
Email: This email address is being protected from spambots. You need JavaScript enabled to view it.