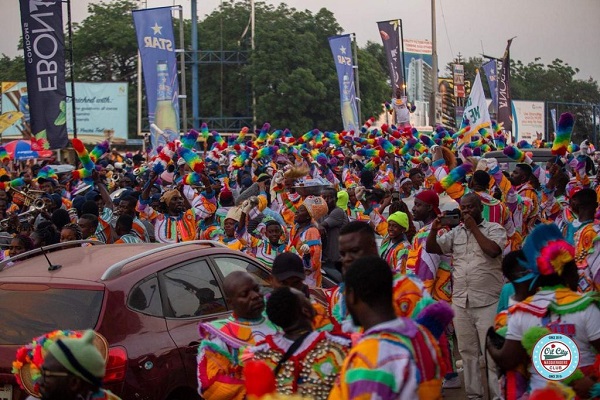 For some people, celebration of the Christmas holidays can not be complete without experiencing the age-old tradition of the Western Region’s colourful masquerade street carnival.

For them, it is about riding on the popular catch phrase “Christmas is Taadi and Taadi is Christmas” to catching a glimpse of giant masquerades, in different costumes and dancing to brass band music. It is an event dubbed “Westside carnival”. As part of the carnival, the various masquerade groups, after going through principal streets, mount a stage to display their music and dancing skills.

Though there were indigenes who looked forward to it every year, the event saw people who had never been to Takoradi making way into the oil city for the carnival. The event takes place in all the towns in the region.

Journey
The excitement of their journey to the west was not only seen in their social media comments but also in the pictures and videos they flooded their pages with. It was seen of them displaying their dancing skills and costumes of different designs as well as the masks they wore.

Some of these individuals told The Mirror that the event was a great opportunity to network.

According to them, they had the opportunity to make contact with various businessmen and women from the diaspora. There were those who used the event to visit some tourist sites in the region, explaining that the hotel rates were very affordable as compared to Accra and some other regions.

Here are some experiences first time participants and some indigenes at the carnival shared with The Mirror. 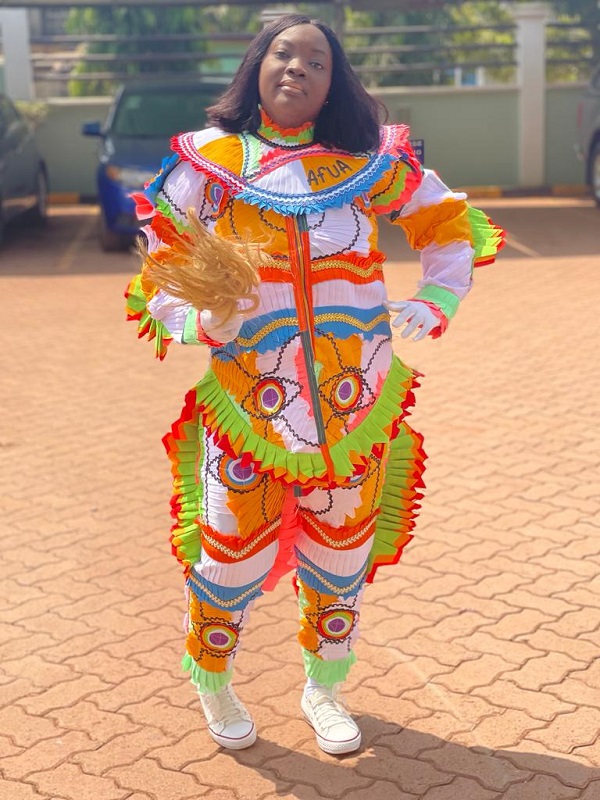 It is fun. It is my first time and I don’t even want to return to Accra. They have other masquerade groups coming in from the Central Region and so it is a whole big event. It is a big tourism experience for us. It creates jobs for the local dressmakers too. I paid GH¢ 270 for my costume and I understand there were 10 dressmakers sewing about 4000 costumes. Even on the first day of the event, they sold costumes for GH¢ 600. It is a big thing and I think we should support it to boast local tourism.

On December 22, 2022, they unveiled the costumes of the various groups and it was so beautiful to watch as the various members wanted to see which group had the most unique design or style. It was more like a competition of who got the nicest costume. The dressmakers did so well.

There were over 52 masquerade groups, with both young and elderly men and women as members. The groups had names such as USA, Supreme, Canada, Anchors , Classic ladies, Oil city and Oshe W’akuma Mu.

When you hear USA, it means the person who formed the group is in the USA. Some of these groups are often financed by Ghanaians in the diaspora, who are also very active members.
Oshe W’akuma Mu has branches outside Takoradi and members were transported from Accra, Tema and other parts of the country into the Metropolis.

The event brought together indigenes of Sekondi-Takoradi from other parts of the country and in the diaspora.

To make it more exciting, the executives of the various groups should add other activities such as getting sponsorship for cooking competitions, traditional dances and acrobatic displays. So, when they call your group, you get to display or you choose your recipe.

Last year, l saw the pictures and I realised that people had a lot of fun so l decided this year l will join. It is a whole year plan for me and of course” Christmas is Taadi and Taadi is christmas”. 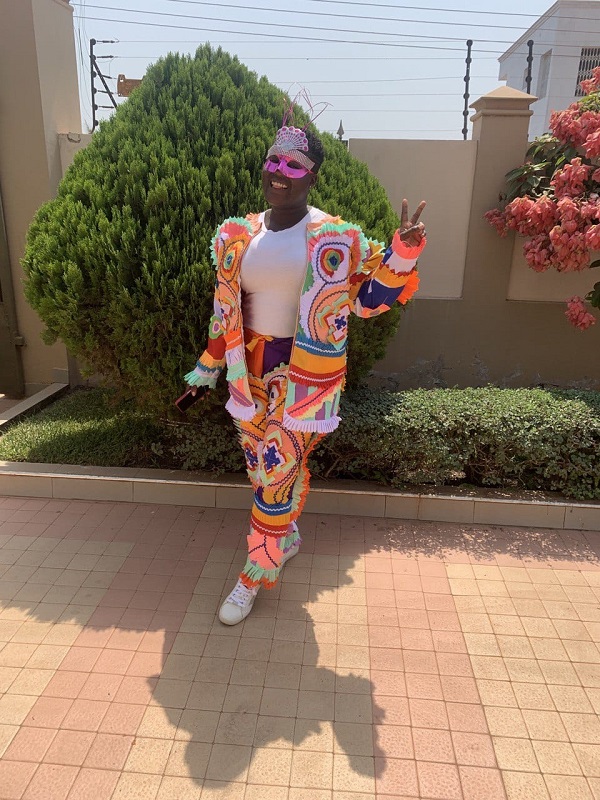 “The carnival was exciting, fun and it was a great joy to see children and adults all worked up dancing and having fun. I enjoyed myself to the max. The only thing I will do differently if I go again is to wear crocs or any other comfortable shoes as the carnival requires a lot of walking, jumping, singing and enjoyment.

I suggest the sharing of food at the next carnival and also starting on time especially because of the children involved. It serves as the motivation one needs to start exercising in the new year,” she said.

Ms Joyce Vidza, Self employed
For Ms Joyce Vidza, it was her first time at the carnival and she went with Adzepa masqueraders’ society from Cape Coast. 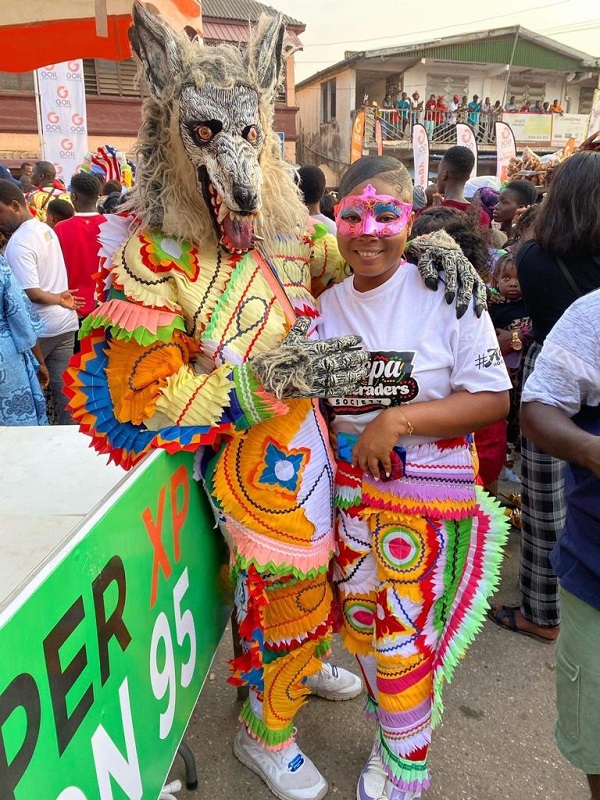 “It was a sight to behold as various groups of masqueraders from Takoradi, Winneba and Cape Coast marched on the streets of the oil city to show their craft. I made new friends out of this amazing experience and I will surely visit the next carnival.

My decision to take this trip was influenced by a colleague at work who added me to a masqueraders WhatsApp page. The executives of the group constantly posted pictures and videos of last year’s carnival and that got me interested to experience it myself,” she said.

Ms Tina Tamakloe, an indigene and administrator, MarryRight Ghana
I have been with the Oil City Masquerade Club since 2017 and I am impressed with their level of discipline in carrying out their activities. 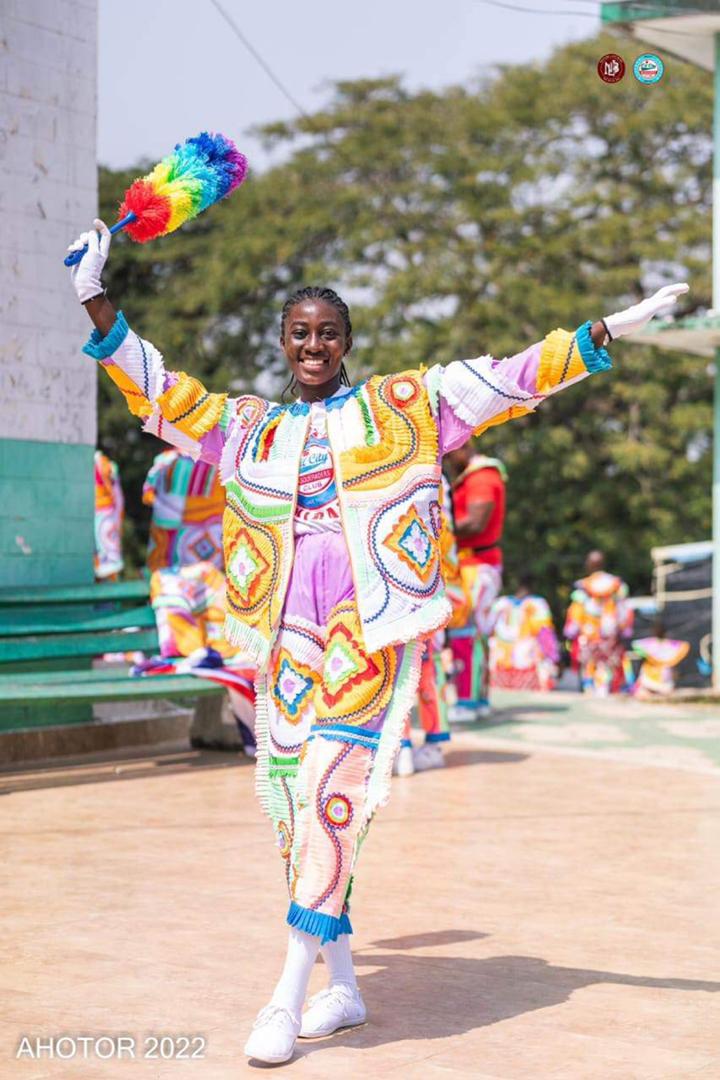 Although I used to be scared of masquerades as a little girl, especially of their masks, it has become the fun part of my Christmas holidays. 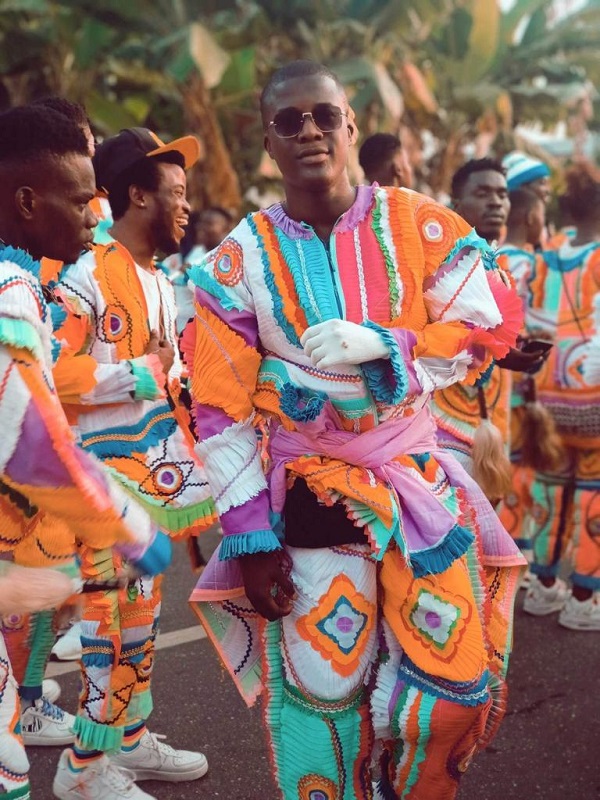 “It was fun and epic to see a lot of our friends in the diaspora coming through to celebrate and experience the biggest festival in the country with us”.