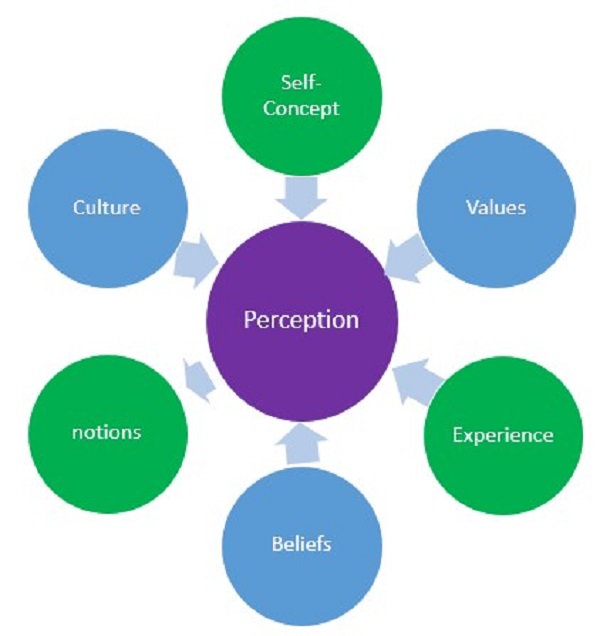 Opinion is one’s “feelings or thoughts about somebody or something rather than a fact”.

Perception is defined by the Oxford Advanced Learner’s Dictionary in three ways.

The first is “the way you notice things, especially with the senses”.

“The ability to understand the true nature of something” is the second definition.

The third is “an idea, a belief or an image you have as a result of how you see or understand something”.

Information is, “facts or details about something”.

How do people receive information?

People get information in various ways – by hearing it from other people; by reading books, newspapers and magazines; or by listening to the radio or watching television.

Information can also be acquired on the Internet using mobile phones and computers.

The mass and social media are the main sources of information, and the public relies on these sources for information, knowledge, education and entertainment.

Journalism is the profession that performs the functions of providing information, education and knowledge to the public through the media.

Public opinion is public feelings or thoughts about somebody or something.

Journalism has become a powerful instrument in human society.

This is because it has the power, by its functions, to create, mould and change public opinion.

Sampling is an English word.

To sample something is to “try a small amount of that thing to see what it is like” or ‘’to test, question, etc., part of something or a group of people in order to find out what the rest is like’’.

Dennis P Forcese and Stephen Richer in their book, Social Research Methods (1973), wrote that “the essence of sampling is the selection of a part (sample) from the whole (population) in order to make inferences about the whole”.

They added that the main purpose of sampling is to ‘’reduce the time and money that would be spent if the total population were studied and yet still realise data that are an accurate representation of the entire population’’.

“The success of any sample lies in its accuracy in reflecting the state of affairs in the population,” the authors added.

I want, in this article, to serve as a trouble-shooter by looking at perception formation, the state of the mass and social media in Ghana and public opinion sampling in the country.

Mass and social media are the main sources of information and knowledge for the public.

My considered opinion is that in sampling public opinion anywhere in the world, including Ghana, the state of the source of information and knowledge must be taken into account.

If media performance is 100 per cent, it would be assumed that information and knowledge disseminated to the people are 100 per cent accurate, true, factual, evidential and unbiased.

Public opinion sampled at any time in a country, all things being equal, should be regarded as reliable and acceptable, if media professionalism and performance are high.

In a country where media performance and journalism standards are not of the required quality, the results of public opinion sampling and conclusions become questionable, unreliable and unacceptable.

The concept can be expressed this way: information flow is equal to perception, which is equal to opinion sampling.

Another way to illustrate it is through an equilateral triangle, with information flow at the apex; perception to the left of the baseline and opinion sampling to the right.

I think the phenomenon of media inaccuracy should be counted as a sampling error, if and when there is any.

Fake news, falsehood, unchecked or non-crosschecked information, misinformation and disinformation that characterise the modern media in Ghana and elsewhere, should be of serious concern to social or behavioural researchers.

Last month, a number of social research institutions published their reports of research works done in 2021.

Centre for Democratic Development (CDD), Ghana, released its Afrobarometer research report in July 2022. The topic was: Who is Corrupt in Ghana?

It stated in the report that it asked its respondents the following question: “How many of the following people do you think are involved in corruption, or haven’t you heard enough of them to say?”

According to the CDD report, respondents replied that the following institutions were corrupt; the percentage represents the total number of the respondents:

Traditional rulers, religious leaders, public and private media, and non-governmental organisations, were perceived as the least corrupt, with the following scores: 31, 27, 27, 27and 22 per cent respectively.

The Commission on Human Rights and Administrative Justice (CHRAJ) together with the Ghana Statistical Service (GSS) with support from the UN Office on Drugs and Crime (UNODC), conducted the Ghana Integrity of Public Service Survey (GIPSS) in 2021.

The survey sampled the experiences and views of respondents on corruption.

Some 15,000 respondents in all the 16 regions took part in the survey.

According to the survey report, about GHC 5 billion bribes were paid out by Ghanaians in all the regions in 2021.

The report listed the following as the top 10 public officials who took the most bribes:

The research was, reportedly, based on actual payment of bribes, a departure from the perception that previous surveys studied.

“After the end of the survey, we looked at the value of bribes people paid on the average and that came to about five billion Ghana cedis,” Professor Samuel Kobina Anim, Government Statistician of the Ghana Statistical Service, said while presenting highlights of the report at a press conference in Accra.

“This is affecting the economy and something has to be done to curb or eradicate the menace,” he added.

The purpose of the survey, according to the report, was to collect evidence-based information on forms of corruption affecting the nation.

I do not know how the CHRAJ / GSS survey report defined evidence-based information that both jointly gathered from the respondents.

Was it one-sided-detailed evidence or factual, unbiased and balanced information?

If it was one way, that is, from the alleged bribe givers alone, then it is not complete.

The evidence-based information remains at the level of perception or allegation until it is proved by material and other evidence by the CHRAJ through its own investigations.

Article 218 (e) of the 1992 Ghana Constitution empowers the CHRAJ “to investigate all instances of alleged or suspected corruption and the misappropriation of public monies by officials and to take appropriate steps, including reporting to the Attorney General and Auditor General, resulting from such investigations”.

To expose receivers of bribes and prosecute them is the best way to minimise or eradicate corruption.