BY: By Nii Arday
Category: Lifestyle 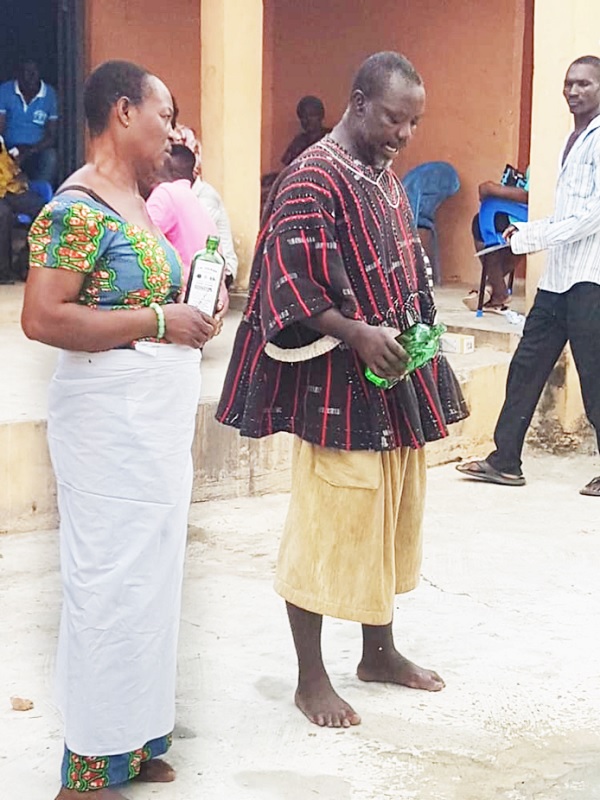 The breeding and domestication of dogs is a taboo for the people of Osamkrom in the Gomoa Central District in the Central Region.

The Spiritual Leader of the town, Nana Ogyanda II, also known as “Supi” says this taboo has been in existence since time immemorial and prohibits the keeping of dogs of any breed in the community.

He explained in an interview that the taboo was enforced by the early inhabitants of Gomoa Osamkrom in conformity to what prevailed in Gomoa Ada, also in the Central Region, where they migrated from — they did not keep dogs in the town.

The Spiritual Leader claimed that if a dog mistakenly found its way to Gomoa Osamkrom, it would go mad, so dogs from other neighbouring towns do not even cross paths to the town.

Consequence
Nana Ogyanda II said anytime a person deliberately brought a dog to Osamkrom, the wrath of the gods came upon such individuals for disregarding the taboo.

He indicated that if the act was unknown to the person who brought the dog to the town, the dog would go mad but the individual could perform some rituals at the town’s shrine to appease the gods.

Encounter
The Spiritual Leader claimed there was a man in the town who decided to keep a dog in his house regardless of what he had heard and was told by elders in the town.

“This man had snakes invade his house from time to time to disturb the entire household until the dog died,” he said.

Nana Ogyanda II narrated a personal encounter he had where he passed by Osamkrom with a dog in his car on a trip from Takoradi.

According to him, immediately he got down from his car, all the delicate items he had in the car got broken.

Rebuke by the gods
The Spiritual Leader said “Pusuban”, a shrine located at the outskirts of Gomoa Osamkrom ensured that values and norms in the town were protected and all sons and daughters of the town were preserved from evil.

“In the same light, the 'Pusuban' gives sanctions to people who go against the taboo as prescribed by the shrine,” he stated.

He added that the shrine would tell the type of punishment to mete out on the culprit who deliberately brought the dog to the town.

According to Nana Ogyanda II, the punishment could be severe, but would never be death.

The “Pusuban”
The “Supi” of Gomoa Osamkrom, who acts as the link between the “Pusuban” and the people of Osamkrom, said the shrine had been in the town for ages.

He recounted that in the 1970s, there was an outbreak of cholera in the town but due to the intervention of the ‘Pusuban’, no deaths were recorded.

The “Supi” said during the outbreak; the “Pusuban” quickly revealed to the priest in Osamkrom the needed pacification rite for all its indigenes.

“After the priest adhered to the directive, it provided water in front of the shrine for persons suffering from cholera to bath with it," he said.

He believed that all persons who bathed with the water regained their health and were free and strong.

Counsel
The spiritual leader advised the youth never to challenge the power of the gods in any manner but hold on to their faith and do what was right in society.

He claimed that a boy recently went to the “Pusuban” and hurled insults at it for no reason only to be later knocked down by a vehicle on the road.

An old woman, Madam Joyce Asiedu, who has lived in Osamkrom for many years, said the environment in the town had always been serene because the townsfolk comported themselves.

Appeal
The Spiritual Leader appealed to the government to involve grass roots in whatever decision that might be good for the development of Ghanaian cultural norms and values.

He called on the government to assist the town to become a tourist site due to its peculiar and fascinating history.