Going through puberty rites as a Vagla boy 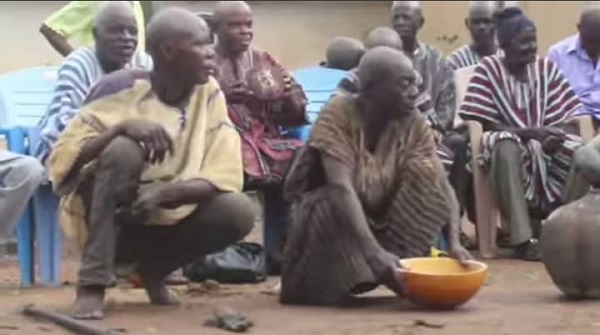 Koori Dacharga Mangu ni u Nabomzi and Heuhing Kiipo Mwiiri together with some elders of Tuna speaking to gods of Tuna during a Tuna land and community ritual
30.5k Shares

In most parts of the world, it is common to hear of puberty rites for girls but little is heard about that for boys.

As a teenager, I had the opportunity to go through puberty rites meant for young boys who come from the Vagla community in the Savannah Region.

These rites of passage are basically aimed at preparing every teenager from the area to be ever ready for any daunting task during adulthood.

Puberty rites are cultural events that mark transition into maturity. They can be ceremonies, rituals, tests or simply periods of instruction that provide individuals with the knowledge or abilities needed to occupy a new status and allow new privileges.For the Vagla people within the first and fourth-day of existence on mother earth, he/she is taken through cultural ways to prepare for the world irrespective of gender.

The Vaglas believed that such preparations prevented a struggle with fractures, weak hair and heartaches among others. Even though Vaglas visit hospitals, suffering fractures is seen by the elderly people in the community as a sign of defeat, possibly through witchcraft. In modern days, diabetes has been accepted as a cause of which an individual could lose a limb but when a Vagla person falls and breaks the leg, it is seen as a bad sign of gross defeat in a battle.

After birth, comes puberty, marriage and death. The Vaglas  believe that when a good elder dies, he or she returns  when they  please and their  name may linger on for a long time. It is common for men in a house to give birth to their father or grandfather who died years or months ago.

It is also believed that most of these reincarnated children come with powers commanded by the person they came to replace in the family. Such children are claimed to easily get powerful since they take traits from the older persons.

To the Vagla people, a boy is unfit to repel spirits, can't bury or come close to a corpse, pour libation or  dress a Vagla corpse unless he is taken through spiritual cleansing and fortification often before age 19.

According to my parents, when I was born as a baby I was taken through a three-day traditional bathing with herbs and it is believed that such baths prevent fractures and also makes the child brave.

Growing up, I was made aware that as a child I am not supposed to be exposed to issues of the dead unless I cross the age of puberty. This according to our elders is to avoid being haunted in dreams as most children encounter.

At age 14, I was taken through the puberty rites referred to as ‘pellaa’ in Vagli dialect.

The Vagla puberty rites for its boys takes seven days. By tradition, the rites are performed when a grown elderly lady often with great grandchildren dies.

I was among about 28 boys who went through this rite of passage in 2005. It happened when an old woman died. Before the burial of the woman, all the boys who had been prepared for the rites were lined up to enter the grave where the corpse had been covered but her face exposed.

Each boy was asked to lie on the corpse as though it was the wife. With the face of the corpse exposed, most boys shiver and often pass urine upon viewing. Interestingly, some of my colleagues who urinated on themselves  in the initiation process were counselled and guided to take things.

After going through the rites, we were separated from our families for seven days. For all the seven days we were made to stay at one place.

As part of the ritual, we were asked to go round to beg for food from every Vagla home in the town. We could only sleep on any kind of animal skins and did not bath for days. 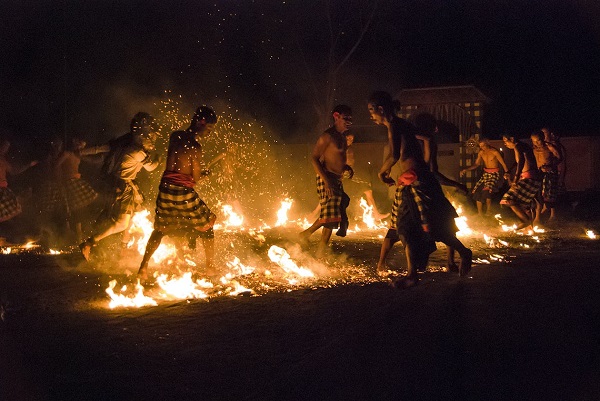 Regalia for the rites

During puberty rites, our shirts were turned upside down to indicate we were ‘corpse boys’ (gone closed to a corpse) therefore, shouldn't be touched by any person who has no immediate fortification against corpse spirits.

Each one of us was given a piece of white fugu (smock) fabric which was tied around our heads. The fugu was torn from the one used in burying the deceased.

On the seventh day of the rituals, those of us who had successfully undergone the puberty rites were lined up and each person was given a fowl for sacrifice.

On the same seventh day of the puberty rites, those of us who were given the fowls were asked to step forward with it in our arms. The chief priest of the land took the fowls back from us and said some prayers to the gods of the land.

According to the elders, this is to protect each of us and also ensure that we are able to defeat any spirit of the living or dead when confronted in any circumstance.

In addition, they prayed for us to bear fruits in future, be wealthy and have strength to farm, feed homes and make good names for the community.

These processes are deemed as important to separate childhood from adulthood.

After sacrificing the fowls they were all used in preparing a meal for all the boys for their bravery as children. Afterwards, we were given some herbs to bath and were released to our families to make merry.

On our way to our respective homes, the entire community lined up to cheer all the boys who had gone through the rites of passage successfully. From then, those of us who passed the initiation were counted among men whenever it was time for sacrifices in the community.

After the rites, those who are matured enough to marry are permitted to do so. Intermarriages are very common among the people in Savannah and Upper West Regions. For instance marriages between Vagla and Waala, Vagla-Safalba, Vagla-Nganye are very common. Vagla-Birfor, Vagla-Dagaaba is also very common although wasn't pronounced some years ago due to dowry differences between Vagla people who are known for abhorrence to exorbitant dowry prices.

As young children we were told to refrain from spending so much on dowries. The Vagla people do not accept expensive dowries and do not subscribe to paying huge money or items for hands in marriage. This is because they do not believe in making women engage in hard labour to take care of their husbands and children.

Providing food, shelter and other commitments are the duties of a man and a woman's duty is to cook and ensure the home is always tidy.

These differences have made it difficult to accept marriages between Vagla and Dagaaba, Birfors, Lobi or Miiwo people who are known for paying cattle or various expensive dowries for marriage.