6 Lessons event organisation has taught me about life 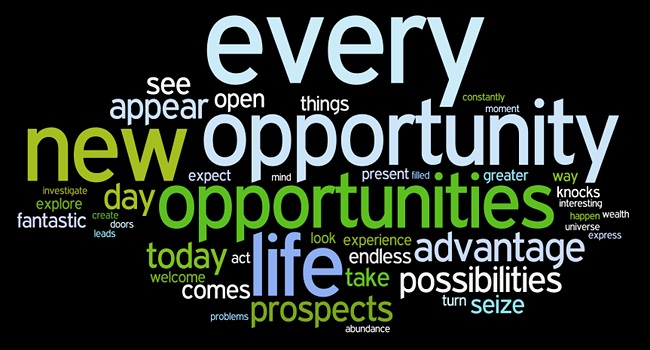 Theatre is a capital-intensive business. Many don’t even know that per production, one has to assemble a team of between 50 and 100 people who will be playing different roles as cast or crew or both. Some productions even exceed this number if the cast size is huge.

A producer has to make other expenses such as paying for venue, publicity (radio, TV, online, newspapers, etc.), sound, light, set, costumes and props, as well as investing in rehearsals among several other expenses.

Over the years, I have learnt so many lessons putting together these plays which are a whole event on their own. Life has found a way of teaching me a lot of things and I have come to value these experiences more than even monetary returns. Indeed, experience is the salary life pays us when we try.

Run at your own pace!

It is amazing how some friends and fans would urge you on to run an event when they are not ready to support it in any way. Left to them alone, you would do a play every fortnight. They will come yelling, “That was a good play. By popular request, do a re-run!” Guess what. You will do a re-run and the shadows of these will be nowhere near the venue.

In life, run at your own pace. Be selfish. Embark on projects at your own appropriate time; not because the masses think you should. Set out to make a move because you wanted to… and not because others pushed you to. You will only end up disappointed if you live your life to somewhat impress others.

Buy that car because you can afford it. Don’t get that house because someone thinks you should. Marry because you want to… not because others are suggesting you do. Take decisions based on your capacity. When you run at the pace of others, you always run out of energy!

Count the cost before you begin a cause!

Every production comes with its own budget and before we even agree to go ahead, we must know we have the wherewithal or, at least, have a detailed plan as to how to get it, lest we get stuck in the middle. No one will ever want to start something they can’t finish.

In life, everyone must be able to project a budget of their dream before they even start it. Even though there are so many life uncertainties, one has to have, at least, foreknowledge of how easy or difficult what they are embarking on may be like. Always count the cost first!

Failing to prepare is preparing to fail!

We rehearse for, at least, three clear months ahead of every production. For a two-hour production, we set apart months of tedious preparation to make sure we have perfected our craft. That is the only way we can be certain that we are ready to hit the stage.

What makes champions is their commitment to practise. How long a man rehearses foretells how long his talent can be preserved. Indeed, when constant preparation walks out of our lives, we should be assured that constant failure will walk in.

Whatever your dreams may be, prepare. Invest time into polishing your skill. If you are praying for rain, first till your land and sow some seeds. Rains mean nothing to those who have sown no seeds!

Even if you fail, don’t fail to learn the lessons!

Over these four years or so of putting together productions, I have failed sometimes. I have lost a good amount of money. A few times, I made mistakes. I have made decisions I wouldn’t repeat when given a second chance. In all that I lost, I never lost the lessons; even those that came with failure.

After our first two plays, I realised, for instance, that the cast size was huge and that somewhat contributed to a huge wage bill. I quickly had to re-strategise how I wrote my plays. That is when I began writing plays with only three or four characters. To others, it was creative. To me, I was cutting down cost!

I have had to constantly remind my team that regardless of how much they love to sing, dance or act, as soon as others are going to pay to have them unleash those skills, it no more becomes a hobby… but a profession… and it needs a different approach altogether. A profession is a hobby with added value.

No one expends money to get a mediocre product or service in return. Thus, if you love to sing as a hobby, for instance, immediately people start paying to hear you sing, you had better given them a run for their money. If dancing is your hobby, it should be good enough for others to want to pay to see you dance.

If you treat your talent as just a hobby, you don’t value it. You do such mediocrely. You barely practise to perfect it unlike a profession. Writing was my hobby. Now, it’s not. It’s my profession… and if it must be done, it must be done well.

Every production brings together so many hands. For every successful event, there are a lot more working backstage than those on stage. And such is how success is. It’s not a one-man show. Success is teamwork and every brain on that team is important regardless of how little the role may seem.

Learn to leverage on the skills of others. Learn to speak the “we” language instead of “I”. If you want to climb the ladder of success, know that people matter. Regardless, you can’t climb that ladder all by yourself.

The writer is a playwright and Chief Scribe of Scribe Communications, an Accra-based writing company (www.scribecommltd.com). Order for copies of his animation book, Animuonyam The Bully Stopper, via 0243752793. His next play, Once Upon A Riddle, shows on December 10 at National Theatre.