Video of child refugee in Libya sheds light on abuse 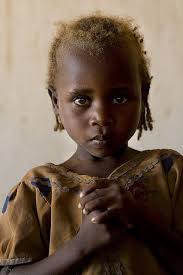 A video of a child refugee in Libya suffering abuse has highlighted the plight of refugees in the country.

"The video clip that has spread and showed an incident of torture of a Sudanese child, an asylum seeker in Libya, I do not think it is anything new or shocking. It may be shocking to those who are not following the situation", said Tarig Lamloum, Human Rights Researcher Specializing in Illegal Migration at the Belaady organization.

The video has underscored how abuses, torture, sexual violence and killings of migrants are rampant in Libya, where the European Union is paying authorities as well as militias to block migrants from reaching its shores, trapping them there.

The story of Mazen's family is all too frequent.

"This family is registered with the UNHCR, and they were among the people who staged a sit-in in front of the UNHCR headquarters, and then they were arrested again after they were expelled from their homes, in the string of arrests that occurred last year. It was the UNHCR that intervened and took them out of the Ain Zara detention centre", added Tarig Lamloum.

Without a functioning government for most of the past decade, Libya has become a hub for migrants, with thousands coming in every year from Arab nations or sub-Saharan Africa, aiming to cross the Mediterranean to Europe.