Russian war on Ukraine: Russia striker speaks out against war in Ukraine 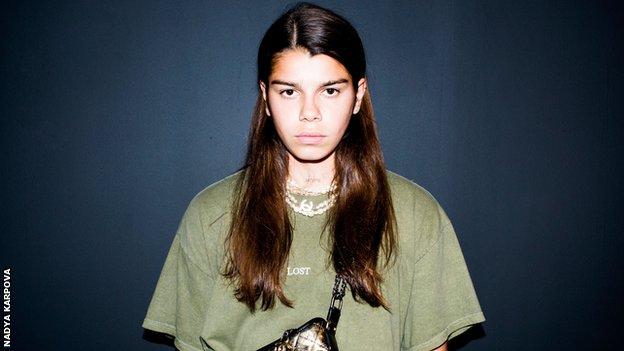 Nadya Karpova's full first name - Nadezhda - means 'hope' in Russian. She has a small tattoo with the word in English on the front of her neck. She had it done when she was 21, but doesn't even remember what hopes she had at that time. Now it has real significance.

Since Russia invaded Ukraine in the early hours of 24 February, only a small number of Russian sportspeople have spoken out against it.

Among the country's current international footballers, just three have done so.

From the Russian men's team, Dynamo Moscow's Fedor Smolov posted a 'No war!' message on Instagram in February. He has been silent since. Aleksandr Sobolev from Spartak Moscow also posted a message on the day the war started but deleted it a few hours later.

Karpova, who plays club football for Espanyol in Spain, is the third. She is the only member of the Russian women's team to have voiced her opposition, and she does so almost every day. Since the war started, more than three months ago, she has been posting anti-war messages on Instagram, where she has 143,000 followers.

"I can't just look at this inhumanity and stay silent," she says. "I don't know what would happen if I was in Russia, not in Spain, but I feel a special responsibility to speak out."

Our interview takes place in Barcelona, where the 27-year-old lives, having moved to Spain in 2017. She has played 24 times for Russia, including at the last European Championship, five years ago. The next are just around the corner - in England from 6-31 July - but the Russian team won't be there. They are banned - a result of the country's invasion of Ukraine.

Meeting at a Chinese restaurant, she doesn't touch her food once we start talking about Ukraine. She'd arrived early, hungry, and ordered hotpot; a broth that's placed on to a small stove burner built into the table. Diners finish the dish themselves - adding vegetables, meat and noodles.

While we are talking, the broth starts to bubble, then boil away. Karpova doesn't even look at it.

She is careful with her words. But it is not that she is trying to censor herself - even though a new Russian law can lead to up to 15 years in jail for spreading anything the authorities consider to be 'fake news' about the military.

She isn't afraid to say something wrong, as is common among Russian athletes. Instead she is afraid of forgetting something important. And she is also trying hard not to speak only in swear words. The longer the interview goes on, the less careful she becomes.

"Russian propaganda is trying to persuade Russians that we are a very special nation and the whole world is against us and our 'unique mission'," she says.

"What unique mission are you talking about? I don't think that Russians are special. At the same time, I am not ashamed to be Russian, as Russia doesn't mean the government and Vladimir Putin.

"Putin took everything from us, he took our future. At the same time, he did it with our tacit consent. They [the government], didn't witness strong resistance. Most people were just closing their eyes to injustice, thinking it's not their business.

"I took part in two opposition rallies, the last one in support of [the main Russian opposition figure Alexei] Navalny when he was poisoned and imprisoned, but still, I don't think that I've done enough.

"These people who justify the war, they are hostages to propaganda. I feel sorry for them, and I believe we need to do everything to release them from it."