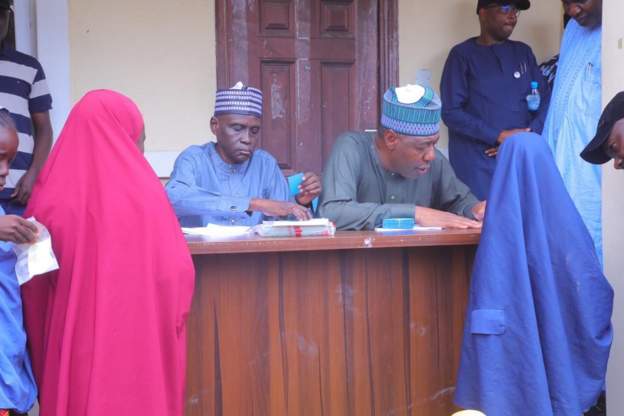 The state governor, Babagana Zulum, launched the initiative in Monguno town where victims of the conflict have been staying in camps after being displaced from their communities.

Some 7,000 children were registered to primary and junior secondary schools in the first phase of the programme on Sunday and Monday, his spokesman told the BBC.

The authorities say many of the beneficiaries are children orphaned by the violence. They say the project is targeting more than 20,000 children across the state.

The insurgency, which began in 2009, has killed tens of thousands of people and displaced millions of others in north-eastern Nigeria and several neighbouring countries.

It forced many children to abandon schools and others could not be enrolled at all. Learning