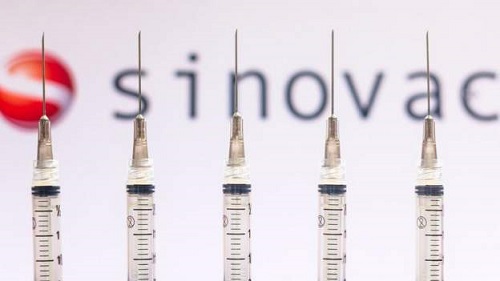 Egypt says it plans to produce more than one billion doses of China's Sinovac Covid vaccine a year.

Health Minister Hala Zayed told reporters that under a deal with the Chinese firm, a factory in the capital, Cairo, would make more than 200 million doses a year for the local needs.

Another factory will produce five times as many for export, mainly to African countries.

So far, only 7.5 million people in Egypt, out of a population of more than 100 million, have received at least one dose.