Jordanian writer shot dead ahead of trial over cartoon 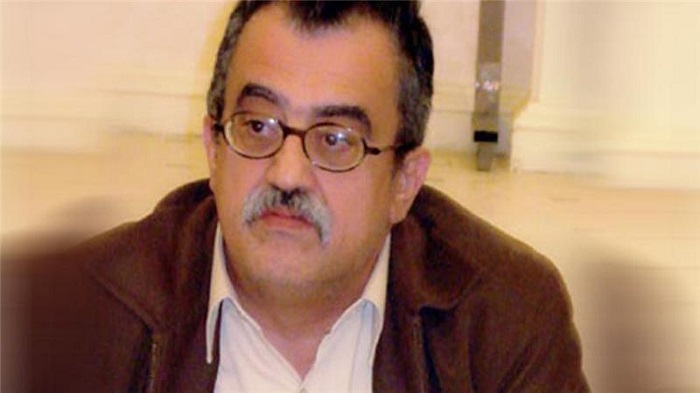 A gunman has shot dead prominent Jordanian writer Nahed Hattar outside a court where he was facing charges for sharing a cartoon deemed offensive to Islam.

Hattar was struck by three bullets before the unidentified assailant was arrested on Sunday, state news agency Petra reported.

Witnesses and police said Nahed Hattar, 56, was preparing to enter the courthouse for a hearing when the lone gunman shot him at close range.

"He was standing at a short distance of about one metre in front of Nahed on the stairs of the Supreme Court," a witness told the Associated Press news agency on condition of anonymity, fearing repercussions.

Hattar, a Christian, was arrested on August 13 after posting a caricature on his Facebook account that depicted a bearded man in heaven smoking in bed with women, asking God to bring him wine and cashews.

He removed the cartoon shortly thereafter, saying "it mocks terrorists and their concept of God and heaven. It does not infringe God's divinity in any way". It is not known who produced the cartoon.

Many Jordanian Muslims considered it offensive and against their religion. Authorities said Hattar violated the law by widely sharing the caricature.

He was charged with inciting sectarian strife and insulting Islam before being released on bail in early September.

"The government will strike with an iron hand all those who exploit this crime to broadcast speeches of hatred to our community," he told the Petra agency.

But supporters of Hattar said they held the government responsible for the shooting, accusing Prime Minister Hani al-Mulki of creating a hostile atmosphere that encouraged violence against the writer.

"The prime minister was the first one who incited against Nahed when he ordered his arrest and put him on trial for sharing the cartoon, and that ignited the public against him and led to his killing," said Saad Hattar, a cousin of the writer.

Daoud Kuttab, an award winning journalist and director of Community Media Network, told Al Jazeera Hattar's killing represents a "scary situation where people with opinions we don't like or the government doesn't like become susceptible to assassination".

"It's a clear case of intellectual terror," said Kuttab.

"The omen is that many people are now going to be worried about what they say... It's a scary situation for people who believe in the freedom of thought and opinion and the right of expressing their opinion."

Social media accounts of prominent conservatives in Jordan and elsewhere were celebrating Hattar's death, saying he deserved it for blasphemy.

Anja Wehler-Schoek, resident director of the Friedrich Ebert Foundation in Jordan, said she found the social media posts "shocking". The German foundation promotes democracy and political education in the region.

"This is clearly a very dark day for Jordan, which has long been celebrated as a model of peaceful co-existence," she said. "I am very worried we are seeing the end of an era here and more and more problems to come in the future."

Sara Williams, a Jordan-based journalist, told Al Jazeera that Hattar had been detained in the past over critical postings about Jordan's king.

"The was not his first brush with the law, but people I have spoken to are shocked about today's events," Williams said.

"This morning, outside the hospital where Mr Hattar's body was taken, some family members of his were screaming of rage at the interior ministry, which is responsible for security, and particularly cursing the minister of interior.

After sharing the cartoon on Facebook, the backlash against Hattar was immediate with Jordanian social media users lambasting the writer for purposely causing offence to Muslims.

Social media users also called on the government to question and arrest Hattar, and some attacked him for being Christian and a secularist.

Attempting to explain his motive for sharing the cartoon, Hattar said he did not intend to cause offence to Muslims and wanted the cartoon to "expose" the Islamic State of Iraq and the Levant (ISIL) group and the Muslim Brotherhood.

In another explanation, Hattar said "as a non-believer" he respected "the believers who did not understand the satire behind the cartoon".