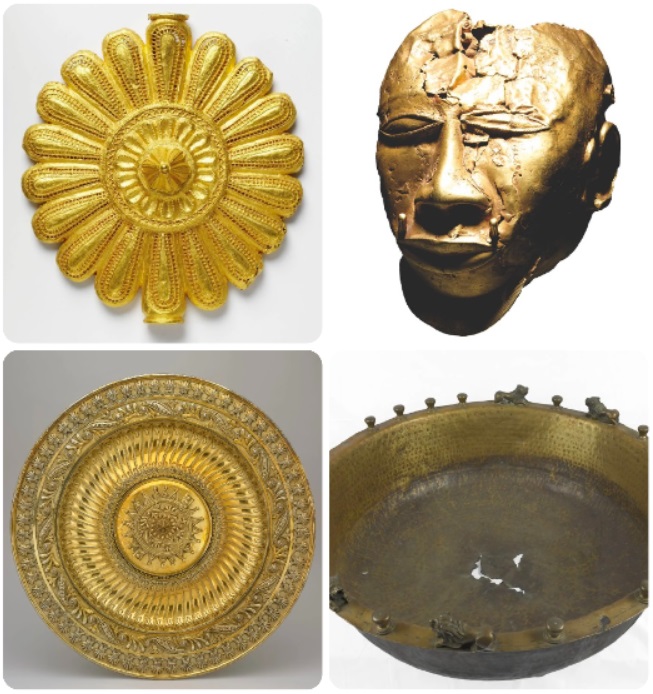 This follows a visit by V&A director, Tristram Hunt to the country. The treasures had been seized during a British punitive raid in 1874.

Writing in the latest V&A annual review, Hunt said: “I visited Ghana to begin conversations about a renewable cultural partnership centred around the V&A collection of Asante court regalia, which entered the collection following the looting of Kumasi in 1874. We are optimistic that a new partnership model can forge a potential pathway for these important artefacts to be on display in Ghana in the coming years.”

Hunt last February held discussions with both the Ministry of Tourism, Arts and Culture and the Asantehene, Otumfuo Osei Tutu II.

In 1974, the centenary of the looting, the then Asantehene, Opoku Ware II, asked for “the return of regalia and other items removed from our country by British expeditionary forces in 1874, 1896 and 1900”.

A British Museum spokesperson told the artnewspaper.com that a formal claim was received in 1974. Since then “there have been several spoken requests, most notably by the current Asantehene, during the visit of the deputy director of the British Museum to Kumasi in 2010”. The spokesperson says that there is “a cordial working relationship with the Asante Royal Court through the Asantehene and the Manhyia Palace Museum committee”.

Discussions have been held with the Asantehene, with both parties expressing the “ambition that objects from the British Museum collection might travel on loan to the Kumasi museum”.

The greatest part of the V&A’s Asante collection comprises 13 pieces of looted Asante court regalia. These were sold by the British army through the London crown jeweller Garrard.

They include a decorated gold pectoral “soul” disc, shaped like a flower, which would have been worn by priests involved in the ritual purification of the king’s soul. There is a also a pear-shaped pendant, either worn or possibly attached to a state sword or stool. The remaining pieces of regalia are of gold.

The British Museum’s collection of Asante objects is much larger, including 105 items that were seized in 1874. Of these, 83 were purchased from the crown agents for the colonies, 12 from Garrard and ten elsewhere. A further 12 pieces were acquired after an 1896 raid.