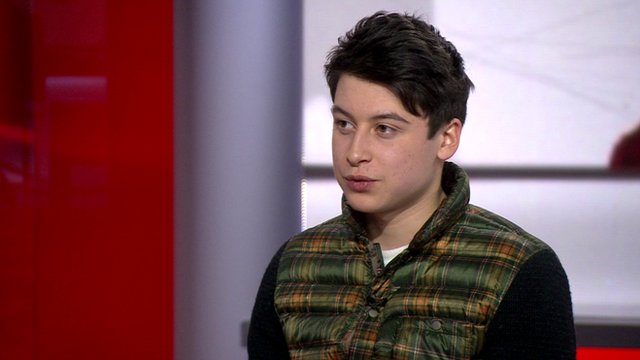 An app created by a UK teenager has been acquired by web giant Yahoo in a deal the BBC understands to be worth "dozens of millions" of pounds.

Neither company would disclose the terms of the deal publicly.

The app itself will now close, but its features will be used in mobile products at Yahoo, where Mr D'Aloisio has been given a job.

He will be joined by several of Summly's "top staff" in new roles at Yahoo in the next few weeks.

The app launched when Mr D'Aloisio was aged just 15, and soon attracted more than £1m of investment. He is now likely to be one of the world's youngest self-made multi-millionaires.

Speaking to the London Evening Standard, the Wimbledon-based teen said: "I like shoes, I will buy a new pair of Nike trainers and I'll probably get a new computer, but at the moment I just want to save and bank it.

"I don't have many living expenses."

In a note on the Summly blog, Mr D'Aloisio wrote on Monday: "When I founded Summly at 15, I would have never imagined being in this position so suddenly.

"I'd personally like to thank Li Ka-Shing and Horizons Ventures for having the foresight to back a teenager pursuing his dream. Also to our investors, advisers and of course the fantastic team for believing in the potential of Summly.

"Without you all, this never would have been possible. I'd also like to thank my family, friends and school for supporting me."

Yahoo's senior vice president of mobile, Adam Cahan, said the company was "excited" to have Mr D'Aloisio and his colleagues on board.

"For publishers, the Summly technology provides a new approach to drive interest in stories and reach a generation of mobile users that want information on the go," he wrote.

The London-based company was commissioned by Mr D'Aloisio to create an Android version of the Summly app - which was days away from launch.

Little Fluffy Toys director Kenton Price - who is also contracted by the BBC - said that his firm was told the Yahoo deal was on the cards, but was "disappointed" the app would now never be released.