Prince George, 9, and Princess Charlotte, 7 - wearing a black hat - look solemn as they arrive at the Queen's funeral with their mother 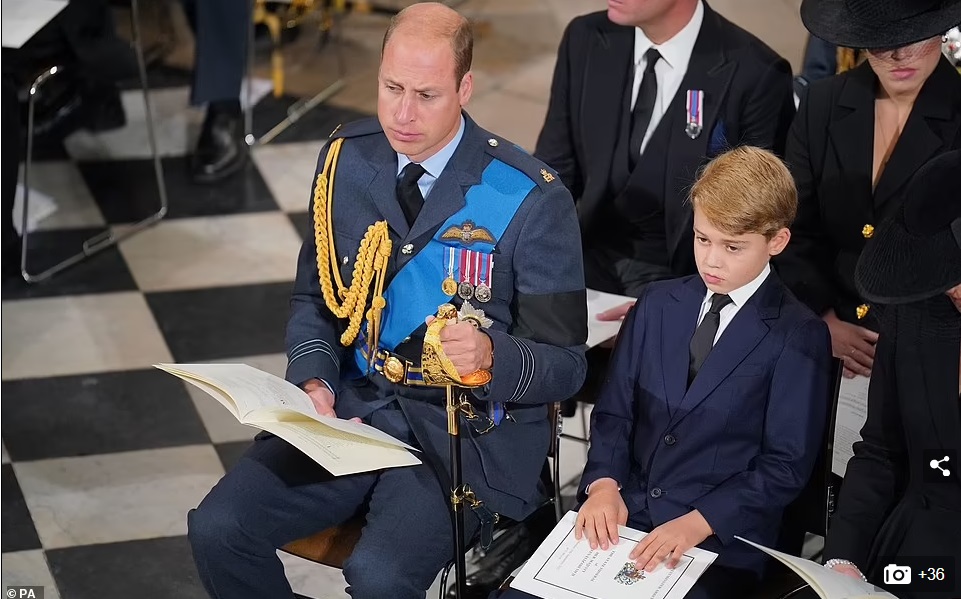 Prince George, nine, and Princess Charlotte, seven, sat in hushed solemnity alongside the Queen Consort and Princess of Wales as they made their way to Westminster Abbey by car this morning. Princess Charlotte donned a black hat with bow and held her mother's hand tightly as they arrived at Westminster Abbey ahead of the state funeral. The Wales' youngest son, Prince Louis, four, stayed at home
30.5k Shares

The saddest farewell: Prince George, 9, and Princess Charlotte, 7 - wearing a black hat - look solemn as they arrive at the Queen's funeral with their mother.

Prince George and Princess Charlotte joined senior royals at the Queen's funeral today, bypassing thousands of mourners on the streets of London as they travelled to Westminster Abbey with the Queen Consort and the Princess of Wales.

George, heir-to-the-throne, nine, and his younger sister, seven, who wore a smart black hat with a bow, first travelled in a royal car with their parents, the Prince and Princess of Wales, before later transferring to a procession car with Kate Middleton and Camilla - with both children appearing to grasp the enormity of the day in spite of their tender years.

The Queen's great grandchildren, without their youngest sibling, Louis, four, who did not attend the service, cut solemn figures as they were driven to Westminster Abbey ahead of the Queen's state funeral, which saw 2,000 dignitaries, foreign royals and politicians pour into the historic London abbey.

Her Majesty made her final and saddest journey from Westminster Hall as Britain mourned its longest-serving monarch and the royals bade goodbye to a beloved mother, grandmother and great-grandmother.

For George and Charlotte, the Princess of Wales, 40, provided a reassuring presence throughout, tightly holding onto her daughter's hand at the family arrived at Westminster Abbey. 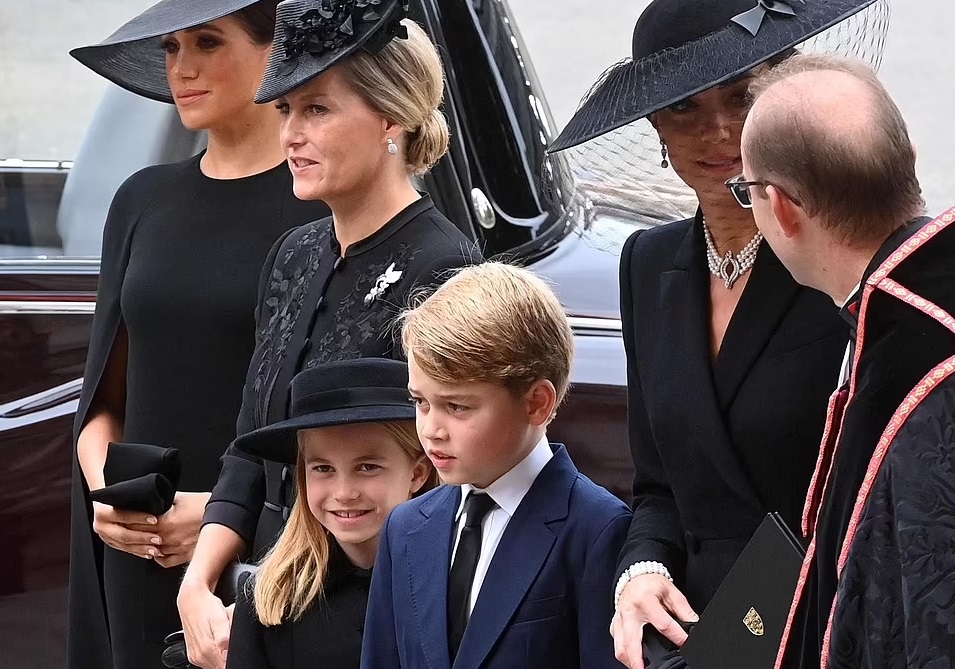 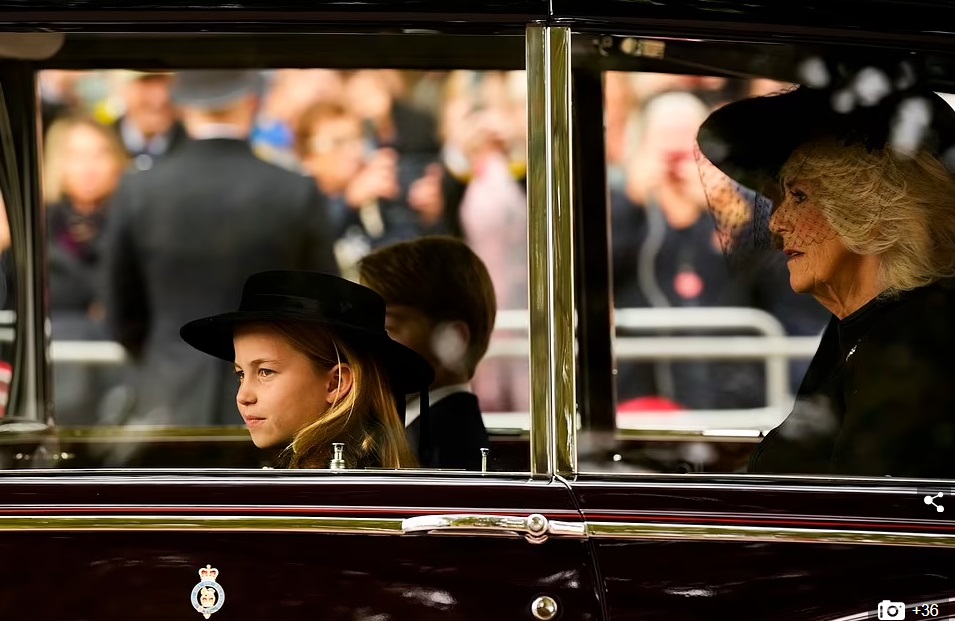 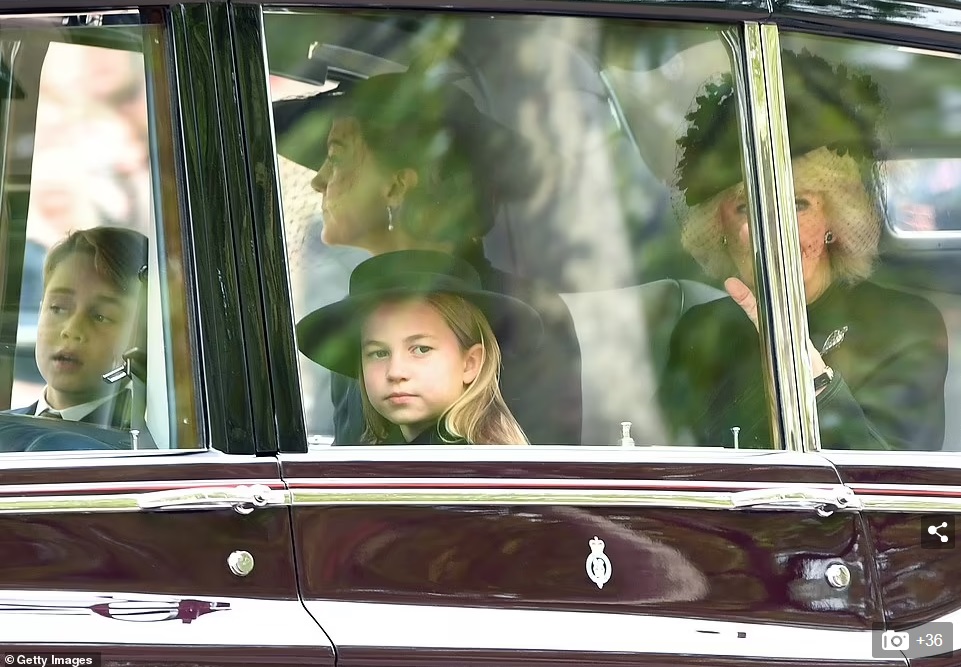 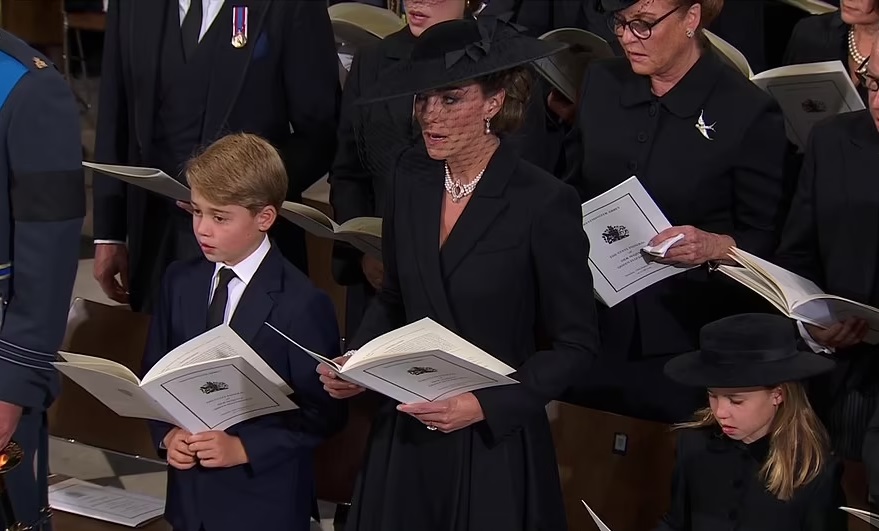 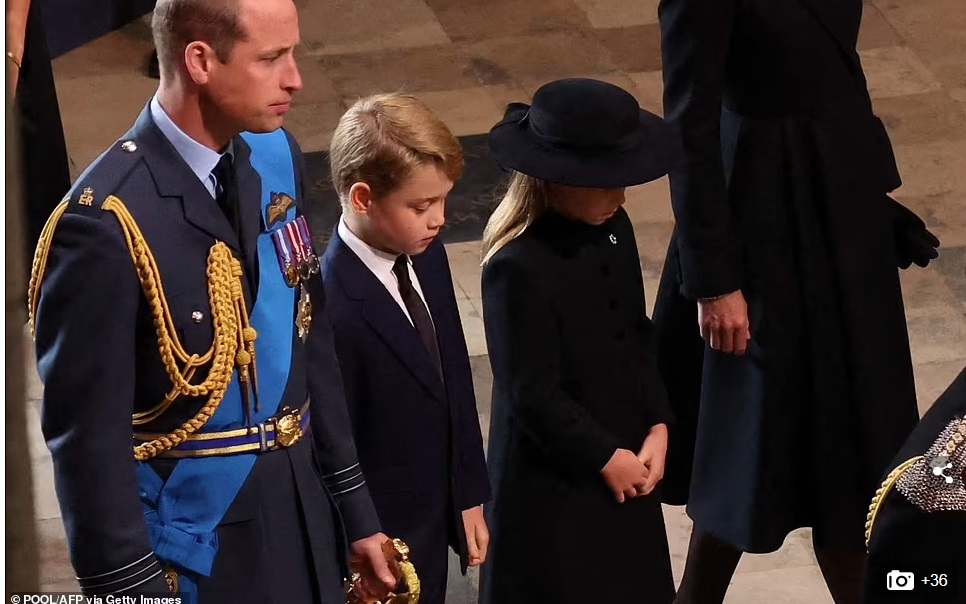 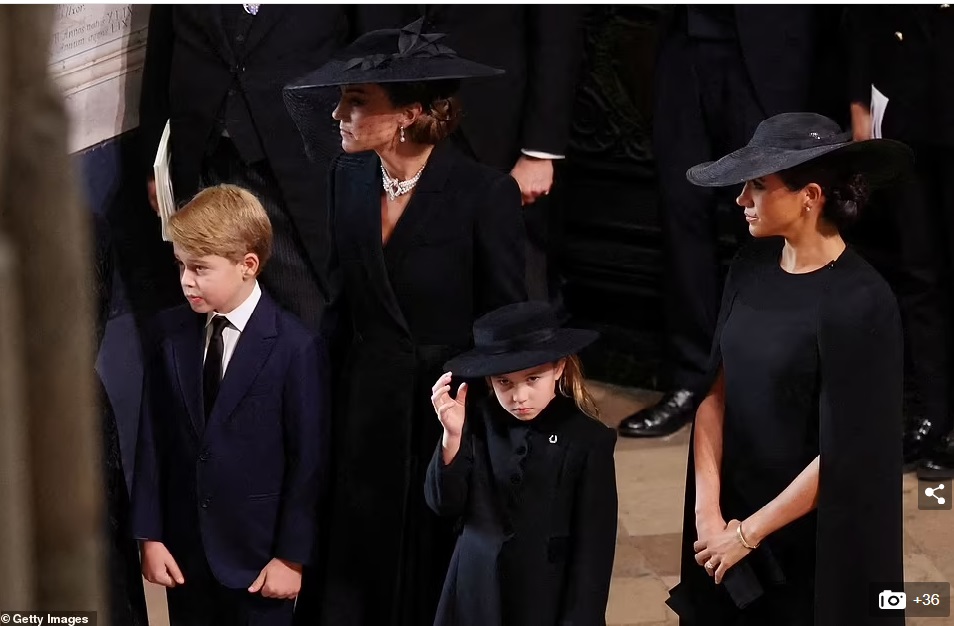