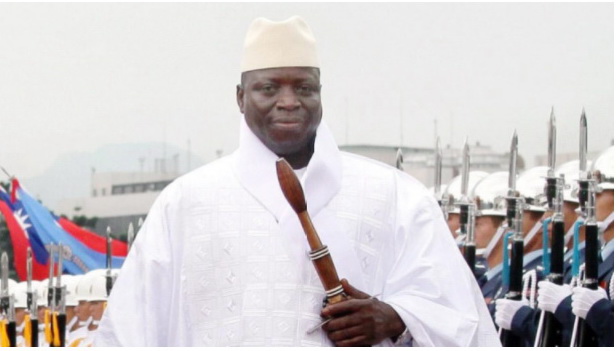 The Gambia’s former leader Yahya Jammeh should face prosecution for murder, torture and rapes, according to a new report by a commission established after he fled into exile five years ago.

The long-awaited report released late on Friday recommends that a special international court be set up to try Jammeh and others in West Africa, but outside of The Gambia.

“Over a period of 22 years, starting from July 22, 1994, Yahya Jammeh and … co-perpetrators committed very serious crimes against the people of The Gambia,” the Truth, Reconciliation and Reparations Commission’s report said.

The commission was set up in January 2017 by President Adama Barrow, whose election in 2016 put an end to more than 20 years of dictatorship.

The report, which is based on years of witness testimonies, had already been presented to Barrow, but its posting online on Friday marked the first time the complete findings were made public.

Gambian Justice Minister Dawda A Jallow said the government was “committed to the implementation of the report”, but would not release a paper before May on how it plans to go forward.

Reed Brody with the International Commission of Jurists said he expected pressure to now mount on The Gambia’s leader “to deliver justice without further delay for victims who have already waited five years, and in some cases much longer”.

“There is still a lot that needs to be done, but I wouldn’t be surprised if we see Yahya Jammeh in a court sooner rather than later,” said Brody, who also played an instrumental role in bringing former Chadian President Hissene Habre to trial at a special court in Senegal.

Jammeh, who ruled The Gambia for 22 years, lost the 2016 presidential election, but he refused to concede defeat to Barrow. He ultimately took exile in Equatorial Guinea amid threats of a regional military intervention to force him from power.

It remains unclear whether Equatorial Guinean authorities would extradite Jammeh should criminal charges be filed.

The truth commission was mandated to establish an impartial historical record of abuses committed from July 1994 to January 2017.

The former leader went into exile in Equatorial Guinea in 2017 after Barrow’s election victory, but retains considerable support in the country.

More than two years of hearings that led to the report documented human rights abuses and horrors that occurred under Jammeh’s rule.

Human rights groups say arbitrary arrests, enforced disappearances and summary executions became the hallmark of the regime. Testimonies made by perpetrators before the truth commission confirmed that some killings were done at Jammeh’s direction.

The commission report also said Jammeh had raped women, including Fatou Jallow, who later testified before the panel and published a book earlier this year about her ordeal.