Pregnant Ghanaian nurse’s family yet to get £186k fundraising money 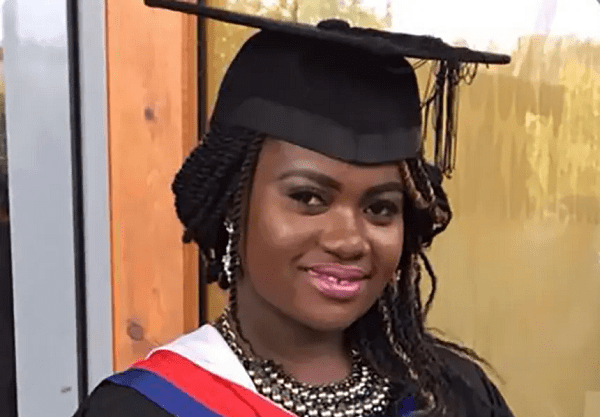 The family of a pregnant nurse who died with Covid-19 have yet to receive any money from a fundraising campaign that names them as beneficiaries.

Mary Agyeiwaa Agyapong, 28, died after giving birth in April 2020 at Luton and Dunstable Hospital, where she worked. She was originally from Agogo in Ghana.

A GoFundMe page set up by family friend Rhoda Asiedu has raised more than £186,000 and her lawyers said the money had been placed into a trust.

Ms Agyapong's widower said he found it "surprising" he had not been involved.

At an inquest last month coroner Emma Whitting found it was "unclear" how mother-of-two Ms Agyapong contracted Covid-19 before her death.

But at the hearing's conclusion Ms Whitting urged Prime Minister Boris Johnson to begin a public inquiry into the pandemic.

On 15 April 2020 an online GoFundMe page was created by Ms Asiedu, who lives in Birmingham, to support "Mary's husband, and the couple's children... during this heavy and trying time".

The money raised was paid to Ms Asiedu's legal team, Blue Trinity, who said it had been placed "on trust" for the education of Ms Agyapong's children and that 80% would be released when they turned 21.

They said the remaining 20% would be provided to Ms Agyapong's widower Ernest Boateng for "maintenance and upkeep" of the children, however he had "failed to co-operate with the trustees to arrange a schedule of maintenance".

But Blue Trinity has not responded to requests from the BBC or Mr Boateng's legal team to see the trust documents.

Mr Boateng, who is studying law, said he had been "struggling a bit" financially.

"I just try to keep my head above the water," he said.

"I find it very surprising that we have not been asked or involved with this GoFundMe money - it's beyond my understanding."

Wendy Addai, part of the fundraising team, told the BBC: "We wanted the money to be used in a way which ensured the children's well-being in their adult life as well as their childhood after seeing the huge sum that was raised, which we are very thankful for.

"None of us anticipated for us to raise this much as the original goal was £2,000.

"So we went to seek advice from a lawyer, who was finalising agreements with Ernest's lawyers.

"In regards to GoFundMe themselves they requested updates and proof with what was being done with the money but that was as far as their involvement went. Our intentions were and will always remain good and for the interest of Mary's babies."

GoFundMe said it was always clear the money would be placed in a trust, adding: "Our records show the wording of the page has not been changed since it launched on 15 April 2020."

But the BBC found an archived snapshot of the webpage on 16 April with no reference to a trust at all.

When contacted by the BBC, fundraiser Ms Asiedu directed media requests to her legal team.