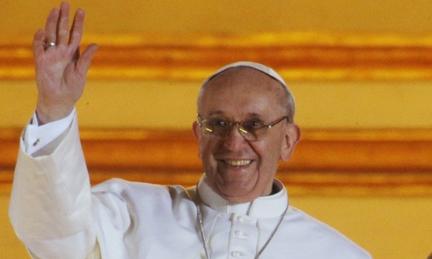 Pope Francis has called for "decisive action" in the fight against sex abuse of minors by priests.
He told Bishop Gerhard Mueller, head of the Congregation for the Doctrine of Faith - the Vatican watchdog that deals with sex abuse cases - to ensure that perpetrators were punished.

It was the Argentine Pope's first public statement on clerical sex abuse.

The new Pope was elected last month, replacing Pope Benedict, who became the first pope in 600 years to resign.

When first elected, Benedict XVI promised to rid his Church of the "filth" of clerical sex abuse, but critics accused him of covering up abuse in the past and failing to protect children from paedophile priests.

Victims of sex abuse by clergy had called for a strong response from the new pontiff to the crisis that has rocked the Church.
'Old vague pledges'
In his remarks on Friday, Pope Francis said combating the crisis - which has mired the Church in scandal from the US, Ireland and Europe to Australia - was important for the credibility of the Church.

A Vatican statement said the Pope had urged Bishop Mueller to "act decisively as far as cases of sexual abuse are concerned, promoting, above all, measures to protect minors, help for those who have suffered such violence in the past (and) the necessary procedures against those who are guilty".

In 2011, the Congregation for the Doctrine of Faith called on bishops' conferences around the world to submit guidelines for helping victims; protecting children; selecting and training priests and other Church workers; dealing with accused priests; and collaborating with local authorities.

Three-quarters of the 112 bishops' conferences have sent in such guidelines, with most of those yet to respond coming from Africa, the Vatican says.

The Survivors Network of Those Abused by Priests (SNAP) responded to the statement by calling for actions rather than words.

"We can't confuse words with actions," SNAP Outreach Director Barbara Dorris told the BBC. "When we do, we hurt kids.

"We must insist on new tangible action that helps vulnerable children protect their bodies, not old vague pledges that help a widely-discredited institution protect its reputation."