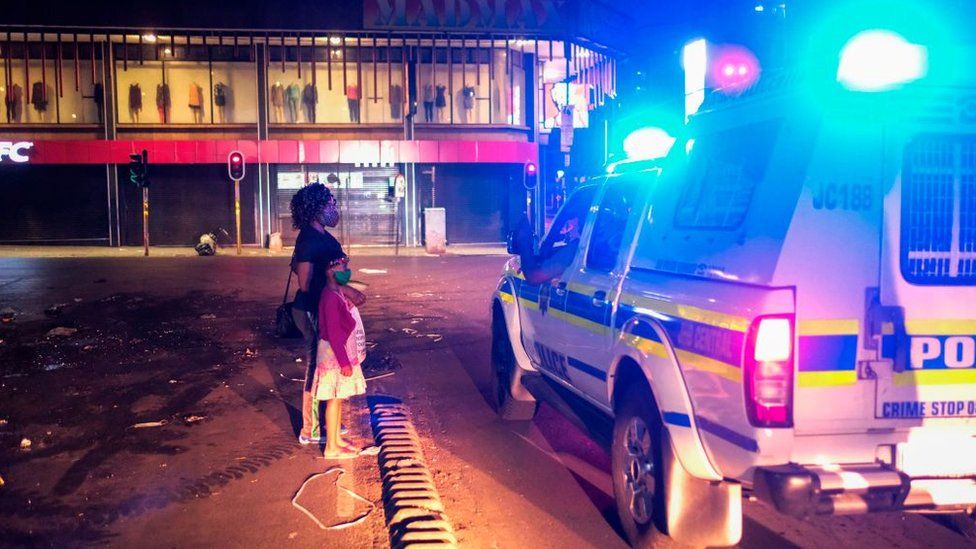 South Africa has lifted overnight curfew rules, with officials saying the country may have passed the peak of its fourth wave of Covid-19 infections.

There had been a marginal increase in the number of deaths, it added.

The World Health Organization (WHO) has warned of a "tsunami" of infections from Delta and Omicron variants that could overwhelm health systems.

But in South Africa, a statement released after a special cabinet meeting said cases and hospital admission rates had dropped in almost all provinces across the country.

The changes announced include lifting restrictions on movement between midnight and 04:00. Businesses will also be allowed to sell alcohol under normal licensing rules, instead of closing at 23:00.

Overnight curfew rules of varying severities have been in place since a national state of disaster was declared in late March 2020.

The country still has "spare capacity for admission of patients even for routine health services" despite the Omicron wave, officials said.

The public are still being urged to get vaccinated and follow public health protocols, including mandatory mask-wearing.

Gatherings remain capped at 1,000 people indoors and 2,000 outdoors or 50% at venue capacity to allow for social distancing.

The National Coronavirus Command Council (NCCC) will monitor the situation and make adjustments if necessary or if hospital pressure increases, officials said.

South Africa has recorded almost 3.5 million Covid-19 cases and more than 90,000 deaths during the pandemic.

Many countries around the world are battling the Omicron wave while weighing up restrictions: