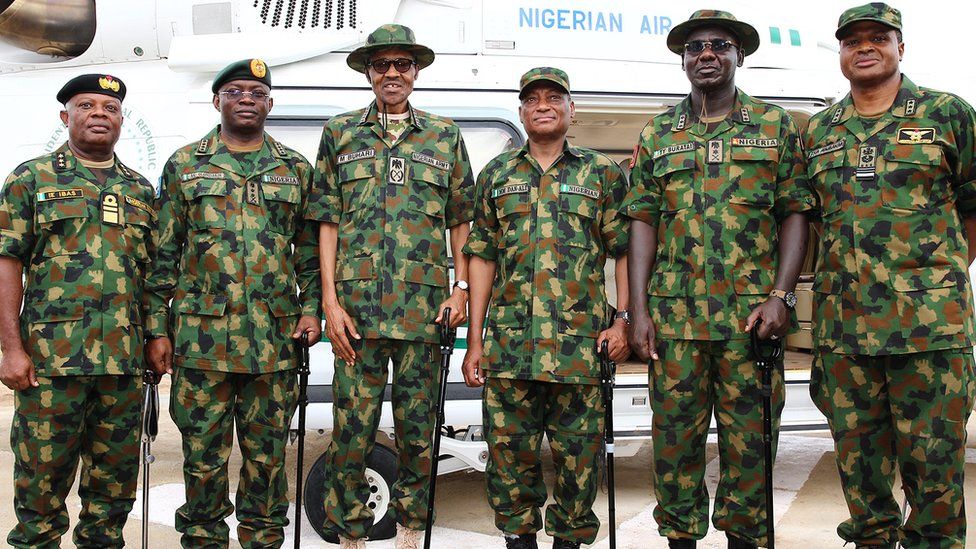 Nigeria's President Muhammadu Buhari has fired the heads of the country's armed forces whom he appointed when he first took office in 2015.

In a surprise move, he also tweeted the names of their replacements.

No reason was given for the resignations of the army, navy, air force and chief of defence staff heads.

It comes as Nigeria continues to grapple with widespread insecurity including the long-running Boko Haram insurgency and rampant kidnappings.

There have been calls, notably from the country's powerful governors and the National Assembly, for the president to replace the service chiefs as many felt they were underperforming.

Mr Buhari, a former army general, was elected in 2015 on the promise of ending the insurgency in Nigeria's north-eastern region.

However, Boko Haram continues to stage attacks despite the government saying on several occasions that Islamist militants have been defeated.

Other Islamist militant groups operating in the region have also become bolder.

Under Mr Buhari's leadership, clashes between farmers and cattle herders in the country's central region have also worsened and kidnapping gangs in the north-west operate with almost a free hand.