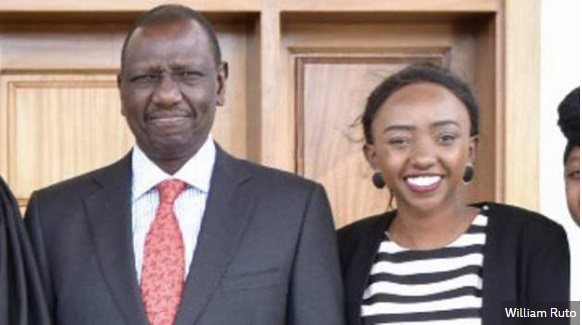 Kenya's President William Ruto has defended his daughter Charlene Ruto over claims of the existence of the "Office of the First Daughter".

Since her father's inauguration in September, Charlene Ruto has held several high-profile events and meetings under the title.

In Kenyan law, no such office exists.

On Wednesday, the president denied the existence of such an office.

“Leave my daughter Charlene alone, you know these are kids, they’re just being children, you know very well that there is no such office…. she is just being the daughter of William Ruto and sometimes she doesn’t know the divide between the president and the father,” Mr Ruto told journalists at State House, Nairobi.

The activities of the president's daughter had prompted questions over whether she was using taxpayers' money.

But last month she denied that public money was being used to fund what she called the "Office of the First Daughter".

She said: "The Office of the First Daughter is a private entity. It is neither a constitutional office nor is it being funded by the Kenyan taxpayer."