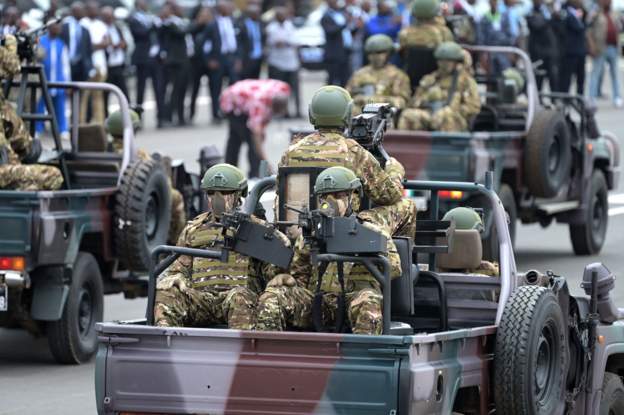 Mediations to have Ivorian soldiers detained in Mali released have been unsuccessful
30.5k Shares

Ivory Coast's top security organ held an extraordinary meeting on Wednesday chaired by President Alassane Ouattara on the situation of the 46 Ivorian soldiers detained in Mali since 10 July.

In a statement on Wednesday afternoon, the National Security Council (CNS) denounced the "unacceptable blackmail" of the Malian transitional authorities for demanding the extradition of certain Malian personalities in exile in Ivory Coast in exchange for the release of the Ivorian soldiers.

The CNS says it has instructed the foreign affairs ministry to refer the matter to the West African regional bloc (Ecowas) to organise an extraordinary meeting on the crisis between the two neighbours.

Abidjan had expected an end to the crisis after three female soldiers were released on 3 September, but to date the remaining 46 Ivorian soldiers are still being held, with their case considered a judicial matter in Mali.

Ivorian authorities now say Mali's demand confirms that the soldiers are not mercenaries but hostages.

Mediations by several heads of state in the region seeking the release of the Ivorian soldiers through diplomatic channels have not been successful.

On 15 August, the detained Ivorian soldiers were charged by the Malian judiciary for attempting to undermine the security of the state,.

Abidjan however said they were on a mission for the UN peacekeeping mission in Mali (Minusma).