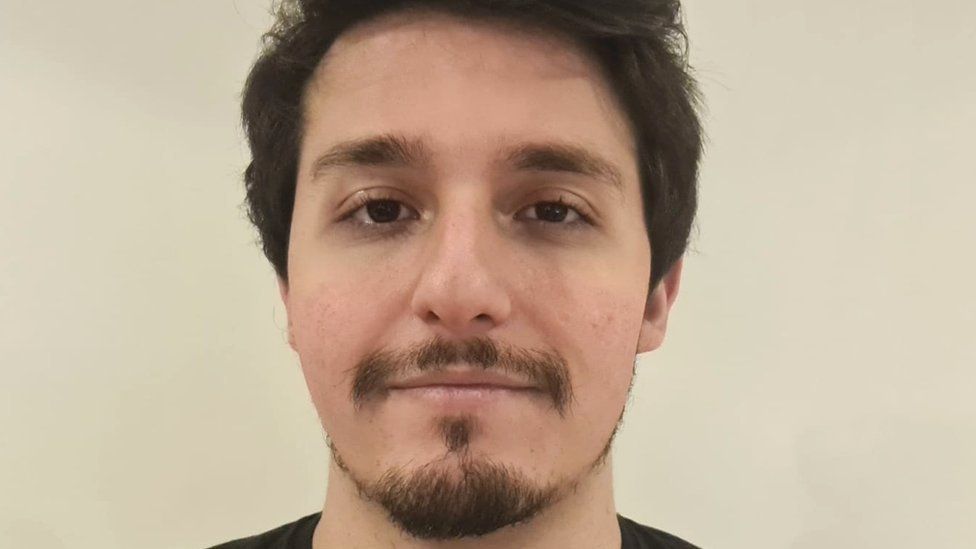 Jonathan Reuben says he became suspicious when he saw the value of his funds plummet
30.5k Shares

"I was following this guy on Instagram and he always posts with his car, a rose gold Maserati, saying that he's rich and self-made and really young, he's only 21," says Jonathan Reuben, 24, an accountant.

Jonathan is one of a rising number of Instagram users who have lost money to alleged fraudsters posting on the social networking service.

Since the coronavirus outbreak began last year, the average number of Instagram frauds reported each month has increased by more than 50%, according to new figures by Action Fraud, the UK police national reporting centre for fraud and cyber crime.

Jonathan said the alleged fraudster, Gurvin Singh, a man from Plymouth, claimed he got rich quick through foreign exchange trading. Mr Singh then offered users who follow him on Instagram the chance to follow his get-rich-quick trades.

"He said any trade he does will be copied to my account when I signed up."

Jonathan said he was promised almost immediate profits and given access to a trading platform called Infinox, where he could analyse his investment's performance.

At first, his profits rose and he invested more money. But he became suspicious after a few months, when he saw his funds plummet over two days.

"I did attempt to withdraw, but it just said withdrawal failed. I asked them for an explanation and their excuse was that the profits dropped because of Brexit. After a few days all my money was gone and I could no longer contact Gurvin or anyone involved," Jonathan said. "I've reported it to the police, my banks and Instagram."

'People are sucked in'
Jake Moore, a cyber security specialist, says that with a lot of young people looking at social media every day, scams like this are becoming more common.

"People are sucked in and want to believe it and want that lifestyle, especially these days, with young people struggling to get jobs," he said. "You definitely see more people looking at different and newer ways to make more money."

"There are billions of social media accounts and algorithms aren't sophisticated enough yet, we can't rely on computers to do this. Social media companies have got a steep wall up against them."

He urged social media users to never part with money when they are dealing with somebody they don't know.

"There are accounts out there offering these wonderful schemes where you can double, triple, quadruple your money. These are scams," he said.

"There's no place for fraudulent or inauthentic behaviour on Instagram. We have a safety and security team of 35,000 people working to keep our platforms safe and we block millions of inauthentic accounts every day," a Facebook company spokesperson said.

The Financial Conduct Authority (FCA), which regulates financial markets in the UK, said Mr Singh had been added to a list of unauthorised traders targeting people in the UK.

It strongly advised investors to only deal with financial firms that are authorised by the FCA.

Action Fraud's National Fraud Intelligence Bureau said the activities of Mr Singh were being investigated, but said there was no criminal inquiry.

Mr Singh did not respond to the BBC's request for comment.

A spokesperson from Infinox, the platform Jonathan used, said any suggestion that it had acted without integrity or breached any rules was rejected. The spokesperson said it could not comment on the activities of Gurvin Singh as they did not relate to any services Infinox provides.