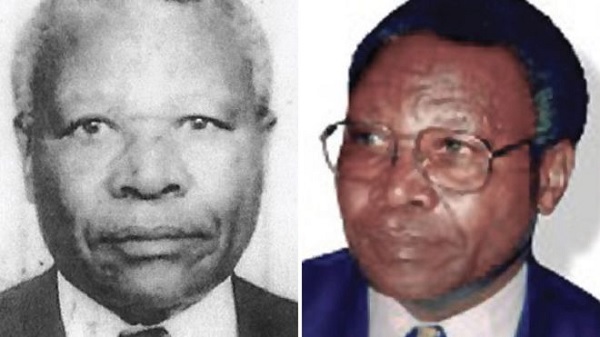 Rwandan genocide survivor groups have welcomed the arrest in France of one of the most wanted men accused of being behind the mass killings.

Félicien Kabuga, 84, was detained near Paris, where he had been living under a false identity.

He is alleged to have been the main financier of the ethnic Hutu extremists who slaughtered 800,000 people in 1994.

"Every genocide survivor is happy he is arrested," the leader of widows' group Avega told the BBC.

"Everyone has been waiting for this news because he was at the top of suspects list. It is a good thing that he is going to face justice," Valerie Mukabayire added in an interview with the BBC Great Lakes service.

The International Criminal Tribunal for Rwanda (ICTR) charged Mr Kabuga with seven counts of genocide and crimes against humanity in 1997.

Those behind the slaughter were targeting members of the minority Tutsi community, as well as their political opponents.

Mr Naphtal said his members wanted Mr Kabuga to stand trial in Rwanda, which would "give a strong message to all Rwandans and genocide perpetrators in particular".

But that is unlikely to happen as the case will be dealt with by the International Residual Mechanism for Criminal Tribunals (IRMCT) at The Hague, which is handling outstanding cases after the ICTR closed in 2015.

Following completion of appropriate procedures under French law, Mr Kabuga is expected to be transferred to the custody of the IRMCT.

Commenting in a tweet, Rwanda's National Public Prosecution Authority welcomed the arrest adding that "Rwanda will continue to collaborate with the IRMCT to ensure that justice is delivered".

The suspect, a wealthy businessman from the Hutu ethnic group, is accused of being one of the main funders of the Rwandan genocide, paying for the militias that carried out the massacres, BBC Africa editor Will Ross reports.

He also founded and funded the notorious Radio Télévision Libre des Mille Collines (RTLM), a Rwandan broadcaster that actively encouraged people to search out and kill anyone who was from the Tutsi ethnic group.

The authorities had been searching for Mr Kabuga for many years

Commenting on the arrest on Saturday, Serge Brammertz, the chief prosecutor at the IRMCT, said it was "a reminder that those responsible for genocide can be brought to account, even 26 years after their crimes".

"For international justice, Kabuga's arrest demonstrates that we can succeed when we have the international community's support," he added.

There are now two people earmarked for trial by the International Criminal Tribunal for Rwanda who remain at large - Protais Mpiranya and Augustin Bizimana.

How did the genocide unfold?

On 6 April 1994, a plane carrying then-President Juvenal Habyarimana - a Hutu - was shot down, with all on board killed. Hutu extremists blamed a Tutsi rebel group, the Rwandan Patriotic Front (RPF) - an accusation it denied.

In a well-organised campaign of slaughter, militias were given hit lists of Tutsi victims. Many were killed with machetes in acts of appalling brutality. 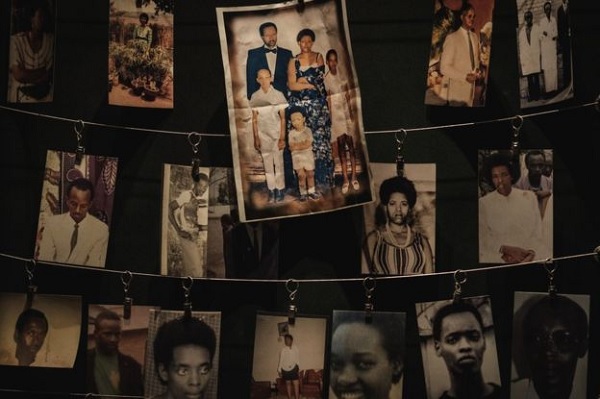 Photographs of some victims are displayed at the Kigali Genocide Memorial

One of the militias was the ruling party's youth wing, the Interahamwe, which set up road blocks to find Tutsis, incited hatred via radio broadcasts and carried out house-to-house searches.

Little was done internationally to stop the killings. The UN had forces in Rwanda but the mission was not given a mandate to act, and so most peacekeepers pulled out.

The RPF, backed by Uganda, started gaining ground and marched on Kigali. Some two million Hutus fled, mainly to the Democratic Republic of Congo.

The RPF was accused of killing thousands of Hutus as it took power, although it denied that.

Dozens of Hutus were convicted for their role in the killings by the International Criminal Tribunal for Rwanda, and hundreds of thousands more faced trial in community courts in Rwanda.