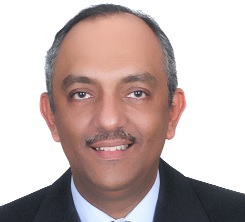 The Egyptian Ambassador to Ghana, Mr Omar Selim, says Egypt will emerge from its current political crisis stronger than before.

Speaking to the Daily Graphic in Accra, Mr Selim said the country had learnt lessons from the past and would not do things in the reverse as was the case of ousted President Mohammed Mursi’s era when he was elected before the constitution came into effect.

Mr Mursi was toppled on Wednesday, July 3, a year after coming into power. For a rule fraught with accusations and counter-accusations and demonstrations, Mr Mursi had been accused of deepening the country’s religious divide and failing to live up to his campaign promises, including improving living conditions, education, health and social justice.

On June 30, 2013, millions of people poured on the street in defiance. Egypt’s powerful Army stepped in giving the president an ultimatum to dialogue with the opposition and warned that it would intervene if the government and its opponents failed to heed "the will of the people".

The army lived up its word and Mr Mursi was removed. Twenty four hours later, Egypt’s Chief Justice was sworn in as President.

The move attracted wild jubilation across the country, and at the same time sparked anger among Mr Mursi’s supporters.

But across the world, critics say the army’s move was a bad one that kicked democracy in the groin.

However, Mr Selim defended the army saying it only came to the aid of the people.

Mr Mursi came to power riding on the popular Arab Spring that started in Tunisia when outrage over high unemployment rates caused Mohammed Bouazizi, a young university graduate, to set himself on fire after police confiscated the fruits and vegetables he was selling in an effort to earn a living.


Bouazizi’s act of self-immolation on December 17, 2010 became the catalyst for protests across the Arab world, culminating in the fall of former Egyptian President Hosni Mubarak on February 11, 2011; the demise of Muammar al-Qathafi on October 20, 2011 and the resignation of Yemen's Ali Abdullah Saleh on November 23, 2011.

With Mubarak gone, the political environment lacked any strong political party with clout; in came the Muslim Brotherhood which used it’s highly organised social and political networks to position itself as the next alternative.

That, Mr Selim said was the beginning of Egypt’s current crisis.

“They had the financial means and the network inside the country and in every single village inside the country. They pressed for the holding of a referendum as soon as possible. They pushed for Parliamentary and Presidential elections before the constitution comes into effect,” he said

In the end, the Muslim Brotherhood had its way. Using its newly found strength and financial muscle, the Brotherhood put up Mr Mursi on the Ticket of the Justice and Freedom Party (JFP), its political wing.

With a polarising choice between the Muslim Brotherhood’s Mr Mursi and the former Mubarak-era Prime minister, Mr Ahmed Shafiq, facing them, Egyptians opted for Mursi.

“At that point, there were no political parties in Egypt that were ready to face the Muslim Brotherhood and in the end they got most of the Parliamentary seats because they were the best organised and they used the religious slogans as a means to woo voters.

That was not all. Delving into the former president’s performance, Mr Selim said, Egypt’s first democratically-elected leader did  not live up to expectation but rather embarked on a project to strategically put Muslim Brotherhood members into key  positions to prevent free and fair elections in the future.

He said the former president tightened his grips on power through the issuance of constitutional decrees that gave him immunities from his past, present and future actions.

“This was unprecedented in Egyptian history, except the Pharaoh’s time but then the Pharaohs would not give immunity to their future decisions.”


The accusations came in torrents. “Mursi’s presidency saw, the marginalisation of the youth, deteriorating role of women in the society and not giving the chance to anyone to express their will freely.”

Among key economic reforms, the Mursi government rolled out was the Renaissance project.  It projected an aggressive transformation of Egypt’s economy.

The project was expected to lead to a gross domestic product of 6.5 per cent or seven per cent in five years.

The project also aimed to reduce Egypt’s unemployment rate by five per cent a year and increase the budget for education to 5.2 percent of G.D.P. from 3.3 per cent.

However, a year into the Mr Mursi’s rule, the dream was unable to take off.

Pro- Mursi supporters believed that the government had too much on it plate, coupled with bureaucratic bottlenecks to deliver its mandate quickly.

But Mr Selim would not swallow that line.

A New York Times article published in May sums up the country’s economic struggles, “Egypt’s jobless rate has risen to almost 13 per cent in two years, from nine per cent, economic growth has slowed to two per cent, from about 5.5 per cent, and there are very few moves being made to restructure budget allocations.”

Egyptian democracy in a hurry

Critics of the current uprising are of the view that Egyptians should have allowed the Mursi regime to complete its term.

But that, the Egyptian Ambassador said could not happen because “the country was collapsing socially — there was a big divide in the country, the country was moving to a path that was very difficult to consolidate democracy.”

That way you can stimulate and put the economy back on track.”