Controversial Princess Diana interview from 1995 is under investigation again 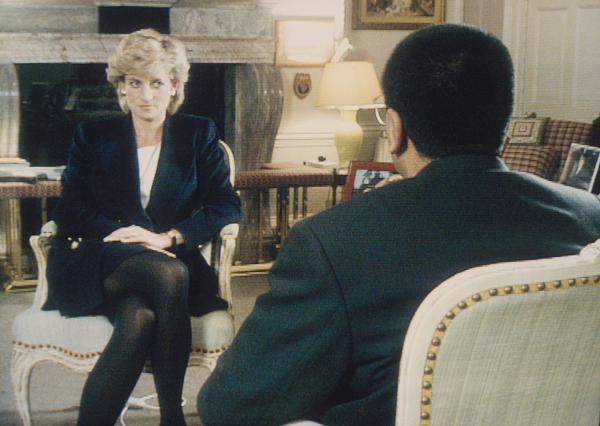 In a 1995 interview with the BBC, Princess Diana lifted the lid on her failed marriage with Prince Charles. Her conversation with journalist Martin Bashir ignited criticism and changed the course of royal history. Now the BBC is reopening an investigation on whether it acted improperly to land the interview.

Many people think BBC got Diana to agree to the interview under false pretenses. Bashir has long been alleged to have used forged documents that suggested the palace staff were working against Princess Diana and being paid to spy on her, CNN anchor and correspondent Max Foster reported.

With a new director-general at the BBC, those allegations are being revisited. It couldn't come at a more inconvenient time for the media company: BBC is currently focusing on negotiating a future funding package with the British government. The outlet's publicly funded model faces growing scrutiny, including from UK Prime Minister Boris Johnson.

"The media landscape has changed beyond recognition in the 25 years since Diana sat down with Bashir," Foster pointed out.

But BBC's Director-General Tim Davie is dedicated to investigating the circumstances of the interview. A retired senior judge will lead the probe.

"We will do everything possible to get to the bottom of this," Davie said in a statement.

Matt Weissler, who was a graphic designer for BBC at the time, admitted to mocking up bank statements after Bashir reached out to him and said he needed "some bank statements." Princess Diana's brother Charles Spencer claims that Bashir tricked him by showing him the false bank statements, prompting him to introduce the journalist to his sister.

"The whole premise of the interview was set up on false and dodgy grounds," Richard Kay, a reporter at the Daily Mail, said.

Buckingham Palace was blindsided by the 1995 interview, according to Charles Anson, the queen's press secretary at the time.

"There wasn't much that we could say," Anson told CNN.

But palace staff were instructed to support the princess, Foster reported.

Shortly after the interview, in 1996, BBC launched an internal inquiry and concluded that documents had been forged but didn't play a role in Diana's decision to participate in the interview.

Bashir has not defended himself publicly, and he did not respond to CNN's request for comment. He is currently on leave, recovering from heart surgery and complications from Covid-19, according to a statement from BBC.