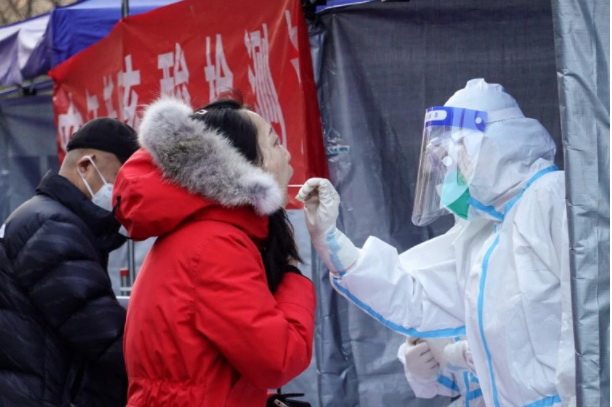 China has started 2022 with its biggest tally of local coronavirus cases for any seven-day period since subduing the country’s first epidemic nearly two years ago, despite an arsenal of some of the world’s toughest COVID-19 measures.

The National Health Commission reported on Saturday 175 new community infections with confirmed clinical symptoms for December 31, bringing the total number of local symptomatic cases in mainland China in the past week to 1,151.

The surge has been driven mostly by an outbreak in the northwestern industrial and tech hub of Xi’an, a city of 13 million.

The deepening outbreak in Xi’an will likely firm authorities’ resolve to curb transmissions quickly as and when cases emerge.

The city, under lockdown for 10 days as of Saturday, has reported 1,451 local symptomatic cases since December 9, the highest tally for any Chinese city in 2021.

The state-backed publication, China Daily, said that the capital of Shaanxi province, “is still facing a tough battle” against the outbreak, and that there is no “turning point” yet in containing the spread of the virus.

Liu Guozhong, secretary of the Shaanxi Provincial Committee of the Communist Party of China, said there should be a “sense of urgency in the fight against COVID-19 in the days to come”.

“Xi’an is the decisive destination in the fight against the pandemic and only when the outbreak in Xi’an has been put under control can we fundamentally reverse the passive situation in the entire province,” Liu was quoted by China Daily as saying.