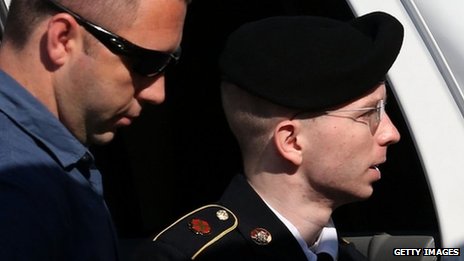 Bradley Manning, the US army private accused of leaking thousands of classified documents, has been found guilty of espionage but not guilty of aiding the enemy.

Pte Manning has been found guilty of 20 charges in total.

He had acknowledged leaking the documents to anti-secrecy organisation Wikileaks but said he did so to spark a debate on US foreign policy.

The leak is considered the largest ever of secret US government files.

He faces a maximum sentence of more than 100 years. His sentencing hearing is set to begin on Wednesday.