‘Teaching of French to be modernised in Ghana’ 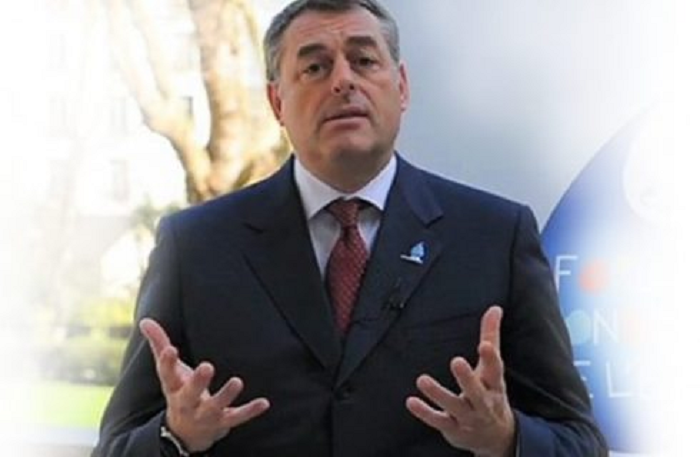 The Embassy of France in Ghana has started a new programme to modernise and extend the teaching and learning of the French language in Ghana, the French Ambassador, Mr François Pujolas, announced this during a reception to mark this year’s French National Day at the residency in Accra.

Beyond this programme, the embassy is working on pilot bilingual classes with the Ministry of Education, the Ambassador stated.

As far as higher education was concerned, he said that student mobility was on the rise in both directions, and that they would also organise, for the first time here in Ghana, a ‘Higher Studies Education Fair’ next October, with Campus France Ghana.

“The French language programme is key towards increasing job opportunities and favourable exchanges between the people in a more integrated West Africa, “ he stated.

He said France wanted to strengthen its partnership with Africa, and as such considered Ghana as a major partner in West Africa where it had a key role to play in the process of regional integration.

The Ambassador was happy to note that President Nana Akufo-Addo, for his part, also wished to deepen the ties between the continent and Europe.

Mr Pujolas stressed that Presidents Emmanuel Macron and Nana Akufo-Addo would meet in the coming months to take the bilateral relations further.

“One symbol of the confidence that France and Ghana have in our partnership is the construction of the new French Embassy in Ghana, “ he sated, adding that this mutual trust was reaffirmed by Ghana’s President during the sodcutting ceremony last March.

In line with this, he recalled the launch of an initiative called ‘France and Ghana: Moving Forward Together (in French ‘en marche, ensemble’), aimed at highlighting the progress made in our bilateral partnership. Many events have taken place and many more are yet to come, he assured.

“It is worth noting that in this year, two new presidents have started their term both in France and Ghana’’, the Ambassador recalled.

To underline the attractiveness of Ghana and the trust in its economic dynamism, he recalled the opening, last February, of a direct route between Paris and Accra operated by Air France, and also the signing of a partnership agreement between the Economic Development Agency of the City of Paris and the biggest incubator of Ghana, Meltwater Entrepreneurial School of Technology.

To help Ghana address the security challenges in the sub-region, he said, last year, they engaged in a cooperation programme in the field of counter-terrorism.

He recalled the simulation terrorist attack in Ghana, as well as the counter attack strategy exercise last May at the Kotoka International Airport by Ghanaian security agencies with the support from French experts.

As a founder member of the European Union and main contributor to the European Development Fund, he said France, along with the other member states and the EU-Delegation, attached utmost importance to the relations between Ghana, West Africa and Europe.

He, therefore, reaffirmed their joint commitment to the Paris Climate agreement and gave an assurance that Europe would remain at Ghana’s side to adapt to the adverse effects of climate change and to mitigate the Green House Gas (GHG) Emissions.

Ambassador Pujolas drew the attention of all to the main theme of the reception, which was the celebration of Paris as an expression of the support extended by the French Government to the City of Paris in its endeavour to host the Olympic Games in 2024.

He thanked Ghanaian and the entire team of the French Embassy as well as the residence, his colleague ambassadors, ministers of state, members of Parliament and friends of the ‘France in Ghana’ network.

The ambassador also expressed special appreciation to his wife, Revati, and the Embassy’s Residence Manager, Vincent, for their relentless efforts.