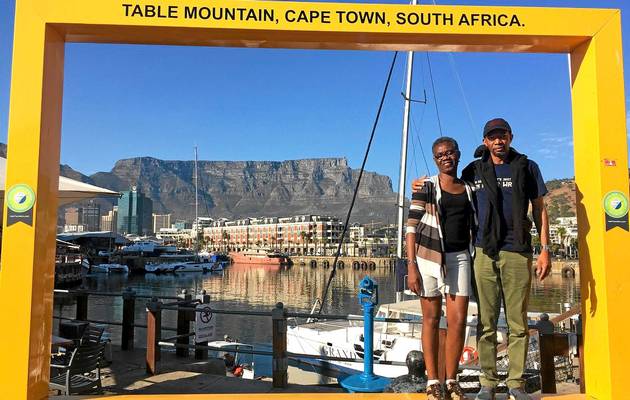 Charlotte Nikoi, the associate director Charlotte Nikoi, disappeared more than 10 weeks ago. She was last seen on the main trail in Platteklip Gorge. Her body was found on Tuesday Image by: SUPPLIED Follow @Graphicgh

The body found on Table Mountain on Tuesday has been named by Unicef as its associate director‚ Charlotte Nikoi‚ who disappeared more than 10 weeks ago.

Nikoi’s death was confirmed by Unicef in a statement issued in New York on Saturday. “We learned with great sadness that the remains of our colleague Charlotte (Nana Yaa) Nikoi have been found. All of us at Unicef are deeply saddened by this news and express our personal sympathies to her family‚” it said.

“Nana Yaa was a committed colleague who devoted the past 18 years of her life to the work and values of the United Nations. Her warmth and steadfast support will be missed by all those who knew her.

Body found on Table Mountain is a woman‚ police confirm

“Nana Yaa was reported missing on 21 March while on a family vacation in South Africa. We thank the South African authorities for their efforts and we are grateful to all those who assisted. We ask that her family’s privacy be respected in these very difficult times.”

Police in the Western Cape have so far not confirmed that the body found on Tuesday was Nikoi.

It was recovered in vicinity where the Unicef official disappeared while descending a steep trail. Her husband‚ Chris‚ and their youngest daughter last saw her around midday‚ below them on the main trail in Platteklip Gorge.

She was slower on the ascent and decided to turn around and meet the rest of her family below after they had come down from the hike.

Even though Nikoi appealed to his wife to keep climbing‚ she was a healthy 50-year-old and the path was busy on the public holiday so he felt her decision to turn back was safe.

She was in Cape Town to celebrate her 22nd wedding anniversary with her husband and spend time with her daughter‚ who was on a school break from the US.

Nikoi described her as a devoted wife and mother to their three daughters‚ aged 16‚ 20 and 22‚ all studying in the US. She had been planning a graduation ceremony this month for their eldest daughter.

The decision to go up the mountain was made at the last minute after the couple and their daughter failed to get three tickets for the ferry to Robben Island.

Extensive searches and inquiries had uncovered no information about what happened to the high-ranking UN official‚ until the body was found a few kilometres from the lower cableway station on Tuesday.

Chris described his wife to the Sunday Times as a very kind and supportive person.

She started her career in banking before working for UN agencies around the world in human resources management. They were both born in Ghana.