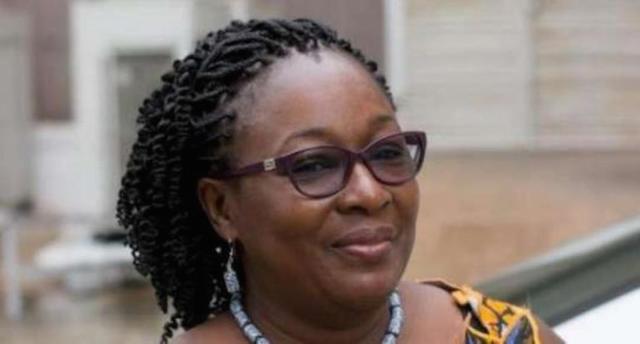 The National Theatre signed a Memorandum of Understanding (MoU) with the Multimedia Group Ltd last Tuesday, June 18 in Accra to give a facelift to popular comedy and drama show, Concert Party.

And the first revamped Concert Party, which shows tomorrow, Sunday, June 23, will feature drama performances from Bom Kasa and Yazz Concert drama groups and comedy from A1 and Abenkwan.

At a press conference to officially launch the partnership, which also seeks to promote other programmes of the National Theatre, the Executive Director, Mrs Amy Frimpong, described it as good time to serve the entertainment needs of its audience.

She said her outfit had been privy to the zeal from patrons to have Concert Party back and was happy the partnership would serve the purpose.

“In recent years, I have heard from many Ghanaians who have lamented the loss of their beloved Concert Party.

"These individuals come from various backgrounds and it shows that the popularity of the show is constant and remains one of our nation’s biggest cultural asset,” she stated.

She expressed her gratitude to Multimedia for partnering with the National Theatre on the important venture which would provide jobs for people in the sector.

“We commit to providing you and the sector with artistically engaging productions that are relevant to Ghanaians and highlight the wealth and wisdom of our country,” she stated.

The Board Chairman of National Theatre, Nana Fredua Agyeman Ofori-Atta, said he was thankful that Concert Party had been revived to discover and offer hope to young talents who would like to be part of the initiative.

“The likes of actors Akrobeto, Agya Koo and Mercy Asiedu are all products of Concert Party but unfortunately, Ghanaian elites will underrate it because they perceive the show to be below their class,” he stated.

He entreated Ghanaians to take pride in our culture and not shy away from our Ghanaian identity by speaking our local languages and accepting our customs and traditions.

The Channel Manager of Adom TV, a subsidiary of Multimedia Group Ltd, Abena Yiadom, praised the collaboration which she said was a good step in promoting Ghana’s culture and traditions.

She noted that as a TV station committed to the ideals and traditions of the country, Adom TV was honoured to be part of the new season of Concert Party since the initiative supported the station’s agenda.

“Concert Party promotes ideals, morals and the Ghanaian culture and as a TV station, we have been committed to this cause over the years and so it is not out of place to have this collaboration with the National Theatre,” she said.

The launch was laced with cultural performances from the Ghana Dance Ensemble, comedian Koo Muni and a sketch titled: Concert Ho Hia Yie to reiterate the importance of the arts.