UEFA has opened the voting for the annual Goal of the Season competition, and the usual suspects have been joined by some bright young stars.

The likes of Cristiano Ronaldo and Lionel Messi are on the list, and they've been joined by Rennes starlet Ismaila Sarr, Monaco's Enzo Millot, and Apollon Limassol's David Faupala.

Sarr's goal came against Jablonec in the Europa League group stage, when he played a one-two on the edge of the box and fired a powerful volley into the top corner. 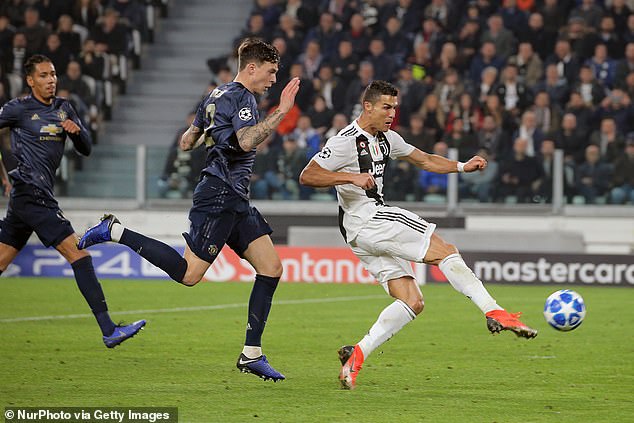 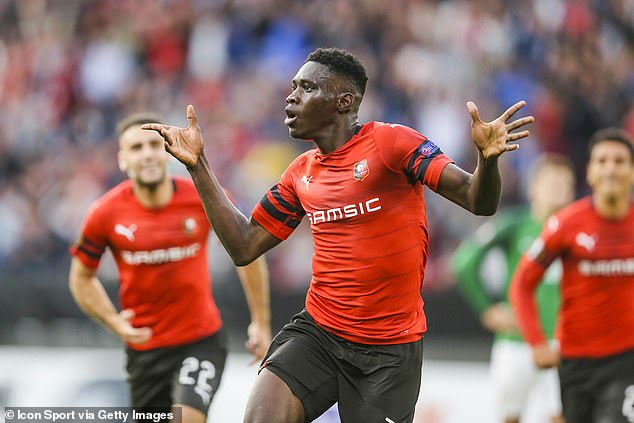 Ismaila Sarr scored for Rennes after completing a one-two move 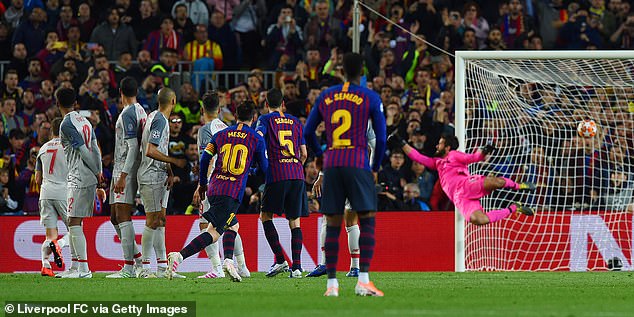 Lionel Messi's free-kick against Liverpool in the Champs League was memorable
Sarr's good recent form has led to interest from Watford, who are continuing negotiations for what would be a club-record £24million fee for the winger.

And 17-year-old Enzo Millot scored in the Under-17 European Championship quarter-finals for France, managing to chip the goalkeeper from 30 yards after a quick break.

As for the more famous goals on the list, Messi's unbelievable free-kick against Liverpool in the Champions League semi-finals makes it on there, as does Ronaldo's volley against Manchester United in the group stage. 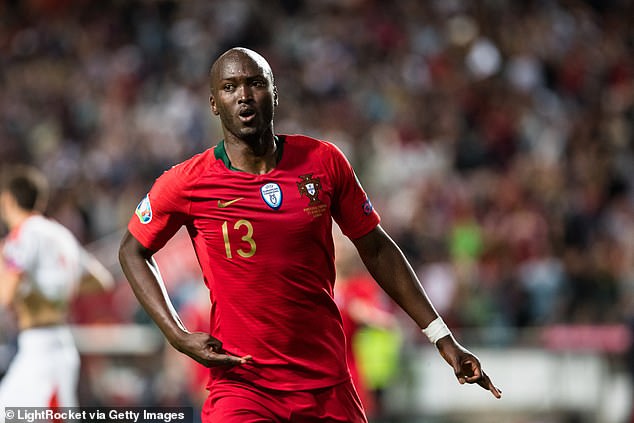 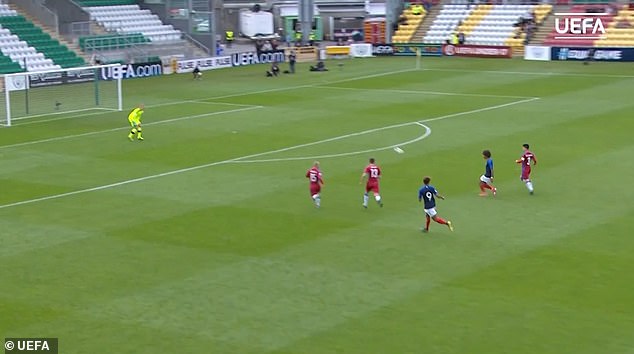 Former United player Nani, now playing for Sporting in his home country of Portugal, is also on there, for capping off a lovely passing move with some intricate skill around the box followed by a calm finish.

Chelsea's Pedro makes the shortlist as well, with his goal a very nice team effort - the Spaniard finished off the move with a close-range chip over the keeper.

Katerina Svitkova is the only woman on the list thanks to her long-range effort against Bayern Munich for Slavia Prague in the Champions League quarter-finals. 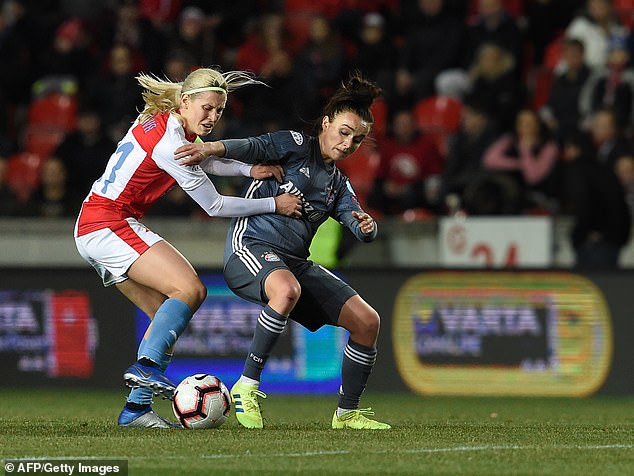 Katerina Svitkova is the only woman on the list 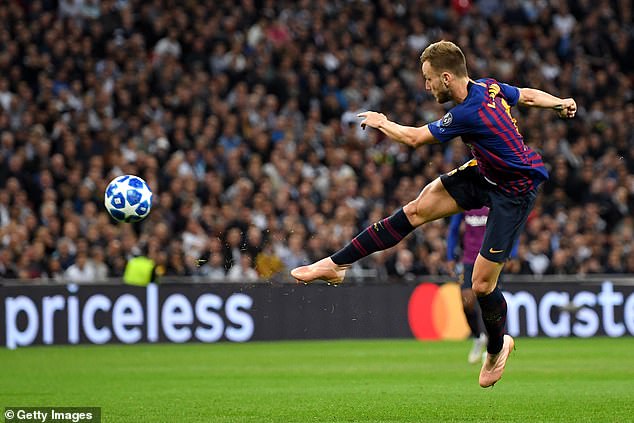 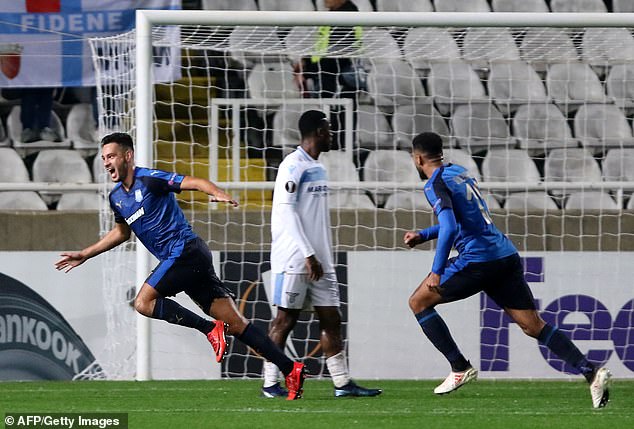 Ivan Rakitic is another Barcelona player to have scored a fantastic goal this season, putting a difficult volley from the edge of the box in off Tottenham's left post in the Champions League.

Portugal's Danilo rounds out the list with a goal in the European Championship qualifiers against Serbia. Picking up the ball near the halfway line, he goes on a surging run before placing the ball in the top corner from range. 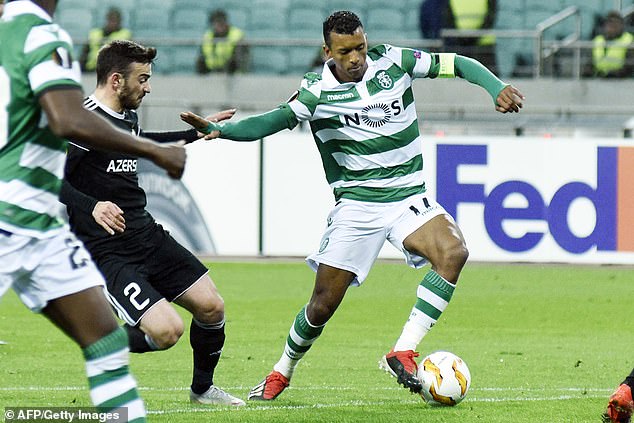 Nani scored for Sporting with some neat passing and skill 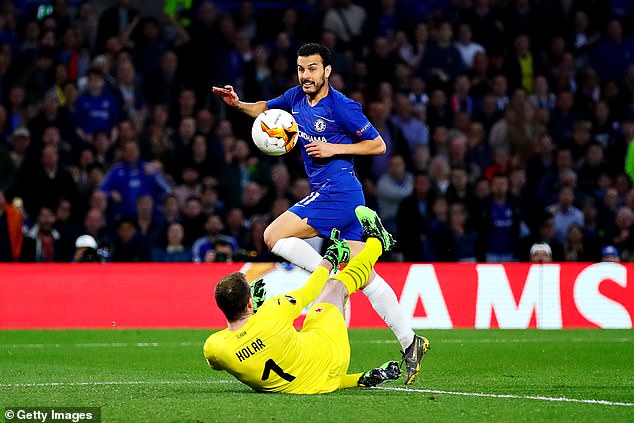 You can watch each of the goals back and vote for your favourite on the UEFA website.