Former Arsenal midfielder Emmanuel Frimpong has lifted the lid on his bitter feud with Samir Nasri.

The pair were involved in several altercations on and off the pitch when they were both team-mates and opponents - and Frimpong insists they will never be friends because of it.

Frimpong's relationship with Nasri first became fractured after the Frenchman blamed him for Arsenal's defeat against Liverpool back in August 2011. 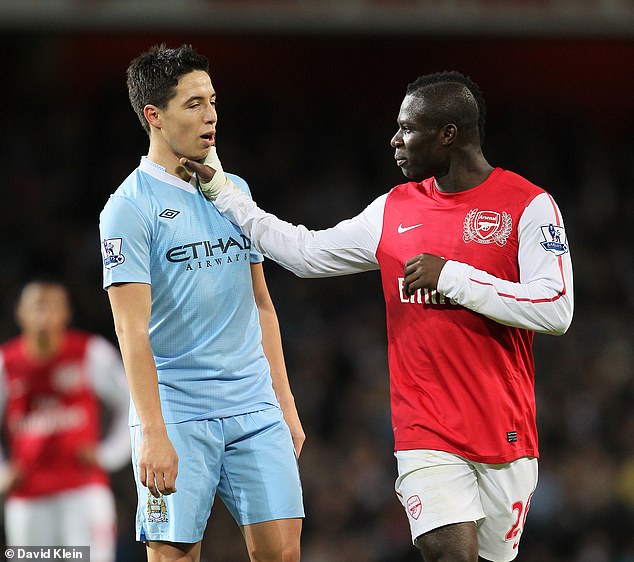 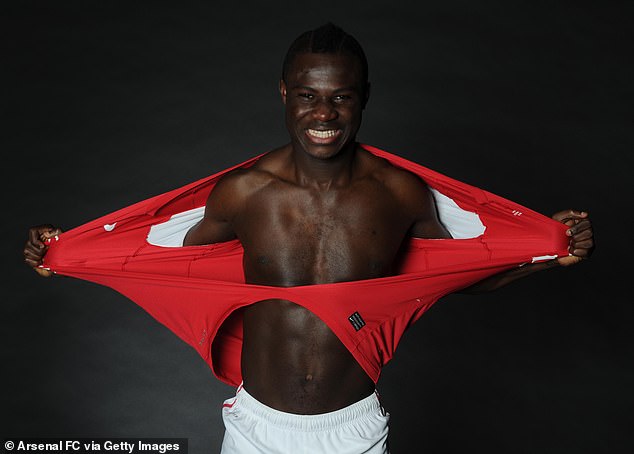 Frimpong has revealed his disdain for Nasri, who he played alongside while at Arsenal

The midfielder, then 19, was making only his second Premier League appearance for the Gunners, but was sent off in the 70th minute for a second bookable offence with the score goalless. Liverpool made the most of their numerical advantage and went on to win the game 2-0.

'Nobody needed to tell me that what I did was stupid,' Frimpong told the Athletic.

'After the game, everybody came into the changing room and Arsene [Wenger] was quiet. Then Nasri basically stood up in front of everybody and said we lost the game because of me.

'OK, I can understand that, but I was thinking, "Why would somebody — especially me playing, I think that was like my second game — why would any professional do that to a young player in that kind of moment?"' 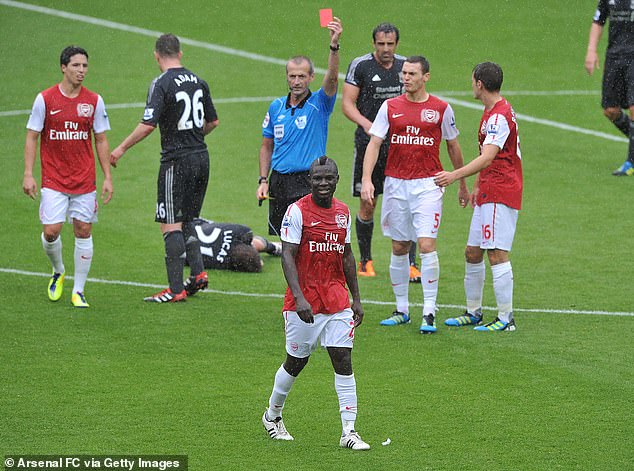 But the friction between the two didn't end there. Tempers reached boiling point again when Jack Wilshere wished Nasri good luck on his new venture after he left Arsenal to sign for Manchester City just months after that defeat against Liverpool.

It angered Nasri to the point where he rang Alex Song and asked to speak to Frimpong after a training session at Arsenal's London Colney base.

'I took the phone off Alex and it was Nasri on the phone threatening me, telling me that when he sees me, this that,' Frimpong added. 'I told him, "I'm not one of the players that's afraid of you. If you want us to sort it out as men, we can sort it out as men".

'To be honest, at that time when he left Arsenal, I could tell him what I actually thought about him because he wasn't there so I could basically let him know my feelings. So I just told him that I don't like him, I don't respect him and I will never respect him as a professional player.' 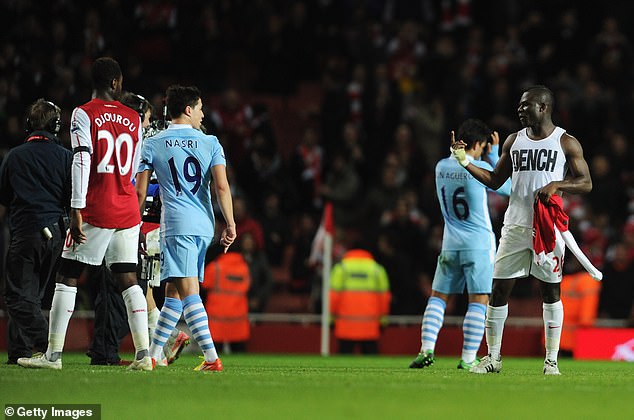 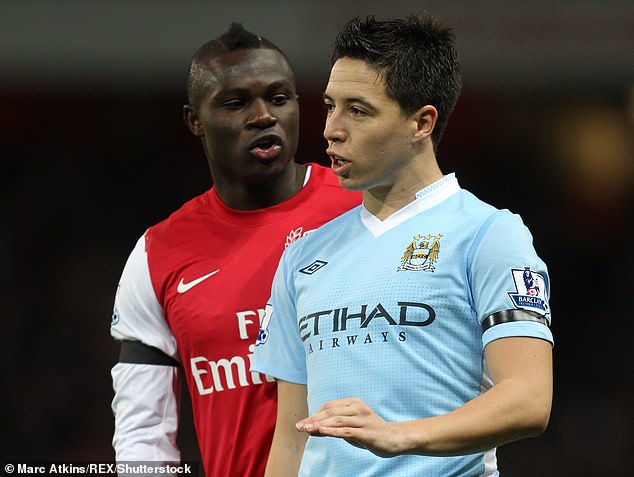 The animosity between the pair was evident when they lined up against each other in November 2011 for Arsenal's League Cup quarter-final tie against Manchester City.

Frimpong and Nasri repeatedly clashed in an ill-tempered affair and exchanged verbals at the end of the match.

Frimpong revealed Nasri, who he labelled an 'idiot' in an interview with The Telegraph last year, even confronted him in the tunnel prior to kick-off.

'During the game, he told me he could buy me,' Frimpong said. 'That's how stupid this guy is. He probably could then because he had millions, but that's no respect. 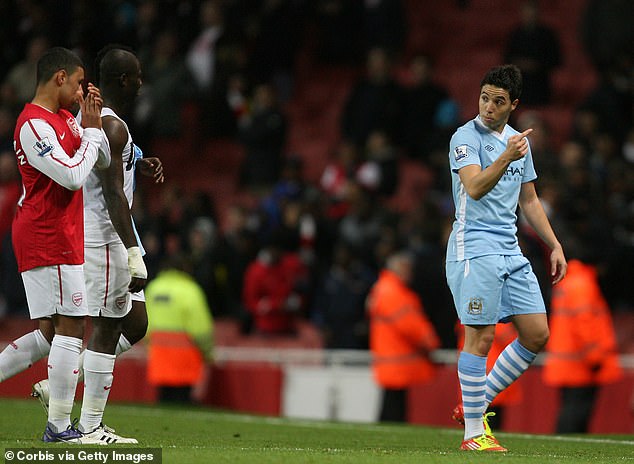 'That's what happened. I feel like he was a bully, I feel like he didn't know his responsibilities as a senior player to be able to help younger players.'

Frimpong also told The Telegraph that Nasri would regularly belittle him if he made mistakes in training, which coming from a senior figure in the dressing room, left it's mark on him.

He added: 'I have always had so much respect for senior players. You can ask Aaron Ramsey, you can ask Jack Wilshere. I never disrespected anybody. But for me, the truth is I've never liked Nasri and I will never, ever like this guy. Even if he gives me five billion dollars, I will still not like him.'