Antoine Griezmann has joined up with the Barcelona squad for medical tests after sealing his £108million move from Atletico Madrid.

The Frenchman was one of 15 members of the first team to report to the club's Ciutat Esportiva Joan Gamper base on Sunday for body composition, cardio and biomedical tests. 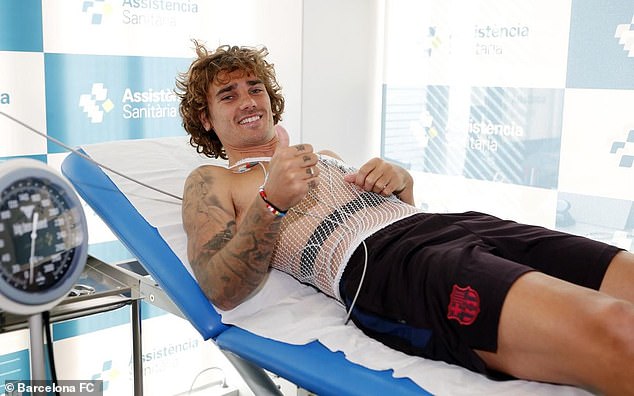 New summer signings Neto and Frenkie de Jong were not required to attend as they recently completed the tests before signing for Barcelona.

Griezmann is having his medical on Sunday despite already completing his move to Barcelona and will be officially presented later in the day.

The Barcelona players will have blood analysis tests first thing on Monday before their first pre-season training session.

Griezmann, Neto and De Jong have all been included for the first session of the season with boss Ernesto Valverde.

There will be a morning and evening session as the Barcelona squad begin their preparations for the Rakuten Cup in Japan.

Barcelona, who will face games against Chelsea and Vissel Kobe, are scheduled to train everyday next week before jetting out on for the pre-season tournament on Saturday.

The Barcelona players who competed in the Copa America have been given extra time off to recuperate and are not due to report back until later this month. 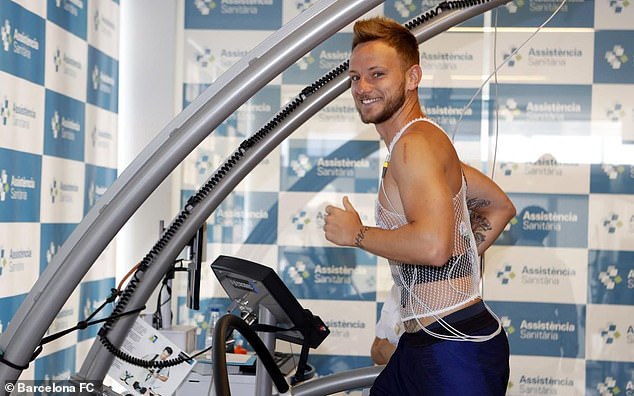 Ivan Rakitic looked happy to be back at Barcelona as their pre-season got underway
leading, Top-Story, topstories, Daily Graphic Newspaper, Graphic Sports Newspaper