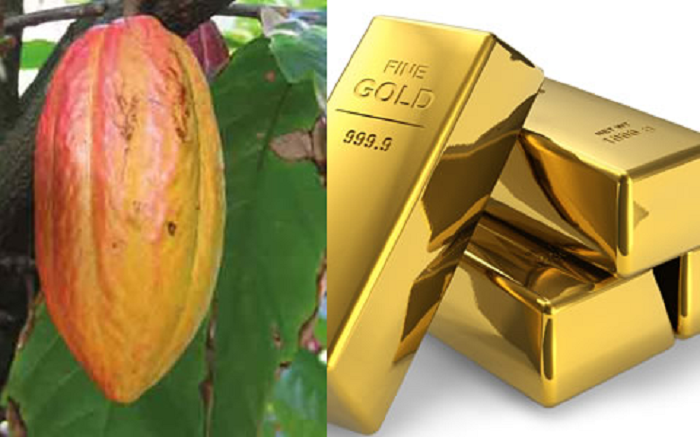 The suggestion may be strange to many. We seem to have cocoa and gold policies. But ever since colonial governor Guggisberg advised us on not keeping our eggs in one basket we have adopted and abandoned many policies anyhow. At independence we were wary of paying the requisite tax for development and we fell on cocoa exports to make up for our shortfalls on revenue. Many learned economists advised against it but we ignored them and carried on schemes without necessary taxation.

Kwame Nkrumah saw the folly of producing more cocoa than the world market needed. The practice depressed prices. He sought to keep production and consumption in balance. Eventually, he built the silos at Tema to store cocoa. They were condemned by many and have never been used to the best of my knowledge.

During General Acheampong’s regime, as a Principal Secretary, I was charged with using our cedi earnings for our imports without any external help. The ‘yentua’ policy did not encourage many external remittances or external help. I consulted my principal colleagues Dr Donkor-Fordjour in Finance and Dr. Amon Nikoi then of Central Bank. I persuaded General Acheampong to agree to send some very senior officials of the Bank of Ghana and the Ministry of Finance to Bucharest where similar silos were reported to be functioning. The delegation went and returned but never produced an official report. I failed in my duty to forcibly demand a report.

The coup occurred and I eventually found myself in Geneva, Switzerland as the Secretary-General of the UN Conference for Trade and Development (UNCTAD). Prime Minister Busia in his wisdom had charged my predecessor Ambassador Akwei to institute proceedings towards an international cocoa agreement to stabilise the production and price of cocoa. A year later, I took over and continued the negotiations towards an International Cocoa Agreement. The main aim was for producers of cocoa to maintain production at reasonable levels so as to prevent gluts in the market. It was a long process which took much of my time from 1966 to 1973. Some of my instructions about seeking support from some friends proved wrong. But I modified instructions to achieve results.

Eventually with the help of Brazil and other interested partners an Agreement was reached. I was happy. I suggested U.K. Hackman then Head of the Cocoa Marketing Board as Secretary-General of the International Cocoa Agreement. Hackman was competent but the Cote d’ Ivoire delegation strongly rejected him. They believed he would be a spokesman for Sir Eric Tansley the British cocoa expert. I had to fly to see General Acheampong to personally intervene with President Houphouet Boigny of Cote d’ Ivoire.

Eventually Hackman became the Head of the Agreement. It appeared that after that Ghana went to sleep as often happened with many important issues. The organisation was established in London and it appeared Ghana did not take much active part in the future.

When I wanted to write about the progress that was made last year and asked my grandson to tell me about what had been achieved so far, he pressed his computer and told me, to my surprise, the agreement had not even been fully ratified. I wanted to write a scathing report about our policies and my own shortcomings, but I decided to hasten slowly.

The ‘galamsey’ episode and its aftermath leave very much to our present leaders. Galamsey must be replaced by a credible policy. Politicians enter the arena to work for the good of the country and not for self enrichment. Those who simply want to make money from politics should be rooted out. National assets such as cocoa and gold are to enrich the nation and not individuals.