We do not need new laws to change society 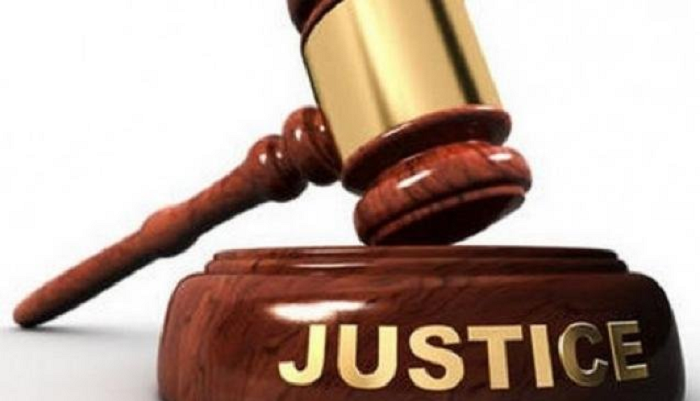 We do not need new laws to change society Follow @Graphicgh

As a people we tend to blame our tools when we do not perform well. We ask for a law to be enacted or for the existing one to be modified when something goes wrong.

We do not stop to think what we could have done or do to avert unpleasant situations. Time was when the chief rallied the people to assist re-roof a school which had fallen victim to inclement weather.

Today, we appeal to the government to come to our aid or present the begging bowl to NGOs and the representatives of foreign governments.With social problems, our attitude is pathetic.  We have over generations come to adopt a way of life and inter-personal and group relationships which were and are suitable for our needs and circumstances.As contacts with other peoples increased, our way of life was modified.

In fact, if the dead of over 20 years were to wake up they would hardly recognise the society they left only a few years ago.In 1945, I made a major tour of the country.Some women in the north went about naked with only a few leaves to cover the private parts.Today, they have changed and take active useful part in the running of the country.And this is for the good of society.But we cannot force participation in governance by law. The impediments which frustrate participation should be removed.

Some minimum education is necessary, if citizens are to participate effectively in governance. Of course, all citizens participate in choosing the government.  But we all know that this participation is not full or effective for many. Women generally fall into the category of those denied effective participation. To remedy the situation, some have called for legislation or affirmative action.In my view, affirmative action to give women places in the government structure will lead to a cosmetic change only.It seems to question the capacity of women.

Educated women are as capable as men in the governance institutions.  This was recognised long ago and Dr Aggrey went further to say that if you educated a woman, you educated a family and a nation.  Since then,the Achimota College has given equal opportunities to boys and girls and other schools have followed the practice.  I was fortunate to be involved in this social change which was not welcomed by many who believed that a woman’s place was in the home and kitchen.  We should fight against this belief which persists in many communities. After school, the girl alone does the household chores while the boy is free to play and to study.

More seriously, the belief that the girl is a plaything must be eradicated by enforcement of the law. Any person, especially a teacher, who puts a student or girl under age in the family way, should be sacked and dealt with according to law.  The police should not allow family interventions to halt the legal process.

Girls of 12 to 16 tend to like young, excellent sportsmen such as footballers, musicians, artistes and similar men in the limelight.The teachers are in a special position and if they take advantage of the situation, they should be dealt with ruthlessly.

The reported number of school girls who stop schooling because of pregnancy is large and unacceptable.  It should receive more attention than affirmative action.  The problem cannot go away by affirmative action later. Of course women have other problems when they have finished schooling and have acquired professions.  One of these is marriage and having children.Maternity leave appears to be abused by many, while the needs of those who wish to obtain higher professional training do not receive adequate attention.

If we should have women in Parliament, I would prefer mature ones with professional knowledge and experience and young ones with passion for removing the real impediments to the advancement of women in education and the professions.

Much needs to be improved in Ghana.Sometimes a radical change is needed. The law should assist. But the law is of no avail if the people do not invoke it.There is too much tendency to ask for new laws instead of using existing ones to assist national progress.

We have too much of a tendency to talk and ask somebody else to act instead of doing something ourselves.  We must assist progressive social change and invoke the present laws and procedures before we ask for new ones.