The intelligent Ghanaian’s guide to elections 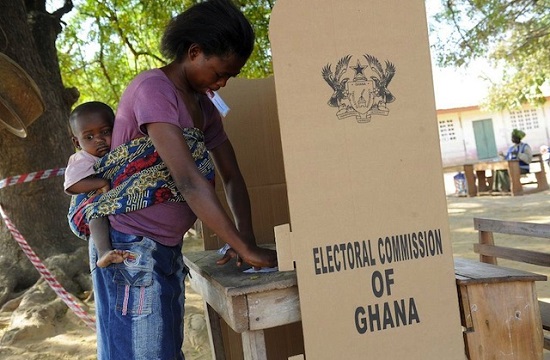 We live in difficult times.  Food, housing, clothing and transport costs go up all the time.  We tighten our belts to send our children and wards to schools and universities and there is no work for them when they graduate.  We are denied even their comforting smile in old age when staying out of bed becomes expensive.  And the apparent collapse of the National Health Insurance Scheme sends a frightening shudder down the chilling old spine.  The present is bleak.  The future is dark.  Is it, therefore, not time to pray for manna from heaven? No, the manna has already fallen on us.  We have, however, not taken full advantage of what has been bestowed on us.

But is the global economic system not against our interests? Do we not request the main beneficiaries to assist us? No, reliance on others will not resolve our problems.  We have to get out of our predicament by our own efforts.  And we can do it.  We have to suffer a little for a bright future.  There is no other way unless we want to become a satellite state void of true independence and national pride.

Only Ghanaians can plan and work for better times.  We cannot all plan and so we elect leaders to plan to get the nation on its feet.  At this critical election time, it is the duty of Ghanaians to ensure that the proposals of political parties are the appropriate ones to usher in the new progressive Ghana.

Promises about free services in the various social and economic sectors should be discussed with contempt when appropriate.  The problem is that we have a large illiterate population despite free basic education for over half a century.  It is, therefore, easy to mislead many.  But those who are fortunate to have acquired some understanding of socio-economic development should not allow those who seek our votes to get away with impossible promises.

This is not that difficult.  Practically, all the parties have members with the requisite knowledge in key positions to plan strategies to get the country on its feet.  Unfortunately, it has become the fashion to promise, shout, clap and arouse emotions to keep thinking at bay at election time.  This practice will not get us anywhere.  And the educated, who are better off, should realise that they have more to lose when an economic crush occurs or worse still, a revolution erupts.

Despite the hard times, we all should  enjoy some jamboree at election time.  But the thinking Ghanaian should add up all the projects promised and ask where the money is going to come from.  The projects may be needed to create jobs but they should be viable.  At election rallies or soon after them party spokespersons should be invited to the local forum or hall to discuss the relevance of their proposals for the area and the country as a whole.

Accra, Kumasi and other major cities are breaking at the seams with ever-increasing influx of people.  How is this movement contained? No one would like to live in a town or area with no jobs and social amenities. Therefore, projects may have to be undertaken in certain areas for population containment.  For similar ends, plans may be considered for placing the headquarters of some institutions away from Accra.

A young man asked me the other day whether I realised that there were more universities in Ghana today than there were high schools when I was at Achimota.  We made a quick tally and he was right.  But what has great increase in universities achieved in the socio-economic development of Ghana? It is disingenuous to ask the universities to teach entrepreneurship so that students will establish their own jobs when they leave the universities.  Universities in most countries have a specific role to play in education and research.  And so have technical schools and polytechnics.  What is taught at schools, colleges and universities should have some relevance to industry and services.  Educational institutions should not be sited in particular regions only for political ends.  The intelligent voter should ask the party advocate to justify the establishment of social, economic and service facilities in various areas.  Ultimately, the whole country should benefit.  A major election guide of the intelligent Ghanaian is the purpose of projects, services and infrastructures.  Kumasi technology students built the bridge which joins Kokomlemle, near Kwame Nkrumah Circle.  It was to be the beginning of projects by the students.  There were also the chalets at Elmina.  What happened to the idea? And how are technical students and graduates to acquire real practical knowledge?

The intelligent Ghanaian should ask not only what the other party did wrong but also what good ideas and projects were abandoned to increase our dependence on others.

Why is it that the Tema Motorway Roundabout and the Kwame Nkrumah Circle interchange were or are being constructed by foreign enterprises and not  Ghanaian companies with graduates from our university in Kumasi? We should refuse to be treated like children and asked to vote for the parties which constructed so many beautiful projects which made us bankrupt while we go a-begging for ideas and money from international institutions and other countries.

The intelligent Ghanaian should, in his or her voting, be guided by ideas, plans and projects.