Strikes and indiscipline will defeat the purpose of job creation 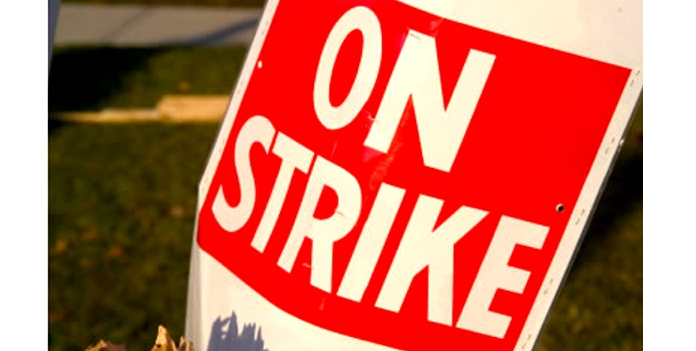 The political parties have now generally embraced job creation as a major tool for individual well-being and economic growth.  The party strategists should now be engaged on plans for major government initiatives to establish or improve the infrastructure for production and services.

Ghanaians will take advantage of the facilities created as they have done in the past.  The universities and other teaching institutions will take cognisance of what their students can or should do and give them the necessary foundation.  These institutions cannot prepare their students for work which is available only on the moon.

Politicians should stop asking our schools and universities to impart the magic wand of entrepreneurship on students so that they can build interchanges on congested routes using wheel-barrows and pick-axes.  We the people should ask them to do what will encourage our students to venture into private enterprise as some of their parents and grandparents did.

I am sure our government which emerges after the election will do what is in their power to create jobs.  What worries me however are the strikes which appear to be the only way of getting agreements respected.

For the economy we practice your word should be your bond.  The structure of the system collapses when you cannot pay what you promised.  If that happens I may not be able to pay school fees or even eat.  The young entrepreneur next door may also not be able to buy the raw materials for his or her factory.  Authority therefore undermines the “work system” if it does not fulfil its promises.

Frankly, I do not understand what is happening.  When I was a government official I did not employ anyone unless I had money in my budget to pay him or her.  The new recruit carries a letter that she has been engaged as say a nurse and the salary and conditions of service are spelt out in the letter.

When she reports at Bolgatanga the hospital has details of her employment and the salary which is available.  If for any reason the salary is being revised the Ministry of Health is involved and government will not be committed to any increase without the agreement of the Ministry of Finance which will make provision for the agreed increase.

Without a disciplined administrative system you cannot maintain a dynamic system of job creation and salary adjustments.  The Minister of Health for example, cannot employ nurses however badly needed without the concurrence of the Ministry of Finance about payment.

Neither can the President unilaterally order appointments to be given.  As a matter of fact this matter of procedure and discipline was a major cause of conflict between the “old colonial type” civil servant and Ministers at independence.  The Minister was frustrated when he wanted 10 more nurses for the new hospital immediately and the Principal Secretary said not without going through due process.

Even President Nkrumah was irritated by the process of acquiring funds for urgent work not envisaged during the preparation of the budget.

The administration got over this by giving the President a “contingency vote” which he could use at his discretion without the scrutiny of accountants or auditors.  I must say the contingency vote was used judiciously.  Nkrumah’s aides, with his consent, saw to it that expenditures were accounted for where feasible and advisable.

Many Ministers however got irritated that their senior officials would not agree to divert some of the money for an agreed road to build a street to his house.

I may be wrong but I feel that now many old type good officials have been replaced by Ministerial friends or party supporters who do what the Minister or President says.  My experience is that chaos is more likely and the party objective is not achieved if laid-down procedures are not followed.

Of course, it is not always easy to go by the rules.  But ways can be found and the truth must be maintained.  Agreed salary structures and allowances may be agreed by consultants or experts not conversant with public service culture.  It is the duty of experienced civil servants and public officers to advice the Minister or government of the implications and suggest how the problem can be resolved.

This is certainly difficult when we have a multiplicity of organisations dealing with various aspects of public service work.  Discipline in the service and in general administration is imperative if government plans are to succeed.

From the outside it appears that for years the Ministry of Finance has lost its role in monitoring and insisting on financial discipline.  Monies received do not appear to be placed where they should and when funds are required, whatever is available is used.

VAT funds do not seem to be distributed and appropriated as envisaged.  And I believe this is partly responsible for shortfalls in financing the Health Service.

Strikes and rumours of strike will undermine and even destroy some the purposes of government.  To avoid this, government must embrace discipline in its financial services and applaud rather than sack or molest officials who maintain the rules and laid-down procedures.