Public institutions do not necessarily belong to present occupants. 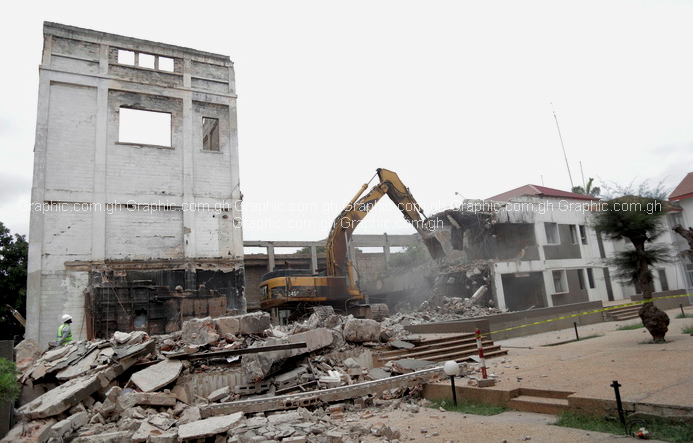 The building was constructed by the Governor of the Gold Coast, Sir Arnold Hodson, to house the government’s annual pantomime, the Zakariah Fee. The pantomime assembled all talents from the schools, the teaching profession, the civil service and similar organisations. It gave the people of the Gold Coast something to celebrate at Christmas.

Be that as it might, it was enjoyed by many. Many found the five shillings, which was a quarter of the monthly pay of the civil servant, to attend the performance difficult to afford.

It should, however, be emphasised that organisations had no right to demolish or tamper with the buildings they occupied. Recently, there were talks about some problems with the present Supreme Court building. The Supreme Court cannot change its present building. It does not belong to the judges. It is a national establishment and can only be changed by those to whom it belongs.

The rule of law should prevail. Occupants cannot do as they like with the buildings that have been assigned to them.

There is a tendency to ignore the rule of law and this should be stopped. I would advise correspondents to think about what they write and the implications. I am not Mr Know-All and those who ask questions should have some ideas of answers expected. In this particular case, as I have already stated, I was surprised that the questioner did not know that the occupants of the building could not do as they pleased.

Even if the building was on the verge og collapse, we have a procedure for pulling down structures which are nearly dilapidated. Proper procedures should be followed before a structure is pulled down and the reasons should be carefully assessed and put right as demanded by law.