No party can achieve its objectives without... 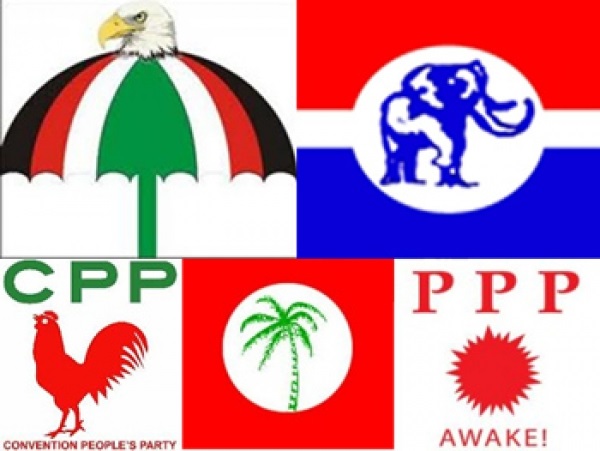 Elected representatives of the people with plans endorsed by their followers feel frustrated and annoyed when unelected public officials tell them they cannot do what they want to do.  Officials insist that rules and regulations should be obeyed.

The problem is not restrictive to Ghana as those who watch the television series “Yes Mr Minister” will realise.  It is the role of the public and civil servant to assist the politician or minister to achieve his or her aims within the rules and procedures agreed and sanctioned by the government.  The politicians or administration can of course change the roles through the laid-down procedures if they so desire.

The problem has been in Ghana since independence and the political parties should study what happened in the past and what should be changed now.

Party high officials with the necessary competence should be tasked to find out what happened in the past, how problems were dealt with, how rules and procedures were modified and with what effect.  The study should suggest ways to proceed to implement party policies in an orderly and disciplined way.

Ignorance about the past makes application of new rules and regulations difficult.  We should know that at independence there were no deputy ministers.  The Civil Service heads were known as permanent secretaries and they took charge of the Ministries in the absence of the minister.

Politicians felt the civil servants were getting too big for their shoes and their powers were somewhat circumscribed by making it clear that they were not permanent but could be removed as ministers could.  So the designation of the head was changed to principal secretary.

Even the change of designation did not help much because many ministers were not as fully conversant with Nkrumah’s policies and vision as the key civil servants.  Heads of administration or senior civil servants were therefore a thorn in the flesh of ministers who were not fully conversant with government policy.  Eventually other names of civil service heads were canvassed and now we call the heads chief directors and the like.

Sometimes ministers and the like questioned the loyalty of civil servants and to avoid divided loyalties they suggested party members as heads of public offices.  But sometimes politicians equated party enthusiasm and aims to the national interest.

The first such major issue occurred in Nkrumah’s time when the Chief Medical Officer and Director of Medical and Sanitary Services, Dr Eustace Akwei, was peremptorily removed from office.  The then Senior Permanent Secretaries like Casely Matey, Robert Gardner and Chinebuah approached Nkrumah and asked for the reason for the removal.  It turned out that Akwei refused to buy all drugs from Israel as was suggested by his minister, prompted by the powerful Kojo Botsio.

Akwei insisted that he must have price lists and other relevant information to decide in the national interest.  He was reported to Nkrumah as being insubordinate.  He was removed.  However, when Nkrumah got to know the facts, he recalled the Permanent Secretary, but Dr Akwei had then gone to WHO in Brazzaville.

The next major incident was the sacking of 568 officials by Dr Busia when he was the Prime Minister.  The matter became “Apollo 568” and a court case ensued.  In spite of the useful discussion which followed, the suspicion between politicians and senior civil servants persisted.

Now and again party enthusiasts are appointed to senior civil service and other posts.  Many civil servants learned to do the bidding of the minister to maintain their positions. Rules and regulations are changed, modified or ignored when inconvenient.  Right now the old rules and systems of the civil and public service have been replaced by modern systems.

There is nothing basically wrong with this but the modern rules, regulations and procedures do not have the same aura as the old civil service orders. Anything new appears to go and the official is well-advised to do what the minister or senior politician says to keep his or her job or be assured of promotion.

It is relevant to add that the politicians in official garbs did not improve implementation of government policy.  Rancour was introduced when there should be clarity and unity of purpose.  It is interesting to add that when Nkrumah introduced deputy ministers, the deputies did not act when the ministers were not available.

Even today it is not unusual for another minister to act when the minister is away.  Some ministers appear threatened by their deputies and other politicians in the wings.  This cannot improve smooth administration.

I believe that it is not political devotion but the non-enforcement of rules and agreed procedures which is the bane of our present administrative system.  Even I, a relatively minor official, could tell Dr. Nkrumah to modify directives or decisions to conform to administrative procedures.  He would often agree but insist that there should be no delays to implementation.  Right now it appears that all some senior officials do is to say “Yes Mr. Minister” and not use the rapport engendered to modify ministerial or political directives to promote the national interest.

We live in a world more complicated than it was during my time as a public official.  But the duties of the civil or public servant still persist and failure to do what is right will result in unnecessarily difficult social and economic situations.

None of these can improve without political party concern about the state of the civil and public service.  “Winner Takes All” is not the problem.  It is the non-so-competent in high places and the non-enforcement of rules and regulations which impede the progress of the nation.  Let us vote for the party which promises to abide by proper rules and procedures to achieve its aims and promote the national interest.