How do we dress to see the President? 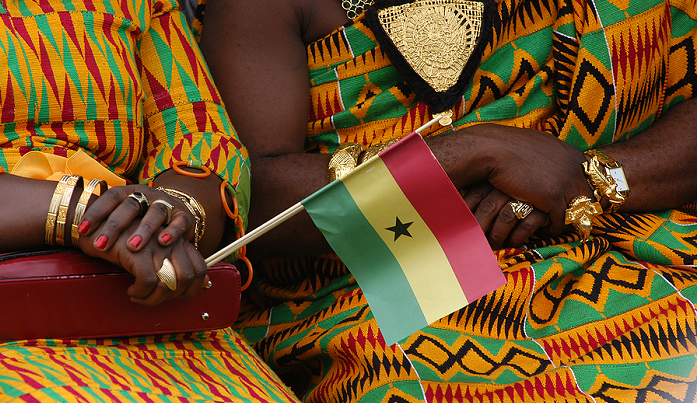 Visitors should be properly attired. Ghanaians should dress like the President, but low-keyed. Foreigners must be in suit and tie or in their “traditional” dress. Follow @Graphicgh

When a messenger next door came to tell my mother that she was wanted, she quickly removed the cloth she had on and put on another clean one.  One day when she was called, she rushed out without changing cloth.

On her return, I asked her why she rushed out without changing the cover cloth.  She said it was urgent, and for my “private information” my friend’s father was dead.

Being inquisitive, I asked more about what to wear on summons and visits.  I listened to what people said of summons by the chief and learnt about the chief not wearing cloth “superior” to what the senior chief had on.  I forgot all this when I went to Achimota College.  We wore cloth most of the time and I grabbed what I was wearing at the cricket pitch and rushed to the dining hall when it was time for meals.  On my return from England, I abandoned the tie and jacket and rushed to my classes wearing short-sleeve shirt and trousers.

When I was selected for Ghana’s Foreign Service, I was asked to have a stint at the Civil Service before proceeding to Turkey for attachment training.  At the Ministry of Finance, I worked under the British Principal Assistant Secretary.  I shared a room with a few friends and I walked towards his office when he sent for me.  Suddenly, there were gasps.  I heard someone say “you can’t go to the boss like this!”  He gave me his jacket to put on and another lent me his tie.  I looked funny and uncomfortable.   From then on I went to the office with a jacket and tie which I placed on my chair and put on when called to see a senior officer.

I dressed according to the weather and occasion until I started work at Flagstaff House.  Dr Nkrumah often wore a political suit and I was comfortable in shirt and trousers.  One day the President asked a visitor to see me.  When the security officer, Mr Kosi, brought him to my office he insisted that he was asked to see Mr Asante and not me.  I firmly asked him to sit down and asked the messenger to call my secretary to whom I dictated instructions and a letter after a glance at the documents he carried.  It was clear from his initial behaviour that I did not look like a senior aide to the President.  I, therefore, decided to wear suit to the office.

I have related the stories above to show that there are customary and personal practices relating to dress.  These days we go to the extent of asking guests to wear certain colours or dresses to functions, especially funerals.  We should, therefore, not be surprised if it is suggested that we should not dress anyhow to see the President.

During the Nkrumah regime, a Ghanaian Minister who knew President Tubman of Liberia well was surprised when the guards refused to allow him in because he was improperly dressed.  He was not in suit!  He thought it was an insult to Ghana.  But I calmed him down.  The practice is not only restricted to Liberia.  In many countries, there are strict rules about attire on formal occasions or to see the Head of State.

I must confess I have imbibed the practice of the diplomatic fraternity.  I believe we should not dress anyhow to see the President and the President should be appropriately attired to receive guests.  A female President should normally wear a well-cut local attire while a man should wear a suit and tie or a political suit.  The President’s office is air-conditioned and there is no danger of feeling uncomfortable in the attire suggested.

A visitor from the north may wear a smock but it should be properly cut, of attractive material and well-woven.  Kente or cloth of quality and design may be worn, especially on ceremonial occasions.  I would prefer a “buba” or shirt to be worn with the Kente.  But if tradition does not permit this, then “beads” and the other traditional ornaments may adorn the shoulders.

Visitors should be properly attired.  Ghanaians should dress like the President, but low-keyed.  Foreigners must be in suit and tie or in their “traditional” dress.  The Chief of Protocol of the Foreign Ministry or President’s protocol aide with the appropriate knowledge should be responsible for this, and his or her word should be final.  There should be no question of asking a minister or other high personality to be allowed to dress differently.

Perhaps I am old-fashioned but I find some visitors to the Presidency too scruffily dressed.  To me, it shows disrespect to the President and the nation.  They would not dress like that to the Court of St James, the Elyce Palace or the White House.  We should have a dress code not only for funerals but also for state occasions and audience with the President.