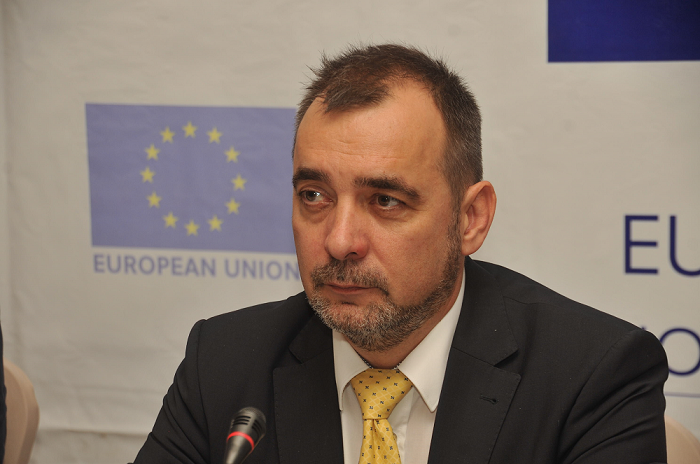 The old-fashioned diplomacy I learnt makes me react angrily when foreign diplomats openly interfere in Ghana’s internal affairs.  Therefore when I read the headline in the Daily Graphic of February 28 that “EU Observer Mission Blames EC for Tension during the recent elections” I hit the roof.

I would have prepared the ground to ask that the unconventional, garrulous diplomat is withdrawn or is declared “persona non grata” before I approached President Nkrumah on the matter in the “bad old days”.

It appears that Ghana has become a “Banana Republic” whose budget and electoral process are so greatly supported by foreign countries and interests that the independence of the country is compromised.  There was certainly tension before the recent election results were announced.  But the EU observers could not have been experts in the matter after so short an encounter that they could ascribe firm reasons for the shortcoming.  “Lack of timeous information at certain junctures” could appear to the ignorant foreign observer to exacerbate the tension; but early publicity given to undigested information could have led to ugly scenes.

I was nervous at the lack of “timeous” information during the election but as a Ghanaian who knows something about the electoral process in the country and the character of our people I do not think the delay in announcing results was due to lack of transparency or to ignoring inter-party Advisory Committee understanding.  I found it objectionable for the chief observer of the EU Observer Mission Mr  James Meszerics to suggest that the Electoral Commission was so dishonest or not transparent that he could advise that “The EC should work with full transparency, making all information of public interest immediately and easily accessible, including decisions, meeting minutes and key legislation”.

Our electoral system is far from perfect.  Our Electoral Commissions have a lot to learn.  But our Presidents are not so bad that they will appoint an Electoral Commissioner who is ignorant of what it takes to win the confidence of Ghanaian political parties and the people.  I was intrigued by the advice of the EU about the finances of political parties.  I knew something about the financing of the CPP in the early days and how the “big” men and women control the party machine and decisions.  I have argued about state assistance in the financing of political parties.  But many experienced Ghanaians disagreed with me.  It is a matter we should discuss seriously and come to a solution which will make the young and impecunious but with ideas, passion and commitment attain leading positions in the political parties.

We should not entertain any undigested suggestions from the European Union about an independent institution or machinery to monitor political party campaign financing for elections.  We know about the extravagant spending of the main political parties at elections.  We should deal with it ourselves and not rely on outsiders even if they finance processes and institutions to deal with the matter.

We seem to have got the idea of aid firmly imbedded in our innermost minds.  Even our budget has room for outside aid.  I was glad to hear our President echo Kwame Nkrumah and say that what we need is trade and not aid.  We should help to make the plans of government work so that we succeed in providing jobs for our youth who will then work to make Ghana great and strong and in so doing become confident and more patriotic.

We should do away with the habit of condemning everything proposed and done by government.  The opposition should certainly call to question all acts which impede or will impede progress.  We should be prepared to work for our future and not rely on foreign aid.  Foreign aid eventually makes us subservient and lose confidence in ourselves.  There is a lot wrong in the country.  But we do not need foreigners with their own problems and aims to fund our economic and social progress.