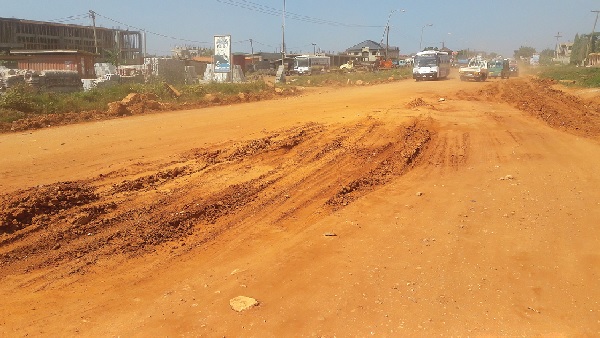 We write to complain about the inaction of the Tema Office of the Environmental Protection Authority (EPA) against an abandoned road construction causing dust pollution at Katamanso promiseland.

Several complaints have been made to the EPA by some residents for over a year and half but the situation is still the same.

Residents continue to inhale dust on a daily basis and children are at risk.

Inhabitants have also noticed that the stream in the neighbourhood has not been dredged and as a result, the area floods when it rains.

Structures have sprung up as close as 20 feet to the street.

Collections from the flood water becomes a breeding ground for mosquitoes which makes sanitation a terrible issue in the vicinity.

Some people ease themselves in nearby bushes because they have no toilets in their homes.

There is also noise pollution emanating from the numerous erected bullhorns on tall posts which blare loud and controversial religious doctrine on a daily basis for long hours.

There are many churches in the area, making the noise level a great worry.

The neighbourhood needs some regulation.

We urge authorities to send in their environmental inspection officers to help create some orderliness in the area.