Simplicity in traditions: Lessons from afar 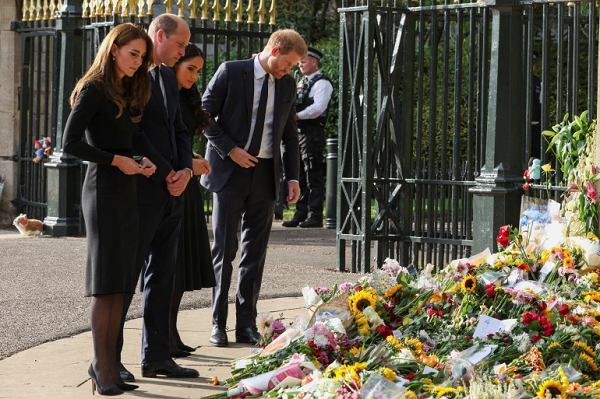 It has been a fortnight of great lessons from far away United Kingdom. When it comes to simplicity and achieving results, they score high marks.

The past 10 to 14 days, the country has shown the world how peace and tranquillity could be achieved following simple laid down procedures.

First it was the appointment of former Foreign Secretary, Liz Truss, as the new Prime Minister (PM) weeks after the former Prime Minister, Boris Johnson, was made to resign following mass resignations of his ministers. The ruling Conservative party was left with no option but to fill the vacuum created. The process of replacement was indeed charming.

They do not have an electoral system which says to organise a national polls to elect a new PM. There was therefore nothing like the political parties using the pause period to organise nationwide political rallies to campaign for votes for their chosen candidates.

So simple and beautiful the political tradition they operate under, I thought, as I watched the eventual two-horse race between the Foreign Secretary and the former Chancellor of the Exchequer whose initial resignation in June triggered mass ministerial resignations that brought the PM down.

The UK political tradition for replacing a PM who does not complete his or her full term is simply cool. The fact that power still remains with the ruling party to choose someone who then becomes the leader of the party and ultimately the next Prime Minister by popular votes is a neat political order. It saves the nation so much money running new elections.

Madam Liz Truss, having gained her party’s confidence moved to Number 10 Downing Street to assume office and barely a week later, she was informed of the passing of Queen Elizabeth II, the Head of State. Imagine what went through her mind on receiving the sad news reflecting on some pronouncement of hers as a young student leader.

This was a woman who, in her student days as President of the Oxford Liberal Democrats, criticised the British monarchy, saying it was outmoded and called for its abolishment.

If this had happened in our political space, there would have been hue and cry for her to resign the minute she was voted PM. But no, there was no outcry for her resignation for criticising then, the institution that produced heads of state for the country. Within 24 hours after the Queen’s death, the next Head of State, King Charles III, was scheduled to meet with her.

The other simplicity in the UK system that appeals is arrangements immediately following the Queen’s demise. The late Queen who reigned for 70 years dies and within 24 hours her older son steps in as King. He goes ahead and addresses the entire nation and the world.

The transition arrangements were so smooth; it looked like there was a dress rehearsal even when the Queen was firmly on the throne.
Juxtapose all arrangements so far to traditions elsewhere, notably here at home. Who dares announce the death of a King or Chief for that matter, in a matter of 24 hours? It would have been wrapped in tight secrecy and dare anyone who breached it.

Curses would have been rained on anyone who breached the “protocol” and even made to slaughter a sheep and present drinks for the pouring of libation to pacify some deities.

By the third day, the funeral arrangements for the late Queen of England was out. Over here, after the formal announcement has been made after weeks if not months, it would have been time to set up a funeral planning committee.

Meanwhile, a funeral cloth would have been in the making. It would take several rounds of drafts to get everyone that mattered, including political giants, onto the chief mourners list.

A whole entourage would visit the Jubilee House to inform the President of the passing of the chief and arrangements for the funeral.

As for someone stepping in as the successor, it would have been considered a taboo to rush to it. Nothing like the case of King Charles III.

My chief died some years ago and it took 17 years to install a new chief. All sides of the extended family who are all royals claimed it was their turn to produce a candidate. And so for the 17 years, the town had no chief and so no development.

In some areas that becomes a cause for family feuds. A family hates its own for the simple reason of occupying the vacant stool. It would never be treated as anything light no matter the wealth of the stool.

Last week, local social media funs were inundated with all types of funeral announcements and funeral cloths for the Queen of England. One funeral poster said the one week celebration was scheduled to take place at the funeral house at Ash Town in Kumasi. Another poster said she was a Ga.

Funny as it may have seemed, anyone try it for any chief here. He or she would have been branded disrespectful. A suit for millions of cedis would not be surprising.

By all standards, the events of the last few days in the UK have lessons for some of us. The main lesson is beauty in simplicity.